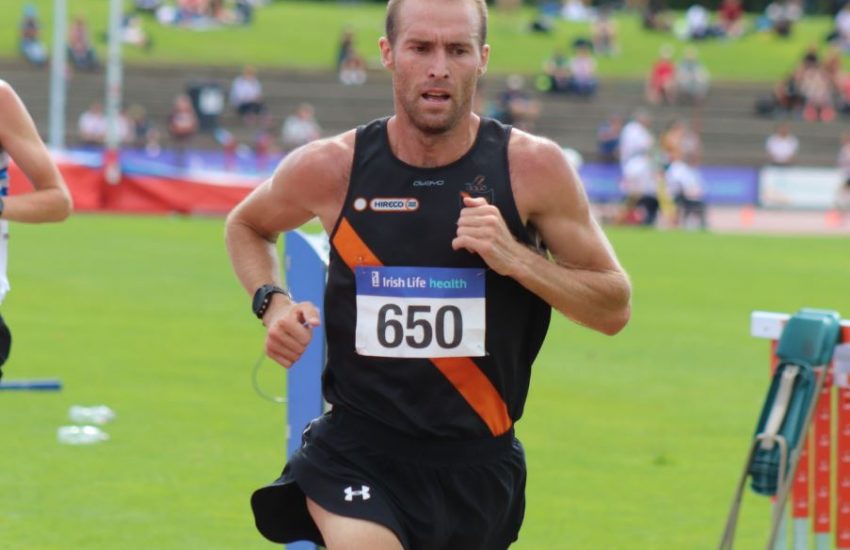 The 2022 Grand Prix season starts on Thursday next March 31 with the Frank White 5 mile track race. The organising committee has been busy taking in entries and planning the series. Further details will follow early next week. In the meantime, thanks to Maurice Ahern, we are in a position to bring you some historical background to what is a fairly unique event – a 5 mile track race:

Martin Egan the great Galway runner of the 1940’s held the long standing Best Time for a 5 mile  track race at 24.22 set in August 1946 and despite this event being competed for as a championship for many years after-his time  remained for some 70 years. Clonliffe Harriers AC gave life to the  distance by annually remembering Frank White through his Memorial 5 miles track race. It was March 31st 2016, close on 70 year’s before Martin Egan’s time was bettered when Clonliffe’s Sergiu Ciobanu won in a time of 24:14.8.  This superb track time was surpassed two years later on March  29th 2018 when on a damp night Stephen Scullion stormed around the large entry to win in a national  best time of 24:03.59. Our records show that the best ladies time so far was recorded by Rachel Wisdom on 2nd April 2015 at 31:53. Will these times be under attack next week?