The latest round of the Grand Prix Series took place on a glorious Summer`s evening at Morton Stadium tonight. Tonight was the Santry Mile and with 64 athletes competing 4 separate races were required.

Ben Lawler expressed himself delighted with the huge number of pbs recorded by his group as the conditions inspired the runners. All four races featured personal battles throughout with one of the most eagerly awaited the contest between Clonliffe stalwarts Tom Griffin and Noel Daly. Daly tearing away from the off to build a substantial lead that Griffin took to chipping away and eventually prevailed to bag whatever sum was wagered last weekend! 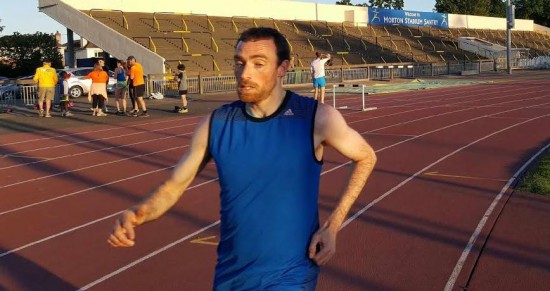 The final race of the night saw Tom Sherlock and Sean Doran resume their series long battle neck and neck until Sherlock injected pace with 800 to go to pull away and win with a night`s fastest of 4.36.65, a fine pb. Sean Doran was 2nd 4.46.9 and Niall Sherlock 3rd 5.06. The fastest women were: Ciara Peelo 5.36, Geraldine Reilly 5.55 and Ashling Andrews 5.55.1.

Presentation of prizes in the handicap after next Thursday`s 800m. 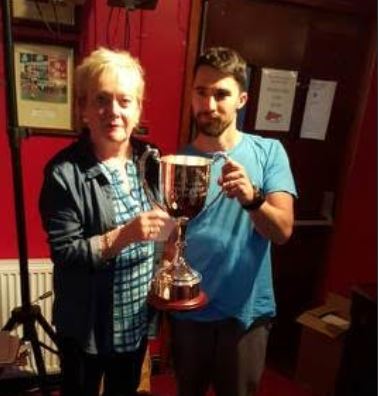 In the club bar post race the prize giving took place for recent races. In the 3000 for the Pat O`Hara Cup, presented by Pat`s daughter, the wiiner was Karl Nolan, 2nd Fergie Keenan, 3rd Aidenn Brady.