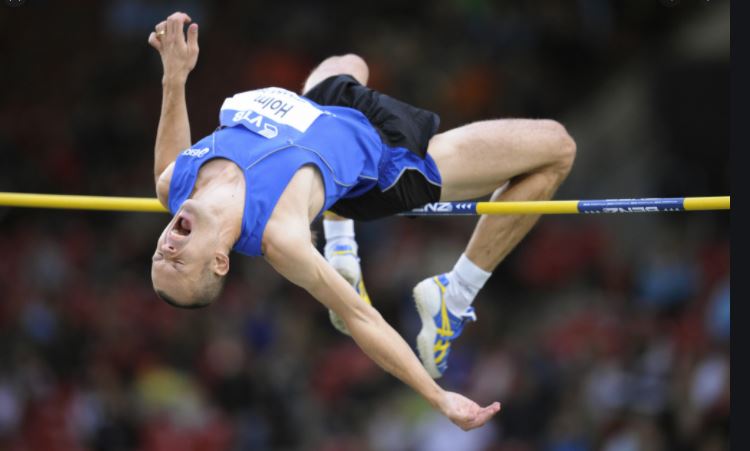 We are posting details of a new High Jump community initiative. It features a webinar with special guest Stefan Holm. Stefan was the 2004 Olympic champion and a 2.40m jumper. Again thanks to Ger O’Donnell and the other Athletics Ireland RDOs

“Hangout with High Jumpers started out with a zoom call in December aimed to engage high jumpers from the Munster Development / Performance squad during lockdown.  Antoine Burke former high jumper and silver medallist at the World Juniors in 1994 agreed to come on the call and share his own experience as a juvenile jumper and his own transition from juvenile to world stage ranks. He themed this call “the good, the bad and the ugly” of high jumping. We opened the call to the wider high jump community as suggested by Martin O’Grady also a high jump coach on the Munster squad. Dave Sweeney , director of field events with AAI welcomed this initiative and opened the doors to the wider high jump community in Ireland.

The first call was a great success and we chose to extend the reach even further through Antoine’s own personal contacts from the world stage of high jumping. Brendan Reilly,  an Irish Olympic high jumper has been instrumental in reaching out to his own wider high jump community bringing on board his friend Steve Smith, Dick Fosbury, Draugtin Topic, quite a few of his leaping legend buddies such as Charles Austin and Heike Henkel have been invited to join also.  Liam Kelly of the Leinster High Jump squad has also reached out to all his own contacts in Ireland and abroad and is hoping to have Blanka Vslaic on a future call. Many other high jump coaches have reached out to those they also know and have brought them onboard. Reaching out like this showcases what we are truly good at here in Ireland i.e. building connections ,  fostering community spirit and helping each other out. The meitheal tradition in Ireland has now been extending to the athletics fields of high jumping.

Through Facebook, we have created and online community of high jumpers.  Members of the group come from all areas of the global and local high jump and athletics community with Dick Fosbury , Javier Sotomayor, Stefan Holm , Steve Smith, Draugtin Topic etc and our own local jumpers such as David Cussen, Barry Pender , Adrian O’Dwyer, Deirdre Ryan, Sommer Lecky , Pippa Rogan etc.  We hope that by coming together as a community we can share knowledge and information to improve overall performance and inspire the next generation of high jumpers.”