“An historic day” is an often used expression. Sometimes it`s not necessarily so, whilst at other times a more apt expression couldn`t be found. Well, May 27th 2017 in Lieria, Portugal was an historic day in the long proud history of Clonliffe Harriers. The day when this club did not merely take part in the European Champions Clubs but competed in the European Champions clubs. Then at 7.30pm proudly stepped onto the podium to be presented with European Group B bronze medals. History was made!

To say it was an emotional experience is an understatement. From the off these unbelievable battlers in black and amber competed from the first event at 10.00 am, the hammer with Simon Galligan, until that nail biting 4 x 400 eight hours later. In between every emotion under the Portuguese sun as we went from 2nd to 3rd to 4th and back up to 3rd. The team spirit among these young men was infectious all supporting, cheering and encouraging one another. All true to the club`s moto: “Nil desperandum”.

The start on Saturday morning was the foundation stone for the performance. It was rock solid. The first man into battle was Simon Galligan in the hammer circle. Simon put in a great performance with a best thrown of 53.98m to bag a precious 4 points for 3rd place. In the meantime Timmy Crowe had the task of opening the track programme and an impressive opening it was as Timmy also took 3rd place with a 54.30 . Next in Jayme Rossister in the 3000 sc. After a couple of very slow opening laps, indeed Jayme later reported one of his competitors saying: “I think this is very slow is it?”, Jayme took it up quickly opening a gap to come home a very comfortable winner in 9.20.86,  some 60m clear of 2nd. It was indeed a dream start! 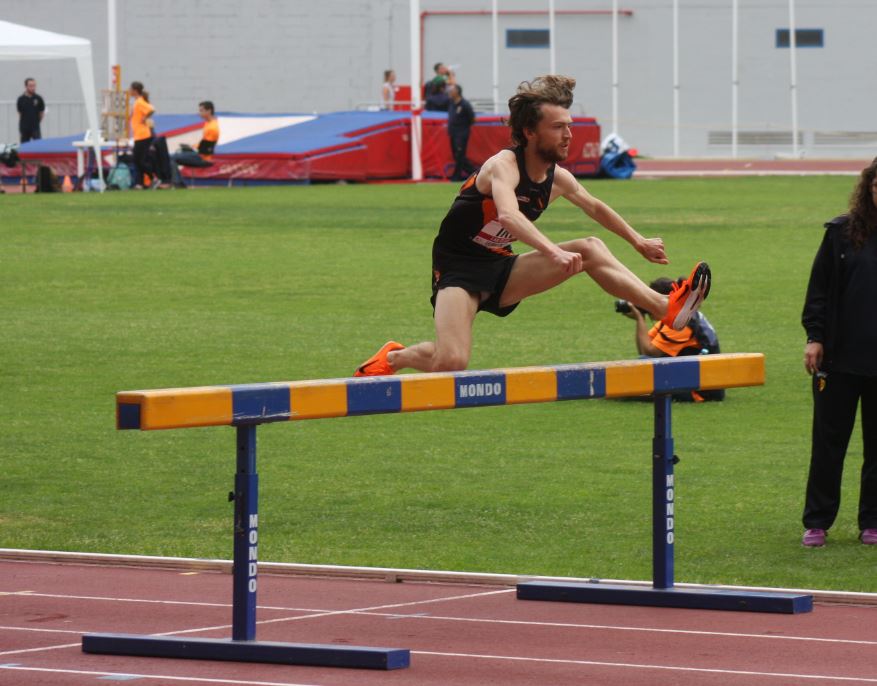 As the day continued towards lunchtime, more solid points scoring: Mark McDonald 5th 800 (1.56.86), Dara Kervick stepping into the breach as he ran the 100 placing 4th (10.91), later in the day Dara was back in the block for the 200 where he suffered a hamstring injury but still managed another 4th place finish. Luke Mangan was also solid 4th in the shot 14.20m, only a cm off 3rd position.

By lunchtime the Clonliffe team were 3rd.

Of course things do not always go to plan and with no Pole Vaulter or Discus thrower travelling (although in fairness Stephen Rice, a top class javelin thrower did give the discus a go winning a point), we were hit hard and slipped back to 4th place. Was the dream over? 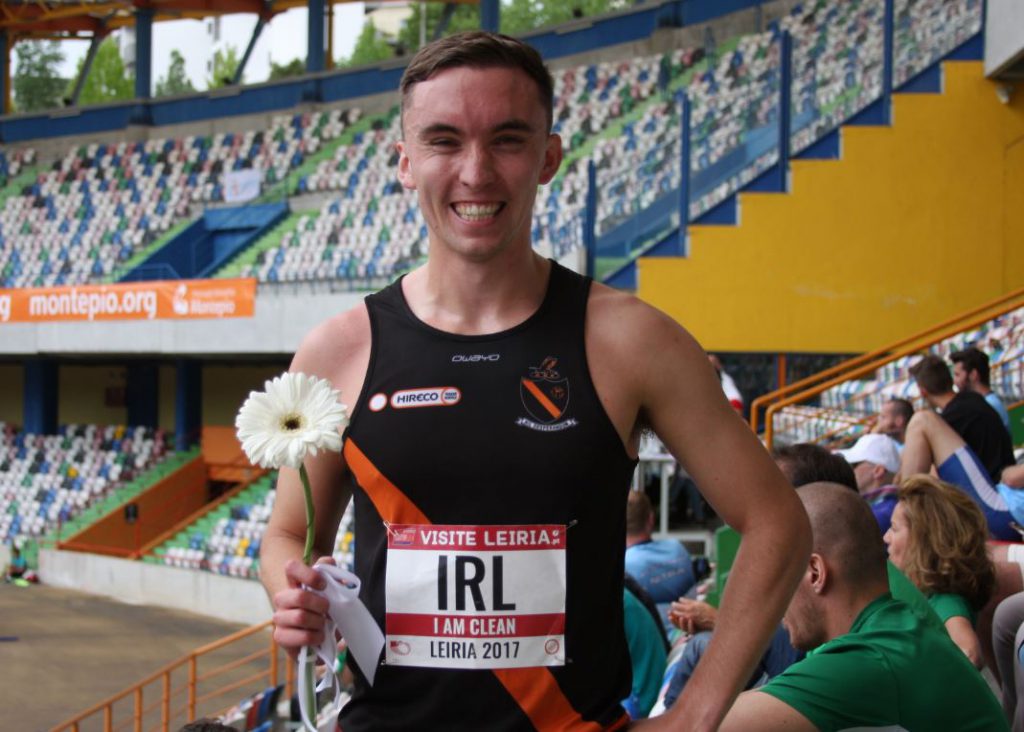 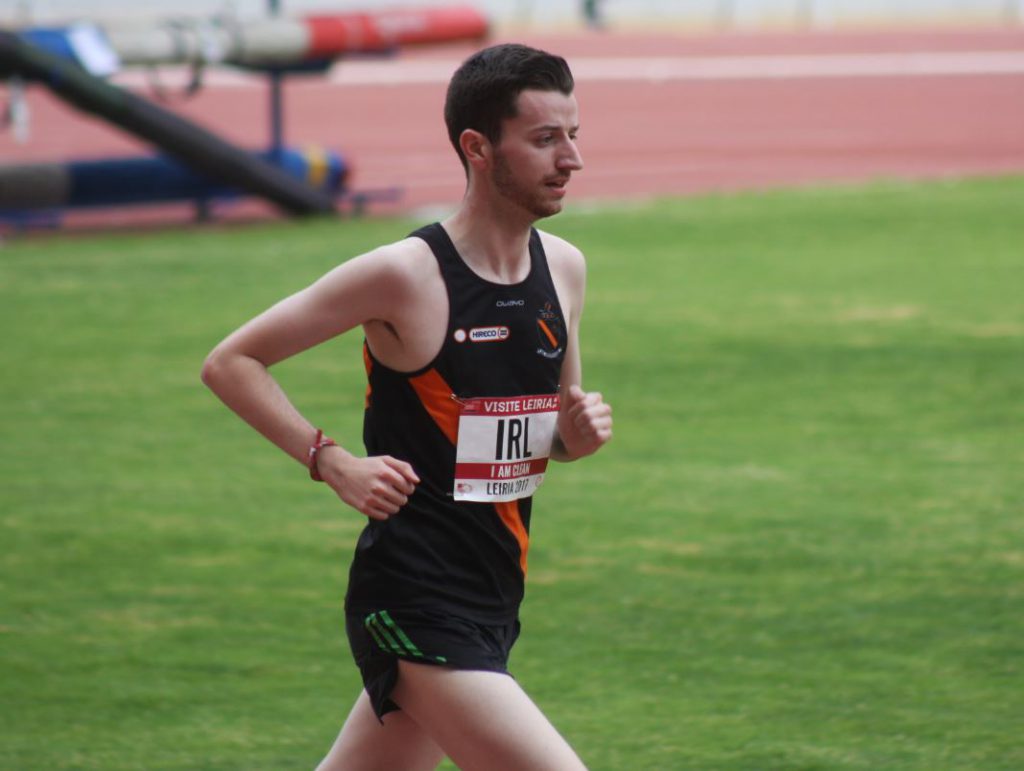 This golden middle distance hour along with Rory Gunning`s 2nd place in the javelin (59.36m) put us right back into a podium position with the relays to go. And in a relay anything can happen. Clonliffe were neck and neck with Haag Atleliek (NED).  The 4 x 100 squad did exactly as required with a super 2nd leg from Keith Marks to take 4th. Now just the 4 x 400 to go, and if we can keep the Dutch behind it would indeed be a Glory Day.

At this stage the Italian team were well clear of all. So as the gun went Luke Lennon-Ford leading off all Clonliffe eyes are on the yellow vests of Haag, Luke passes on to 1500 hero Richie a brilliant leg sees Clonliffe hold second but the gap is back to a fraction, onto Mark McDonald with crisp change overs, Mark in turn to Timmy Crowe, who just needs to keep ahead of yellow, only problem is yellow is sitting on Timmy`s shoulder! Cool and calm, a little glance over the shoulder, an injection of pace and Timmy is coming down the home straight a couple of meters clear, 2nd place in the 4 x 400 and bronze is secure. Glory days!!

Then of course the long wait. Until finally the official results are announced over the pa: “Third place representing Ireland, Clonliffe Harriers”. Emotion engulfs: cheers, hugs and high fives. 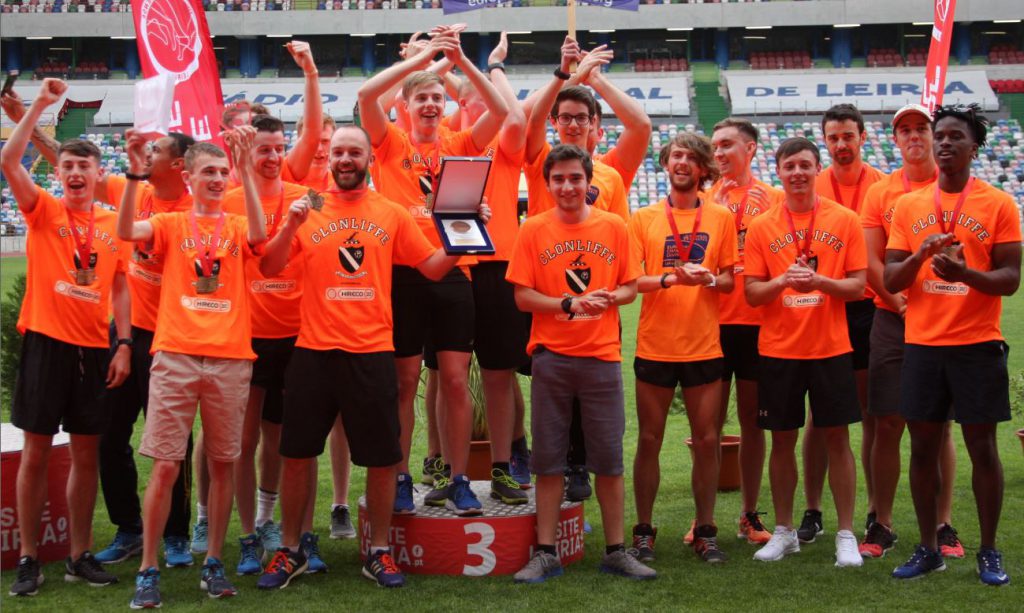 A first ever podium for Clonliffe after decades of European campaigns. This is history and it means so much to our club. Thank you our brilliant athletes, Club Captain Joe Cooper, the club`s coaches, in particular John Shields and Peter McDermott, the Committee for their support and a special thank you to “Three Young Amigos” (Sean, Craig and Kamil)