The 123rd Clonliffe 2 Mile, the oldest road race in Ireland, took place for the 2nd year on home turf in Santry tonight. The night produced a fine Clonliffe home win by Ian Guiden in 9.17, some 11 seconds faster than the 2013 winning time. Some 120 or so athletes lined up for the race on the track for the 8.00pm start. From the gun a lead pack containing Clonliffe pairing Guiden and Conor Healy, Thomas Moran (Dunshaughlin) and Peadar Harvey (Craughwell), son of Clonliffe great Noel Harvey took the field on a lap of the track before heading out the stadium gates onto the roads. On Northwood Avenue Moran and Guiden had a 5 meter lead, which the pack quickly closed, however, at the turn into Santry Demesne at the Crowne Plaze Guiden struck and at the mile marker had built up a lead of maybe 20m. At the turn back into the stadium that lead had grown to 15 seconds. An excellent win for the Clonliffe man with Moran 2nd (9.32) and Conor Healy 3rd in 9.36.

No surprise that the team prizes were gather by Clonliffe in the senior men, senior women and junior men. 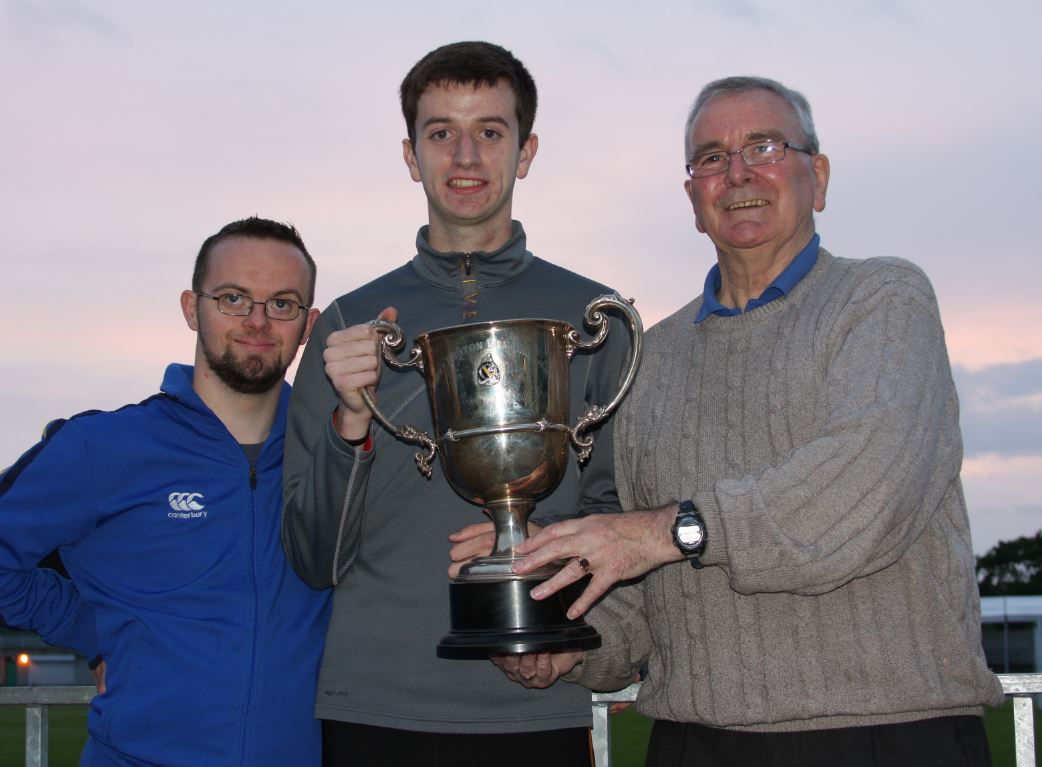 At the presentation race sponsor for the 28th successive year Eugene Kavanagh of “The Grave Diggers” in Glasnevin presented the Tommy Burton Cup to Ian Guiden and assisted by his son Niall Kavanagh made the presentation of prize to the winners.