The big news from a muddy Dundalk IT, where the National Inter Counties and National Juvenile (even ages) Cross Country took place today, was the stunning run of young Clonliffe athlete Hope Saunders. Hope was running in the combined U/18 and junior championship and after a fairly poor start left her in 20th place she worked her way back into the lead pack. At half way she was in the lead 3 and with maybe 1000 to go hit the front and drove on to a wonderful win. Hope crossing the line first was crowned National U/18 champion and by winning the race also booked her seat on the flight to Bulgaria for next months European Cross Country. Hope will be the 2nd Clonliffe athlete to run for Ireland in the European Cross women`s junior (Francis Nic Reamoinn was the 1st in 2003).

There were big fields in all the races today held on a perfect bright dry day. As expected after the rain of the past week the underfoot conditions were testing indeed, but not quiet as bad as many had feared. The combining of the U/18 and Juniors with European selection at stake boosted the entry greatly. The “junior” women`s race having some 110 finishers (the inter clubs here last March has 12 starters!) 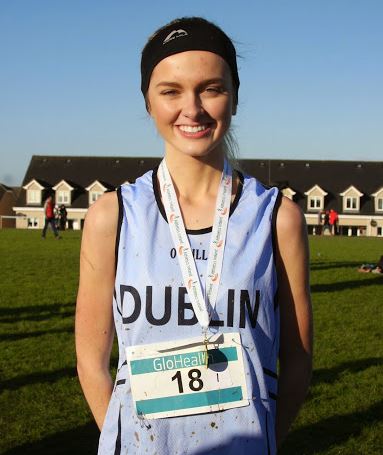 Also securing a place in the Europeans was Brandon Hargreaves who placed 2nd U/23 and 14th overall in the senior men`s race. A solid run also in this race by Sergiu Ciobanu running in the County Tipperary colours in 11th place. Colm Rooney was the 3rd Clonliffe man running placing 32nd. 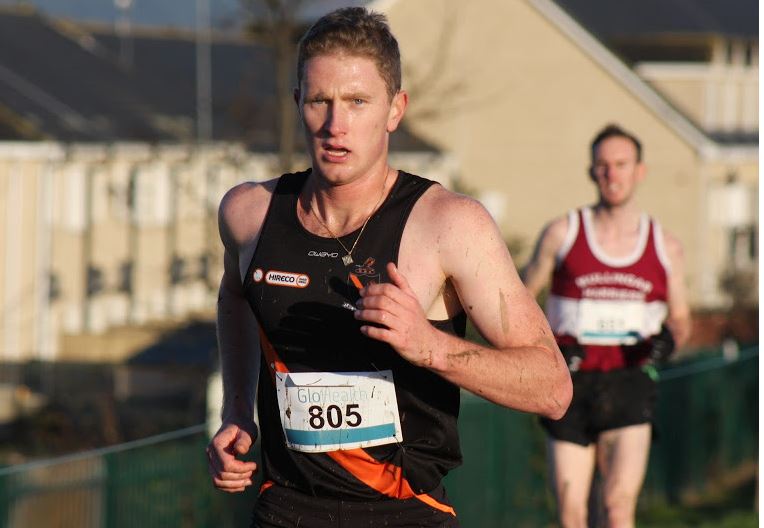 Sara McCormack was running her first race on the country since her National win in March at the same venue. Sara was 11th today.

Earlier in the morning the Juvenile championships took place. The first Clonliffe athletes into the fray were the U/14 boys where all 5 performed very well indeed in a big big field of 150 plus finishers. First home after another good run was Ben Guiden in 20th, next in was Cian Bolger 48th, Aaron Cullen 68th, Cillian Forrester 104th and Darragh Burke 123rd, these latter two bravely stepping up a year from U/13. The team placed 6th with Ben Guiden winning Inter County Gold as the 4th scorer on the Dublin team.

The U/16 boys were somewhat disappointed with their runs, Alex Hogan was 1st home in 286h after an impressive run, followed in by Craig Giles right on his heels in 29th, Sean O`Leary 61st, Joseph Hession 64th, Fintan McManus 85th and Keith Hodson 89, but an hour later were smiling again as the team results came through…team bronze on 182 points, behind DSD 2nd on 170 and Ennis TC way out in front on 92.

Likewise things didn`t quite go to plan for the U/18 boys, an already weakened team through injury was further jinxed when Adam O`Brien was spiked early in the race. The team, however, battled away hard and lead home in 25th by Brian Flanagan, with Adam 38th, followed in by Sean Carrig 61st, Ross Kearney 102nd, Alex Gibbons 103rd and Kevin McKenna 117th. These placing were in the combined U/18 and Junior race from a field of nearly 140 finishers. When the adjustments were made the team, all of whom are U/18 placed 13th, 21st, 36th, 68th, 69th and 79th enough to take team bronze on 138 points behind DSD 132 and Mullingar 99.