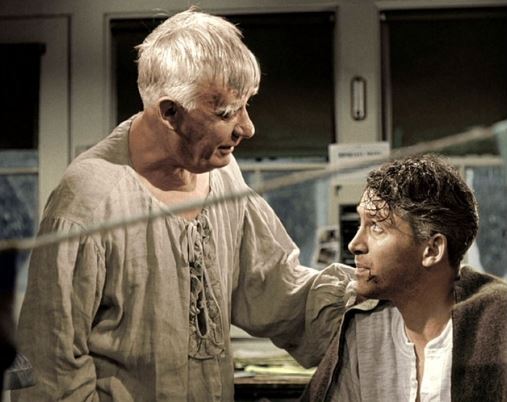 Maurice McCrohan reports from the Galway Bay half: We all get pre-race nerves but I almost aborted the trip during the week before. I have a wet cough that hadn’t gone away you know.so I rang the GP. I had to do a PCR test which …drum roll came out as NOVID! So, like wet and dry pubs, we now have a distinction between wet
cough NOVID and dry cough, COVID!

But, I was prescribed with a course of penicillin and histamines! If it was a full marathon I would have pulled out, but a half where I know the course having run it a few times, I thought why not! I stayed out of town with a bestie in Athenry and drove in on the morning in good time to get parking. UH OH! Nimmo’s pier race HQ had no parking and there were more yellow lines than the yellow brick road in the surrounding streets!
I followed signs for city centre parking and got into Spanish Arches car park. UH OH 2! Now ,I am not the Mae West at close parking,but Spanish Arches car ramp was built for Sinclair C5s and toy cars.!
I could not get my car up the narrow ramp and thanks to a friendly beep, I just missed a pole.

I abandoned that car park, Mill Street outdoor car park had no room at the Inn.so I headed out of town in despair .I parked up eventually on a 2 hour pay and display road that would be in breach with the race time etc.
I do not admit defeat easily, but threw in the towel and decided on a long easy run. A few mins in I found it! A parking oasis, the cathedral car park! It was quite full and the next problem I had was I had no cash to pay
the parking, so would have to run to an ATM first!

So I jogged back to the car and sped off to Cathedral car park! Here is where an Angel appeared, (Angels are gender fluid!)The Angel did not have wings or a robe, but took the form of a slightly overweight middle age man in a rugby fleece! “ I am just pulling out of my parking slot. And by the way do you want my ticket; it’s stamped for the day!” Yes and yes! I thanked him profusely,pulled in, got changed and headed down to HQ.

I am sure there was to be a bag drop? UH OH 3! No, there wasn’t cos of restrictions! So I had to run with my work Samsung mob in hand! I put my bag down at a GAA ground changing hub and guess what? Yes! The bag was there intact some 1hr 45 mins later!

I skipped the part of the race! Back to that! It was a great event as always. A full a 10k and a half all in the one
day! It was great to run a big race again! The weather was dry and a bit windy! The course comprises a 2 mile ish short loop and 2 longer loops that double back pass the start line and head to Salthill and back.
The run follows the coast and has great views of the bay and coastline!

The second loop where you pass the start line again at 8 miles is mentally tough and the 2 miles up to Salthill Caravan Park were tough. But at 10 miles the turn back for home and the last 3 miles were enjoyable. I was a bit groggy at the end and the free alcohol free Erdinger gave me a boost that got me back to normal!

A race to recommend! The previous week’s illness and the e morning trauma brought me a PW of 1.40, but whether these were real excuses or are just the reality of my running fitness, we’ll see in Kildare in 3 weeks!
Cheers
Maurice “Mo” McCrohan