One of the club`s newer members, Fergal O`Shea yesterday won one of the club`s oldest and prestigious races, the Irwin Cup. The race which has a history originally going back to 1910 when it was the Clonliffe Grand National, which later became the Irwin Cup in memory of Herbert Carmichael Irwin, in 1932 was the final round in the 2013 Grand Prix Series.

This year`s race was held in perfect conditions on the final day of November attracting a field of close to 40 starters with 33 finishers in Santry Demesne. Over the 6km distance the winner of the handicap and 2013 Irwin Cup was Fergal O`Shea covering the course in an actual time of 25.39. 2nd athlete home was Colm McDonnell (actual time 25.46) with Clive Ahern 3rd (22.29 actual time). Fastest man in 22.23 was Philip O`Doherty. 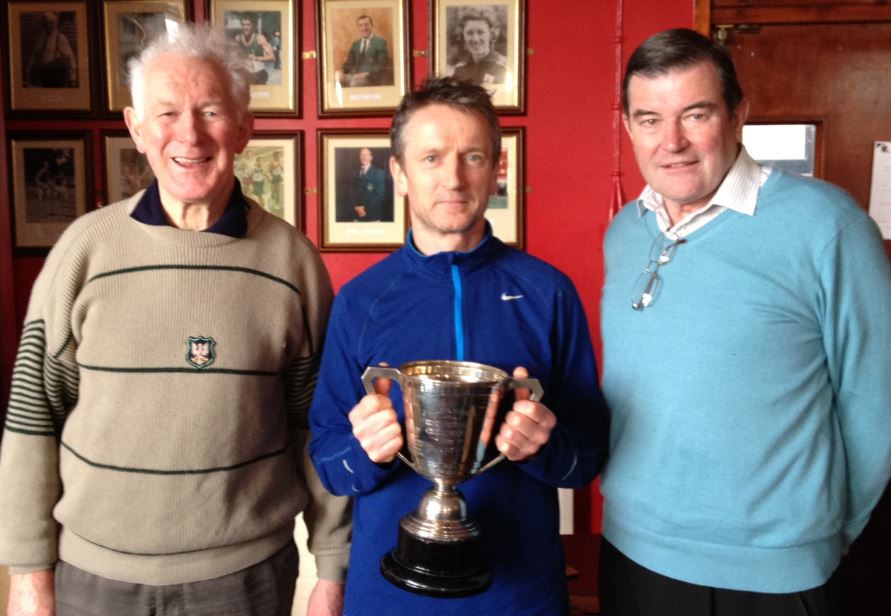