The All Ireland Universities Cross Country Championships took place today, in conjunction with the All Ireland Schools, in the beautiful grounds of Clongows Wood College, Clane, County Kildare. There were four Clonliffe athletes taking part. In the men`s race running over 8,000m some five circuits of a perfectly flat course, spoilt only by an energy sapping wind two of last Saturday`s National Cross Country winning team line up.

From the gun it was clear that Liam Brady (Tullamore Hrs) running in the Athlone IT colours would be unbeatable today as the 2014 National Intermediate Cross Country Champion took the race by the scruff of the neck on lap 2 and disappeared into the horizon. Jayme Rossister , himself a National Intermediate Cross Country Champion (2012) showing no ill  effects from 12,000m aroung Kilbroney Park on Sunday took up the chase, although he drifted back into the chasing pack at half way the Clonliffe/DCU man rallied to produce a terrific final two laps and take a well deserved silver medal.

Also having a fine run after his somewhat disappointing outing on Sunday was Jayme`s DCU team mate Ian Guiden who placed a solid 10th, and 3rd DCU scorer as DCU successfully defended their men`s University title. Also competing was Eoin Taggart in the UCD colours another athlete showing a welcome return to form after a time out through exams etc.

In the women`s race over 5,000m Greta Streimikyte (DCU) had a good strong run finishing well up the field. 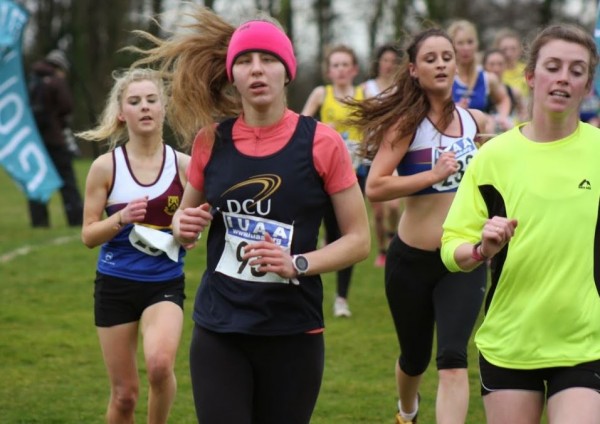 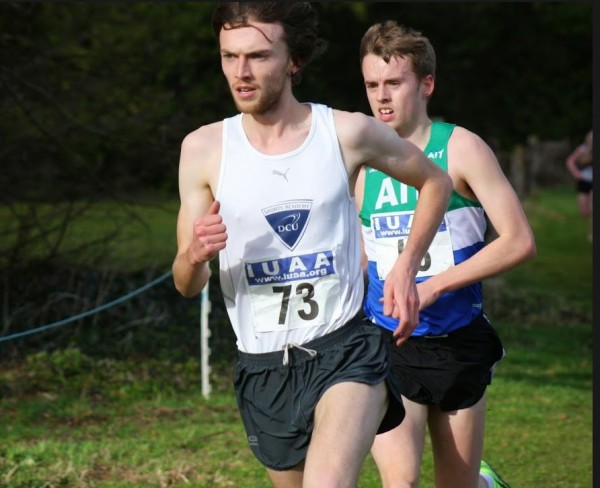 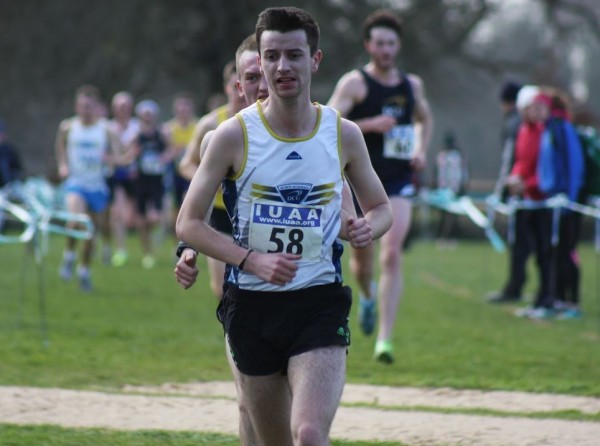 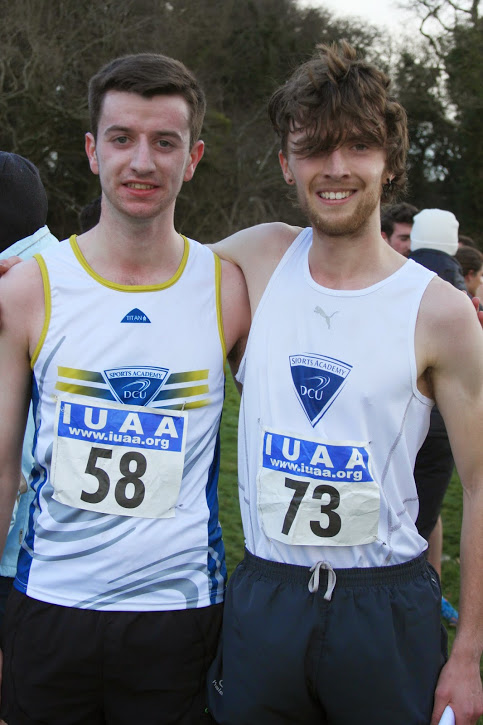