The Clonliffe juvenile athletes did themselves and club proud on Saturday at the National Indoor Relays and at Schools International XC.

Starting off in Athlone where the U/15 girls squad of Kristen McGrath Hogan, Holly Roche, Katie Halpin, Emma McDonnell and Alana Fitzsimons took superb national silver in the 4 x 200 relay. The other two teams also put in solid performances, the U/14 girls 4 x 200 were 4th in their heat and U/14 boys 5th in theirs. 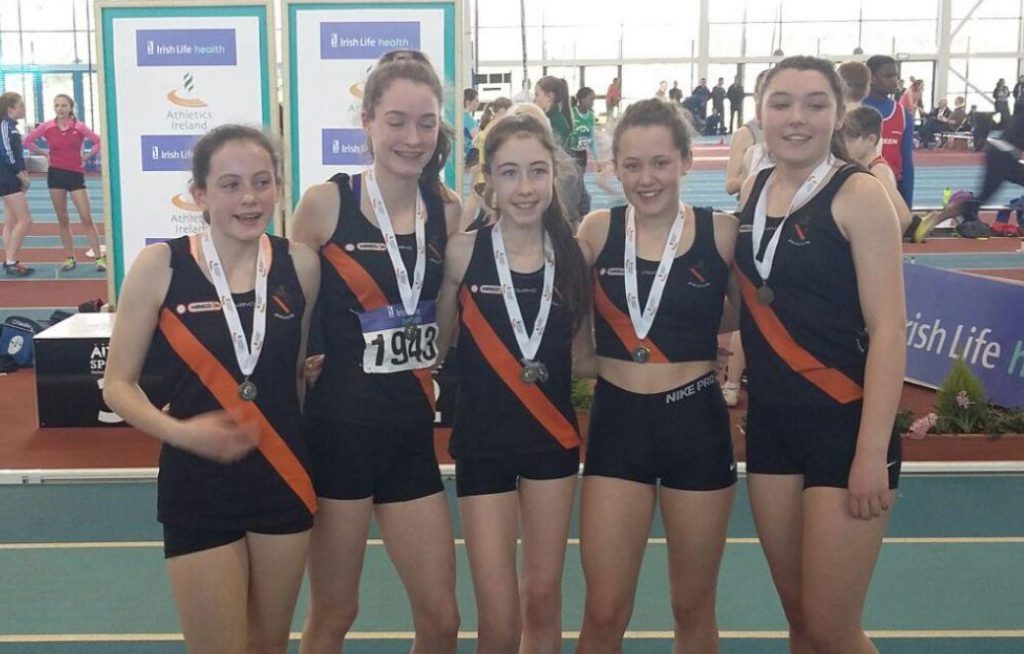 Meanwhile proudly wearing the Irish green vest in Wales (and not a dirty tackle in sight) was Daragh Carter in the Schools International Cross Country junior boys race. On a very tough course and racing over a significantly longer distance than usual Daragh stuck manfully to his task with a solid run finishing in 32nd as the Irish team took silver. A great experience for Daragh to bring the curtain down on what was a break through cross country season for him. 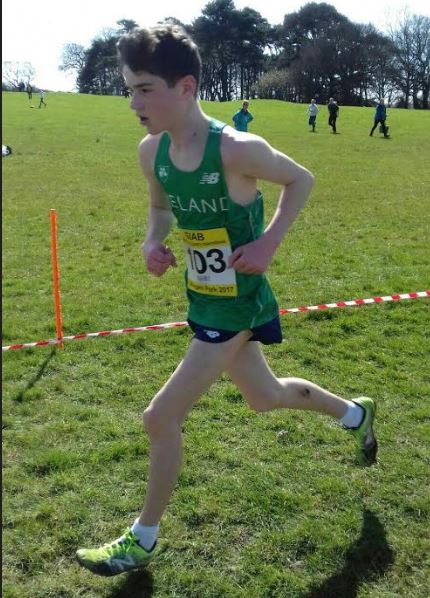 Day 2, Sunday, of National Juveniles Indoors, with the sun shining outside, saw some of the club`s middles distance athletes in action. First in was Dermot Buckley in the U/16 1500 final, after a very fast opening two laps Dermot found himself in the second group but put in a solid run placing 9th in 4.36.68. Next in two of the U/17 squad, both drawn in heat 2. In this one Cian Bolger ran a very mature race at the head of the pack finishing 2nd (4.29.92) and will go in the final later this afternoon. Ben Guiden had what`s well described as an “up and down race” and was disappointed not to make the final after getting badly boxed in, more than once, to finish 7th (4.33.49). Likewise Cliona Cooley was disappointed with her race in the U/18 1500 finishing well short of her best down in 12th. 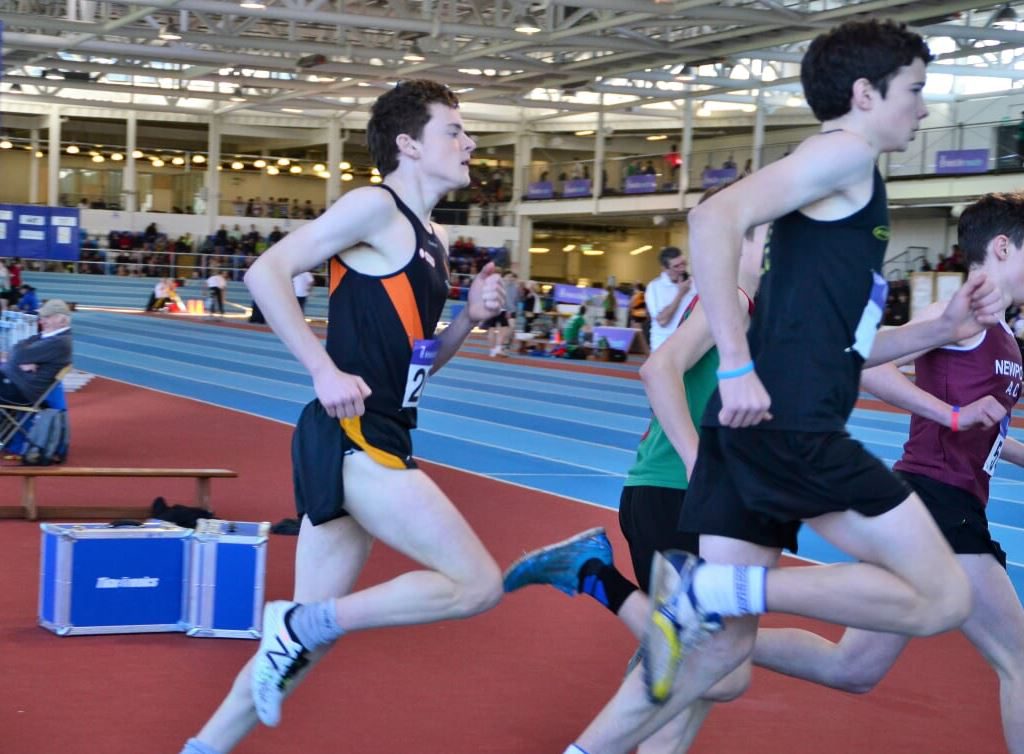 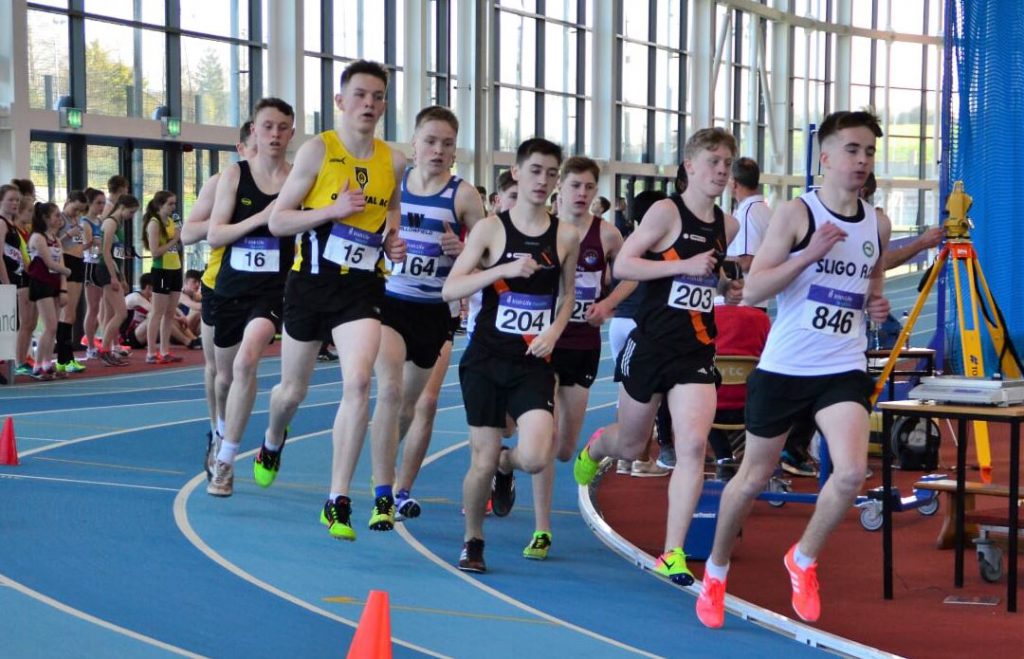 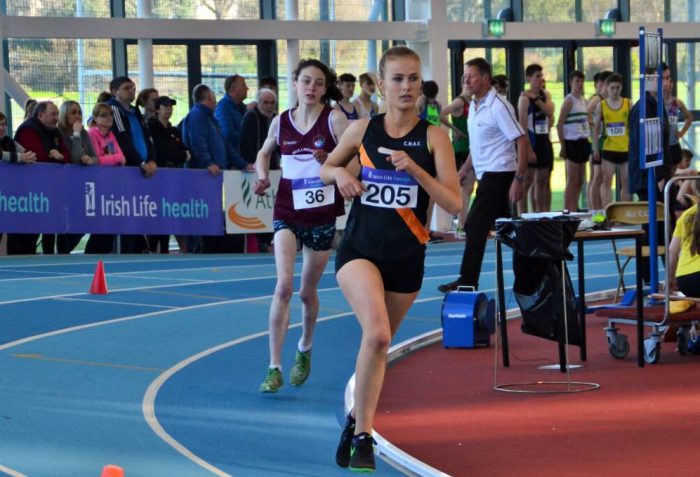 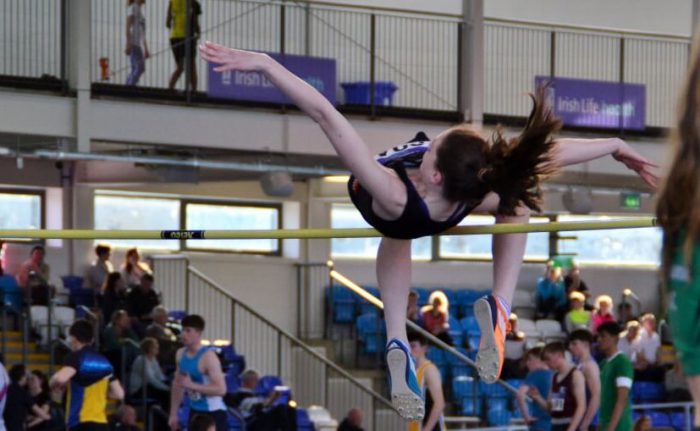 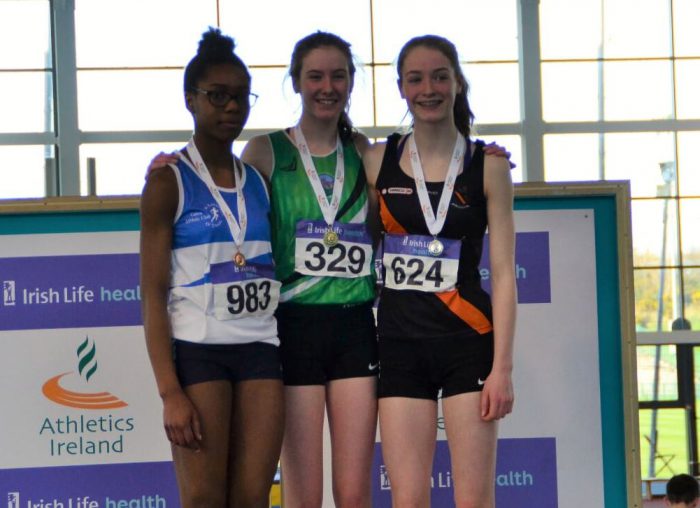 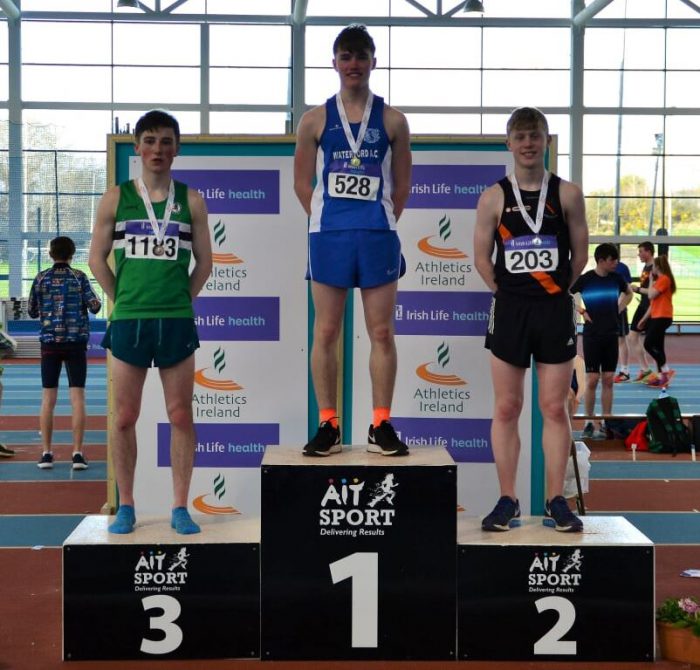 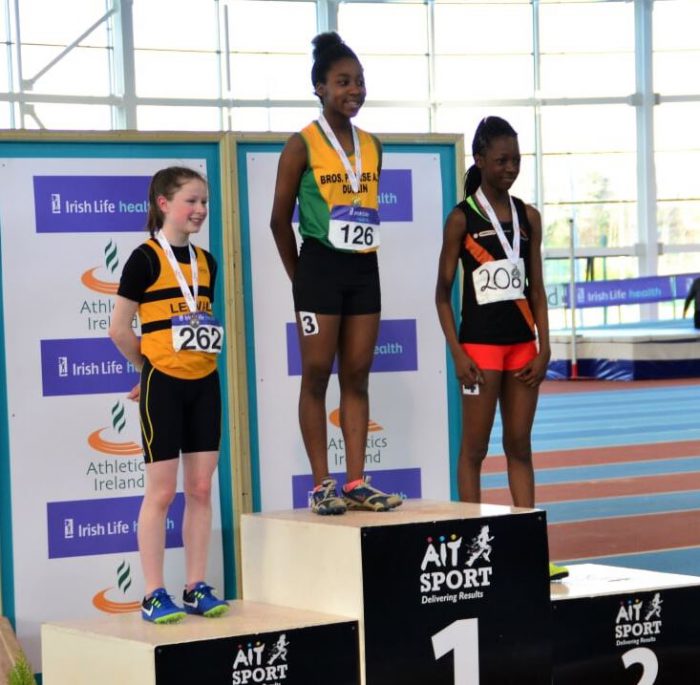 (thanks to Darren Bolger for photos)