Clonliffe`s Dara Kervick in his first outing of the season blasted around the banked track of Athlone IT to take an impressive win and whilst recording a PB of 47.26 was only 100ths away from the European Indoor standard. With the Athlone Indoor Grand Prix and Nationals to come over the next couple of weeks surely he`ll clock the qualifying time and book his place on the Irish team. Timmy Crowe also running his first race of the season, and his first in the Clonliffe vest, was always in the hunt until the final bend when he tired falling back to 4th place (48.67). In the women`s 400 Snezana Bechtina displayed great finishing strength moving from 6th to 3rd (59.06).

The pole vault competition provided an intriguing Clonliffe battle between Ian Rogers and David Donegan as the field whittled down to the Clonliffe pairing, in the end Donegan failed at 4.70 with Rogers clearing. The win went to the reigning Indoor and Outdoor senior champion (4.70) with Donegan 2nd (4.60)

Also in the field events Andri  Minhan, who last weekend won the National Indoor U/23 triple jump, finished 2nd in today`s competition with a best of 13.54, a mere cm off first and Andrew Heney with a 2.00m clearance was 3rd in the high jump.

Finally Kris Valters ran well in a classy 800 recording a time of 1.52.47 in placing 5th as he prepares for the Latvian National Championships in three weeks time. 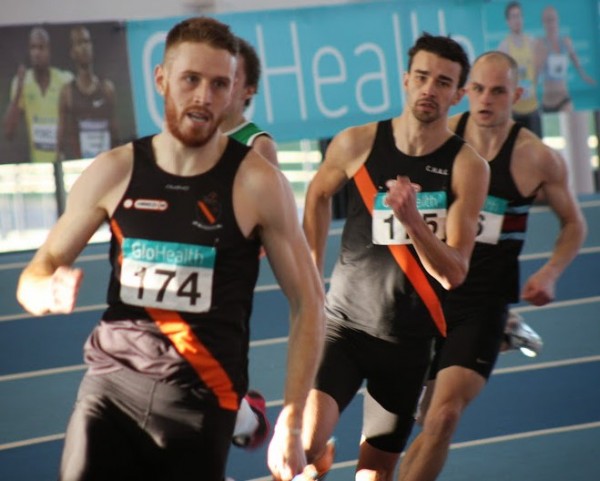 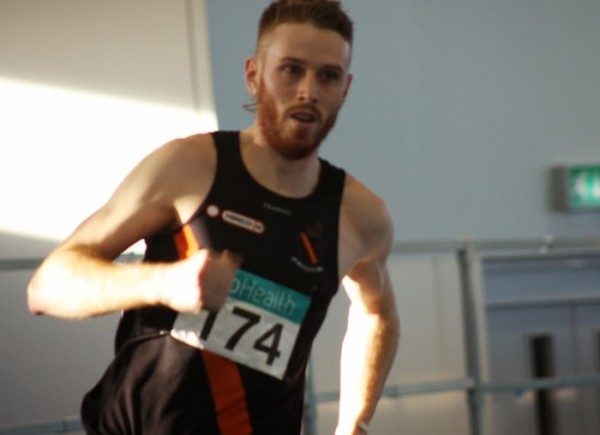 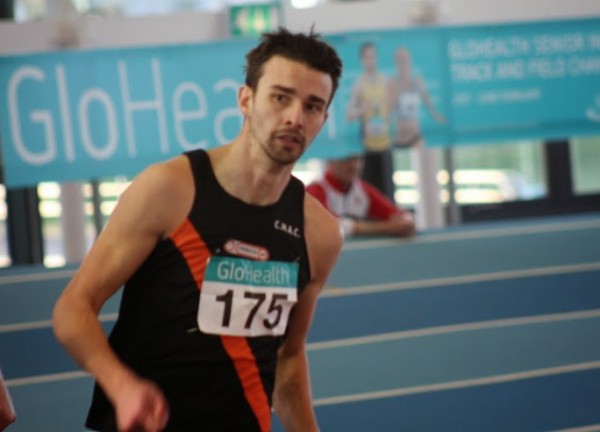 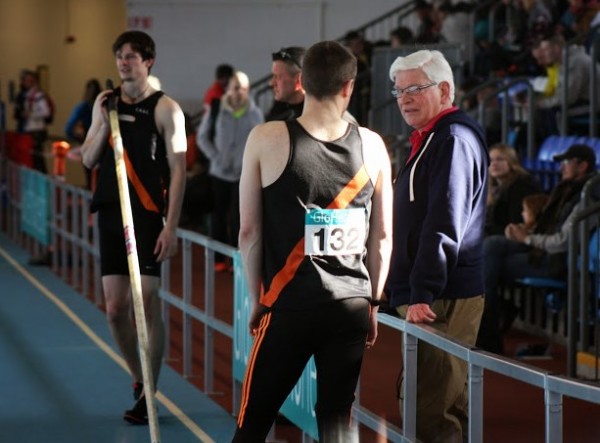 (Donegan and Rogers getting last minute advice from respective coaches) 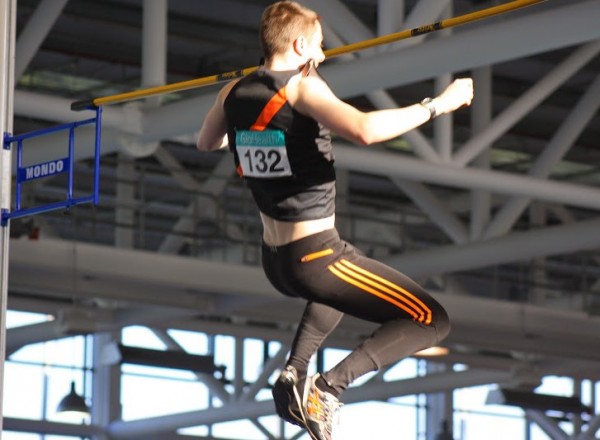 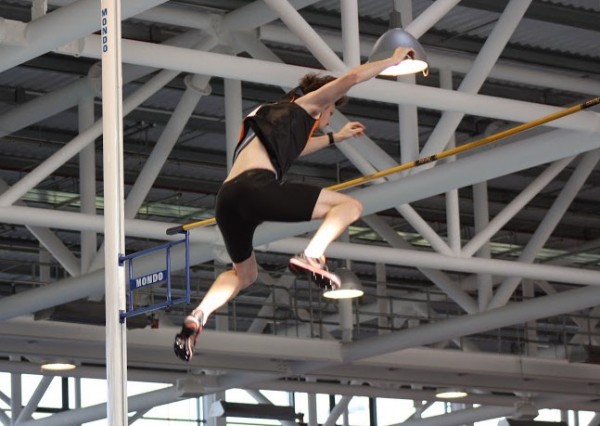 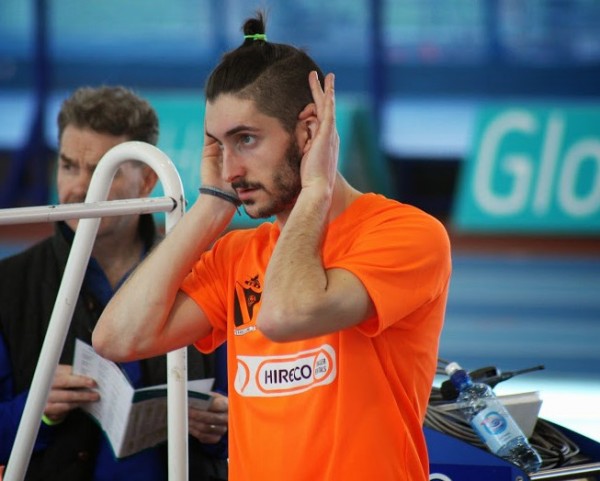 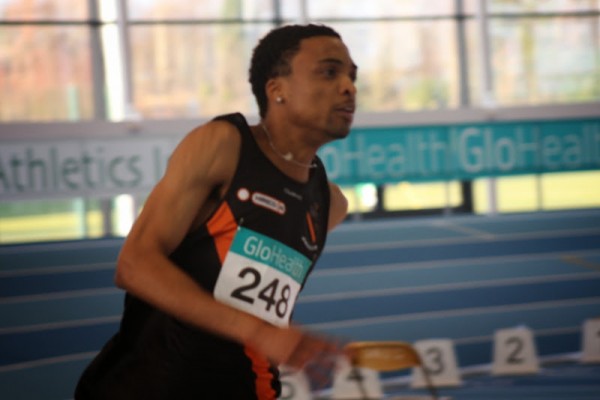 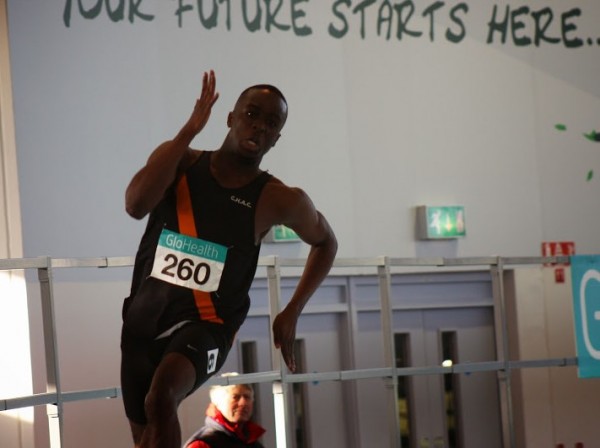 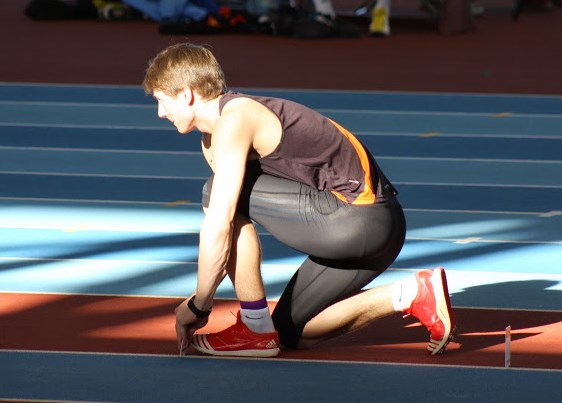 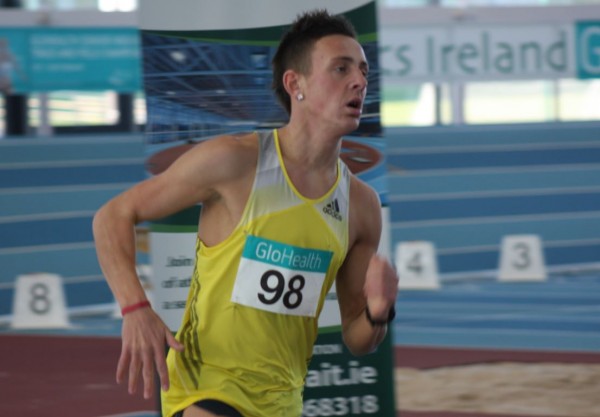