The Leinster schools qualifiers got take place over these few days with places on the start line at the Leinster finals hosted by Clonliffe in Santry Demesne on February 15th at stake. The qualifiers got underway at a bitterly cold and windy Phoenix Park on Thursday the 26th with the West Leinsters. There were only two Clonliffe athletes in action, both in the inter race for Belvedere. It was a pretty grim lap in the Park, near the Papal Cross: out for miles, then turn back into the wind for miles ,then repeat! First home in an excellent 3rd place was Daniel Stone, with Ben Guiden 5th, both also being on the winning Belvedere A team. Interesting enough the Belvedere B team placed 3rd, so both squads will line up in Santry in a couple of weeks time.

News from the Avondale where the East Leinsters took place on Thursday in similarly tough conditions of a fine run by Amy Fay as she continues her comeback from injury to place 4th in the senior girls race, her school mate Tess Loftus, running an age up, was 18th, to help Loreto on the Green to team 2nd and places in the finals. A strong run also by Ella Brown in the inter race to a 12th place finish and again qualification for Santry.

Today, Friday the 27th and a much more pleasant day for the North Leinsters in ALSAA. Some fine running in the junior girls race where a nice three way Clonliffe battle once again took place, with a similar result from the DCU Invitation: a Clonliffe train lead out by Katie Halpin in 7th, Aoife Hession 9th, Vicky McDonnell 10th and Alana Fitzsimons 11th.

Aimee Warren found the fast start in the inter girls race too hot to handle but battled away finishing somewhere in the late teens/early twenties. A good solid run also by the newest member of the Clonliffe crew Rosie in this race finishing somewhere in the fifties. Another good run by Alannah Cooley saw her take 2nd place in the senior race, with sister Cliona in 18th.

Of the Clonliffe boys in action today some really good runs. New boy Max Kelly was an excellent 3rd in the minor race. The ever improving Daragh Carter continues to impress as he placed 2nd in the junior race. 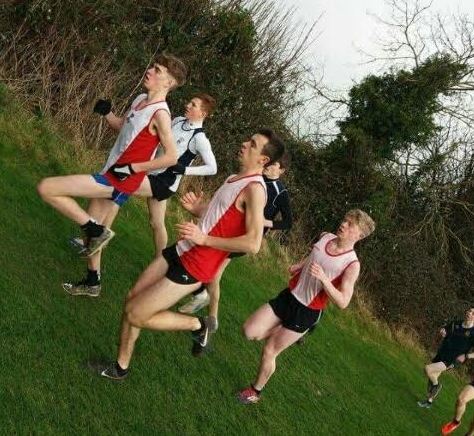 In the inter race, the star of the day was Jordan Byrne who continues his ascendancy to the top, a brilliant 2nd place in a keenly contested race. Daniel Lacy recovering from illness was 5th with Cian Bolger also making the top 10 as the St. Aidans boys finished 2nd.

Sean O`Leary as per his current form was once again the winner of the senior race. Another comfortable outing for the former GAA star on the country! Sean lead his St. Aidans seniors to the win.