The latest round of the Clonliffe Grand Prix took place on the grass in Santry Demsene Parkland tonight the O`Connor Cup. This club race dates right back to the 1930s when the cup was presented to the club by JJ O`Connor. That first running of the race in 1936 was won by M. Murphy. The 2014 version, now run as a seal handicap was won by Liam Hennessy.

Another great turn out of Grand Prixers on a warm humid Santry evening saw Tom Sherlock lead the pack home as fastest athlete in a time of 23.49, fastest women after her trip to Norway for the Midnight Sun Half Marathon was Rachel Wisdom (26.47). In the handicap: 1st Liam Hennessy, 2nd Joe Phipps, 3rd Richie Barr, 4th Sinead Smith. The generous race sponsor tonight was Richie Barr, who deferred his prize to 4th place finisher Sinead.

Next round of the Grand Prix is back on the track in the stadium for the 800s on Tuesday (note change from Thursday) July 8th. 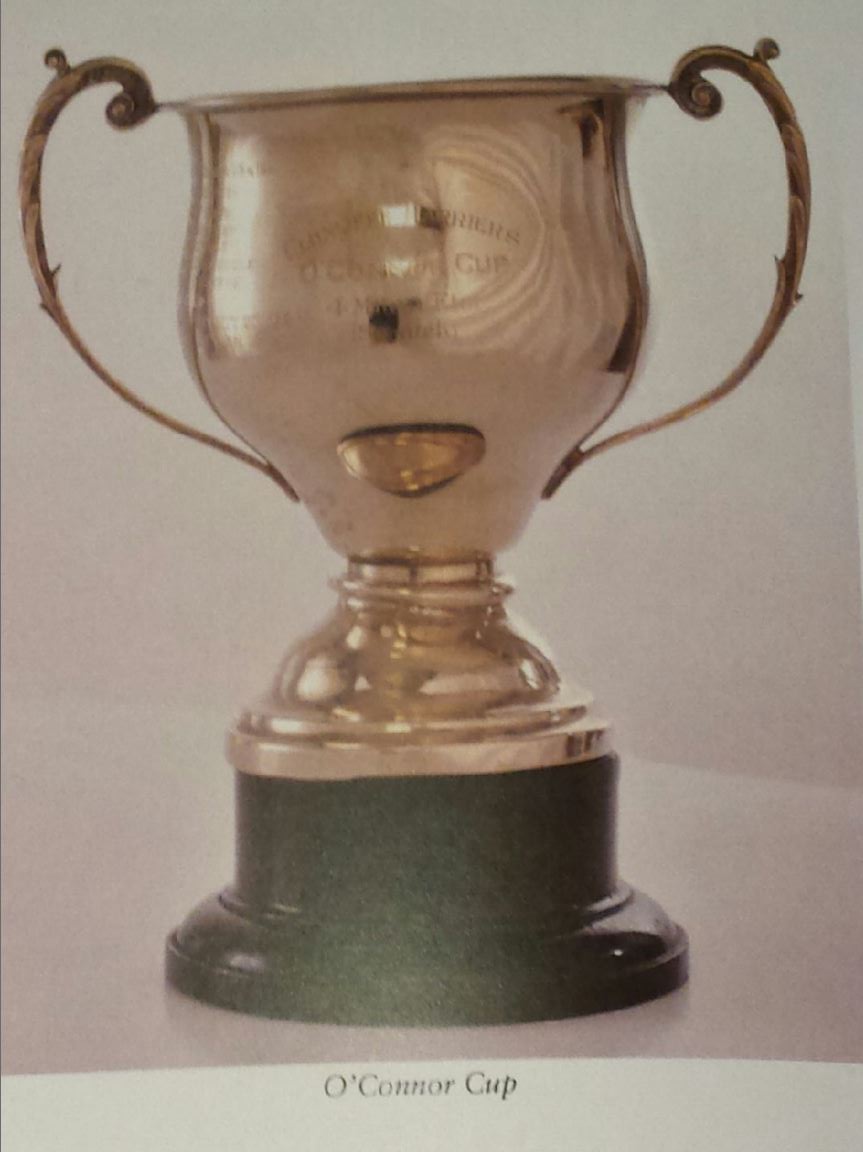