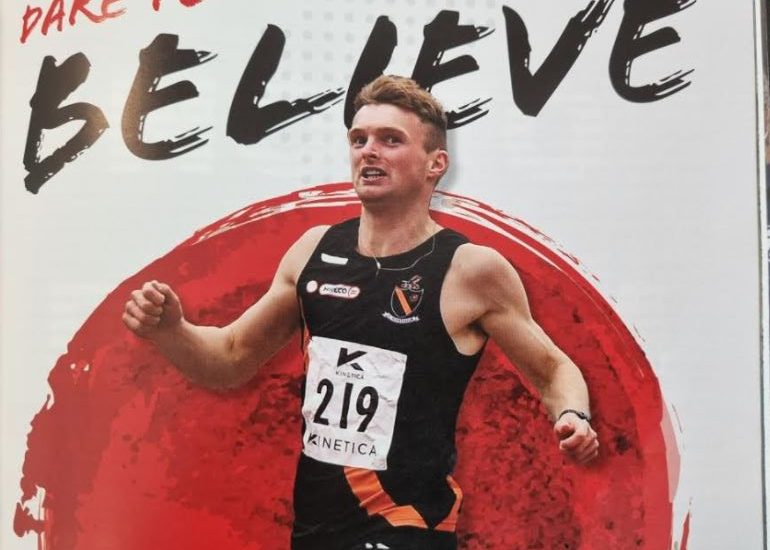 This month’s Irish Runner features the Clonliffe sprinter on the front cover “Dare to Believe”, well believe! Marcus Lawler has been confirmed by the OCI/Team Ireland for the 200 at the Tokyo Olympic Games.

Marcus has featured inside the top 50 rankings throughout the qualification window, and in recent months despite Covid 19 travel issues has raced all over Europe, Spain, the Czech Republic and Switzerland (twice) in an effort to keep scoring points to maintain that ranking. The Nationals didn’t go as well as hoped with a third place finish, however, he has manged to come out on the right side and will now join club mate Stephen Scullion at the Games of the XXXII Olympiad. Marcus will become the 22nd Clonliffe Olympic athlete and the first Clonliffe sprinter since Paul Dolan at the 1952 (also 1948) Games.