Today at Morton Stadium saw the North Leinster  schools track and field championship with day one of the two day event, at stake coveted places in the Leinster schools finals also to be held in Santry in two weeks time. It was a glorious spring sunny day on May 1 in the Morton Stadium and the Clonliffe athletes responded with some magnificent performances.

We start the roundup with the sprints where in the inter-girls 100 Alex Twomey had great success winning the girls 100. Rebecca Fitzsimons took silver in the senior girls 100. Michael Coleman, who recently returned to Clonliffe, took bronze in the inter-boys 100. Bronze also in the senior boys  100 M for Val Strogonovs.

The action then moved on to the days middle distance events with first the you/16 mile. In the girls mile Naoise Cullen took a fine bronze in a time of 5.51 whilst in the boys mile Cian Hill took an excellent silver in a time of 5.04 with Eoin Housby in sixth place. The inter-girls 1500 race featured no less than four of the club’s athletes, in this particular race Sarah Bateson ran very well indeed to secure silver in a time of 5.03, Katie Halpin was 6th (5.22) her first track race in two years, Alana Fitzsimons 7th (5.27) and Ella Cooley 10th (5.47). Cara Curran Begs battle all the way in the senior girls 1500 to finish in 9th place. In the junior boys 1500 Sean Boyne took 3rd and secured North Leinster bronze. A super run by Dermot Buckley in the inter-boys 1500 saw him in battle and kick not once but twice down the home straight to battle all the way to the line to take out a well deserved and popular bronze medal, Alex Newroth was 7th. Aaron Cullen was a class apart in the senior boys 1500 taking up the lead all of 1000m from home and driving on including a phenomenal 60 second final lap to take gold in 4.04, Ryan Sheridan in his first track rate for some time was seventh in 4.25. mention also of a fine run by young Hazel Kenny was fifth in the minor girls 1100.

Later in the day the 400 athletes took to the track where Cian Bolger very successfully made the transition from middle distance to one lap speed merchant with ease as he took North Leinster gold, Aaron Nnadi was 4th in the inter-400. Emma McDonnell was first in the inter-girls 300. In the steeplechase Evan Foster was second in the inter-boys and Jordan Byrne third in the senior boys. day two of the North Leinster’s is at the same venue on Friday. 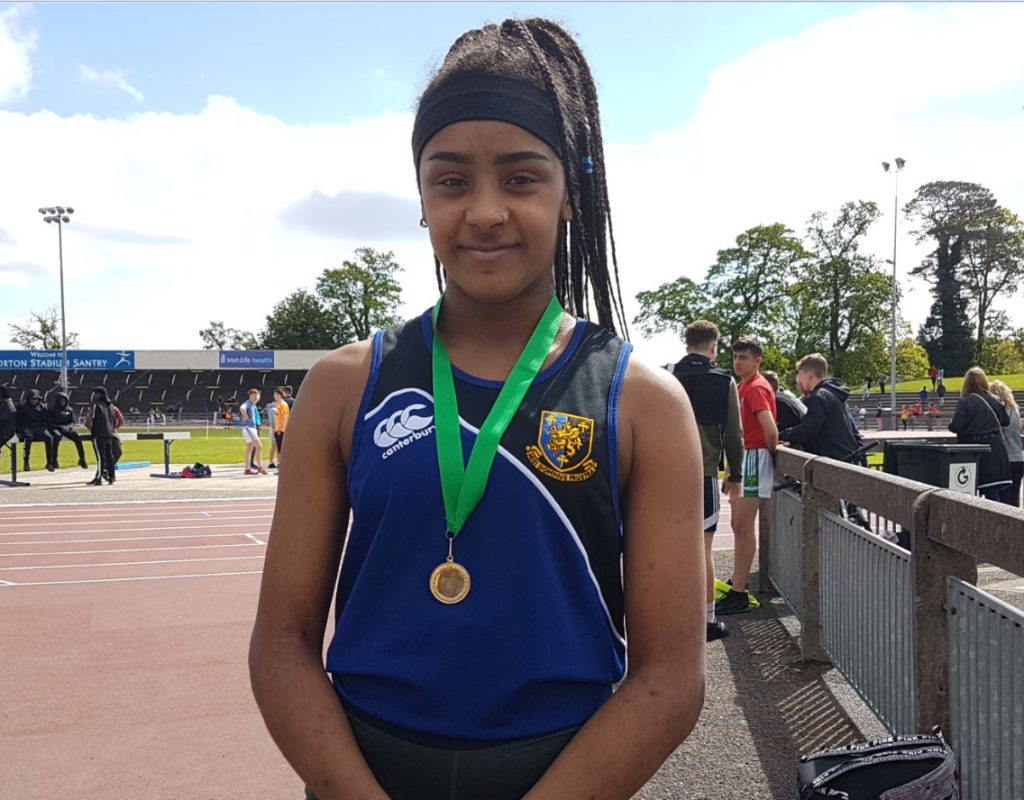 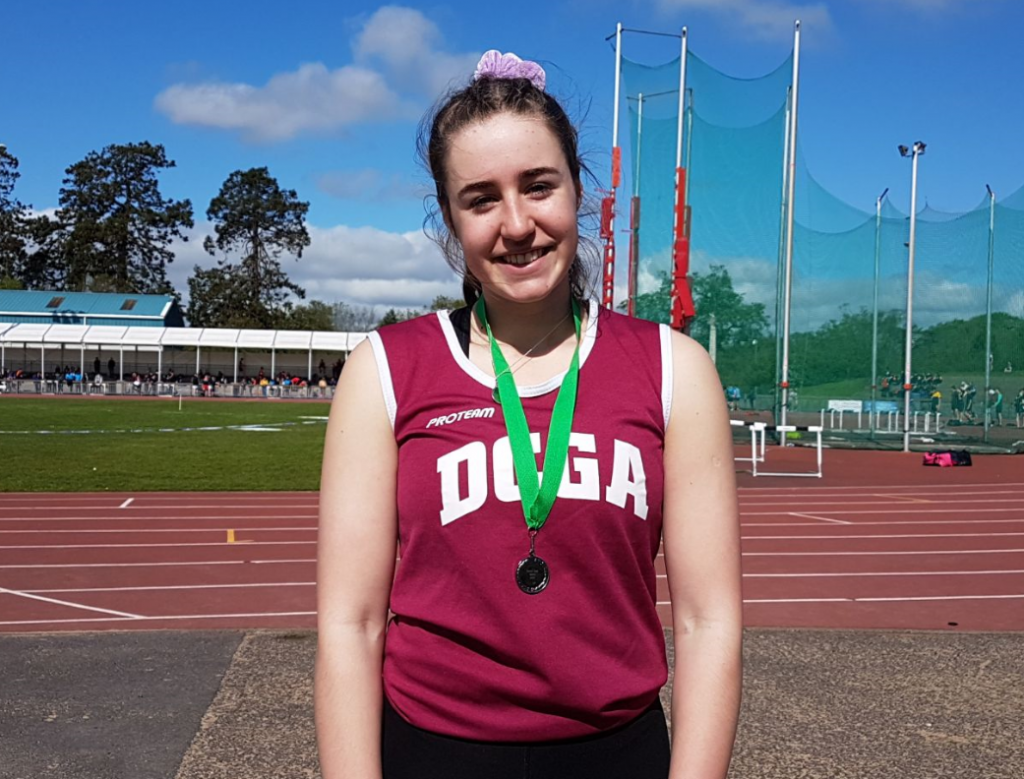 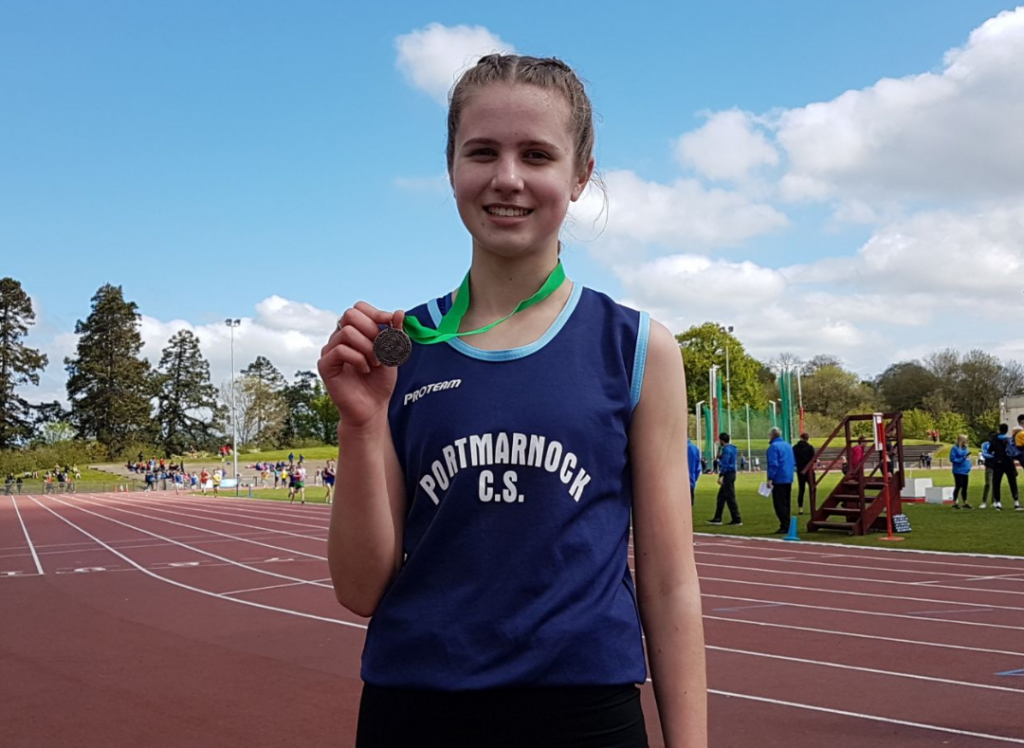 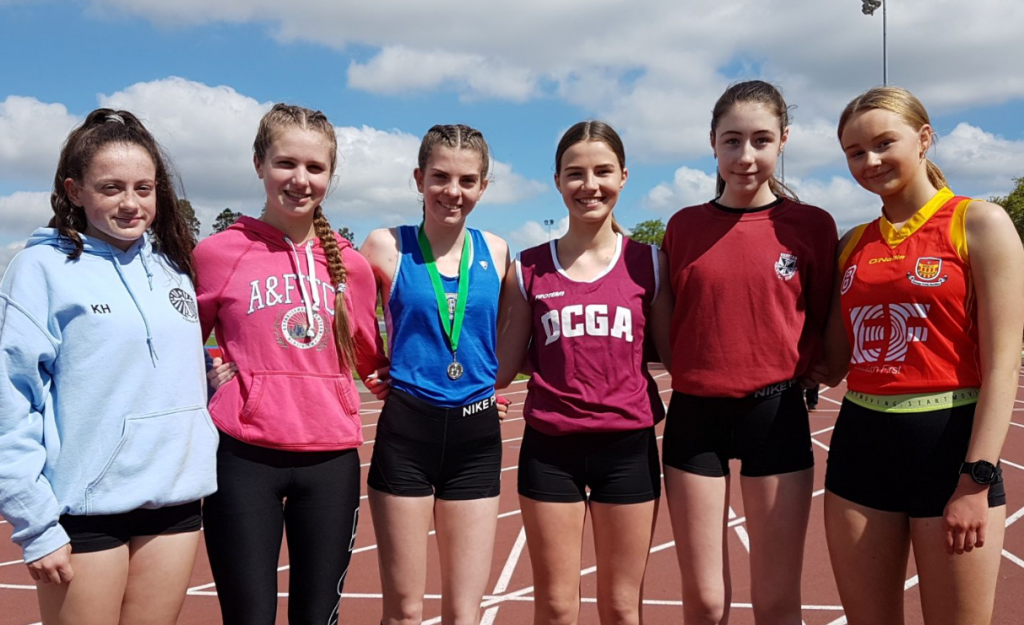 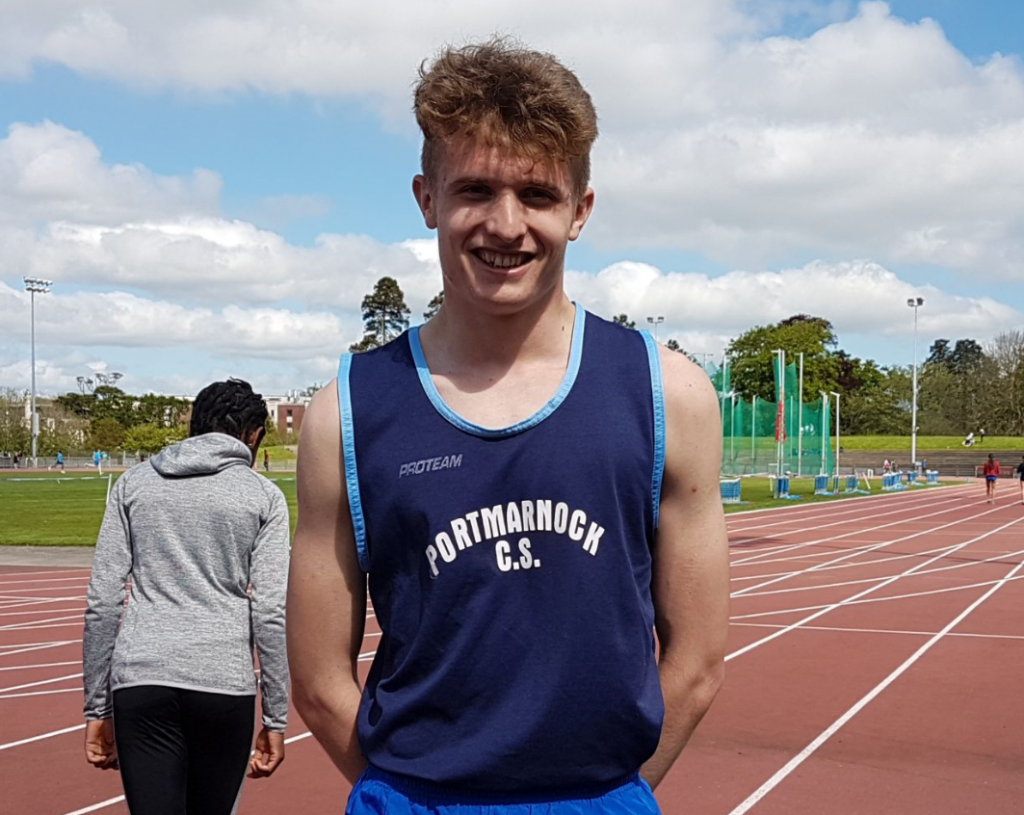 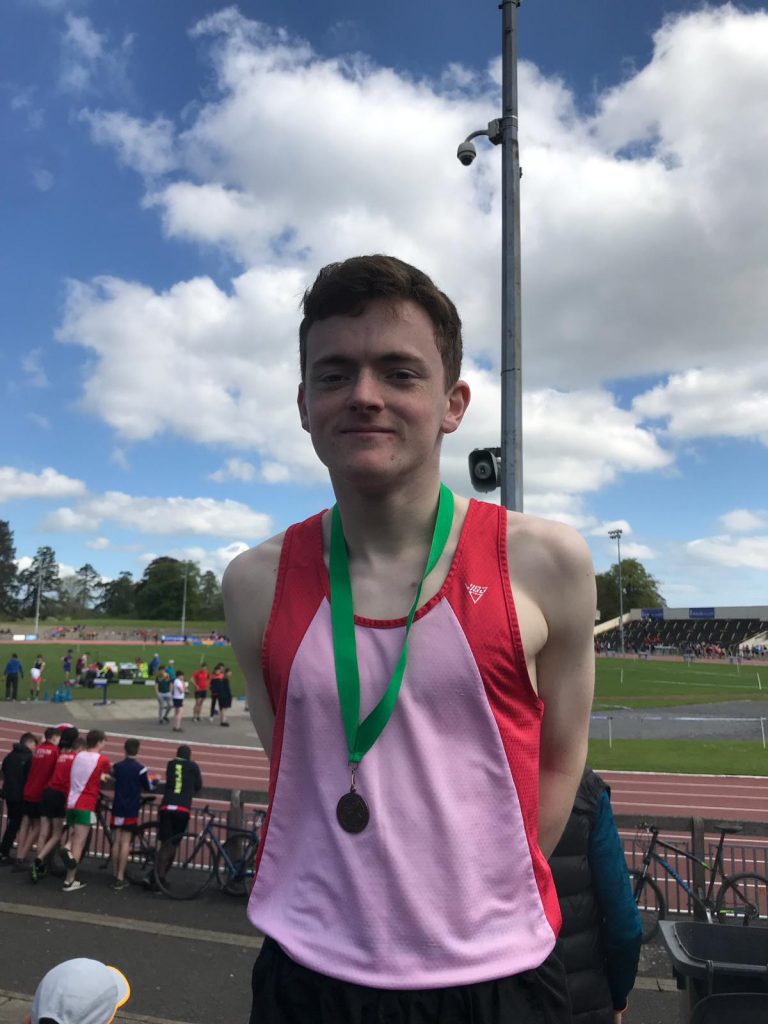 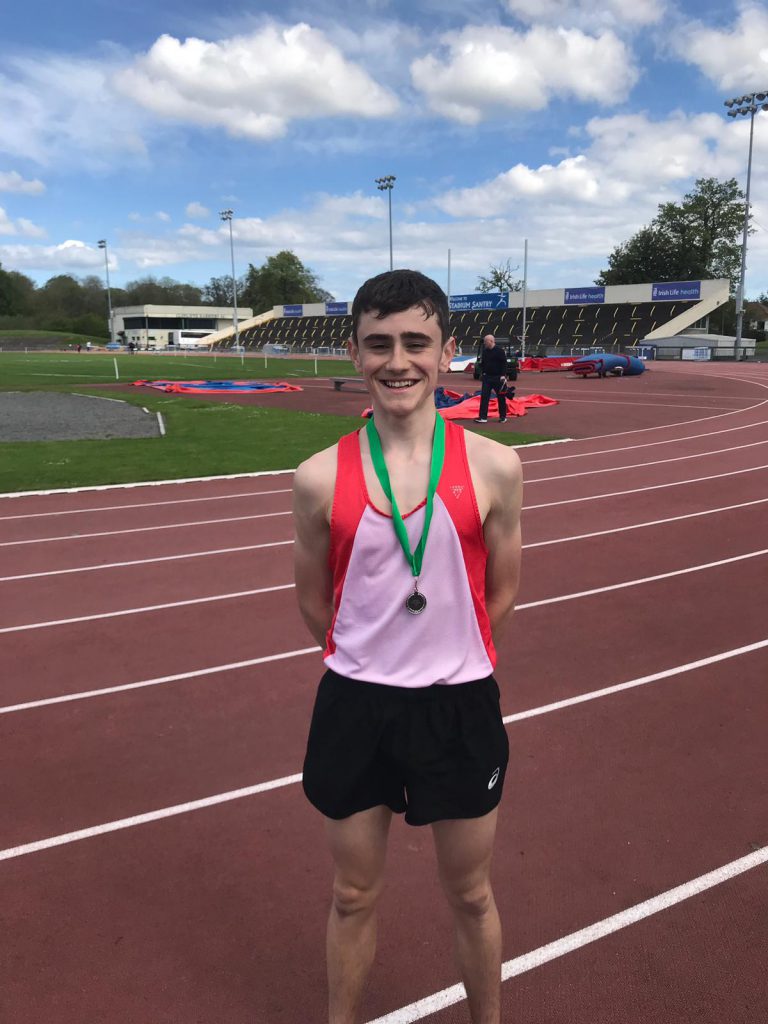