Clonliffe athletes were in action in the pouring rain at last night’s Dublin juvenile Championships in Morton Stadium. Last night was day three, four or five (hard to keep count!) of the championships and on the card was the 1500s and relays. Dublin titles were taken by both Aaron Cullen in the boys 1500 U/19 and by Aimee Warren in the girls U/19.

First in action where the U/16 girls were Naoise Cullen, who last week was third in the 800 put in a fine performance over the longer distance finishing fifth in a time, unofficial, of 5.16 with Amy Sheehy following her in in a time of 5.22. The U/17 girls put in a great shift with Aoife Hession placing second (5.12), Katie Halpin third (5.14) and Alanna Fitzimon’s fourth (5.25). One of the races of the day was the girls U/18 1500 were Sarah Bateson put in another battling performance finishing a close second in a time of 4.56.5 and then in the U/19 girls Aimee Warren took Dublin gold. 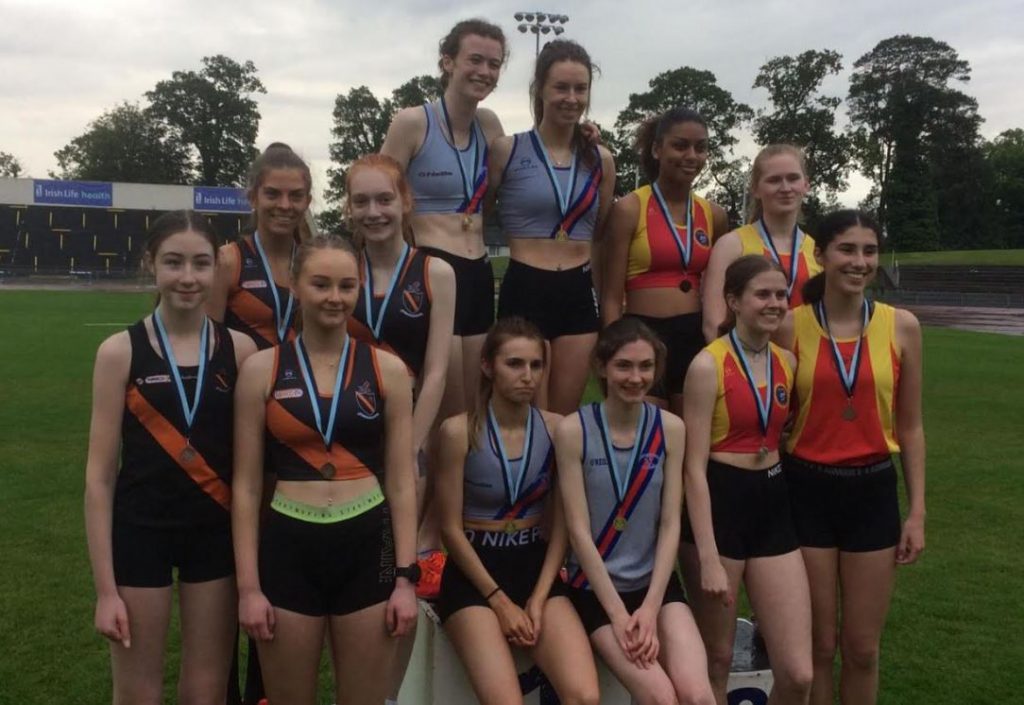 Once the 1500s were completed proceedings moved on to the even age relays. The U/U/18 girls team having completed the 1500s decided that they would give the relay a go and were rewarded for their tenacity with fine bronze with a team of Carra Curran Beggs,  Alanna Fitzsimons , Abbey Sheehy and Sarah Bateson.

In the U/12 girls relay the practice the team put in during the week paid off with superb button changes from all of the girls in the 4 x 100 the team of Mia, Rose, Sienna and Harriet were just off a place in the final. Likewise the U/12 boys team of Steve Connor Cian and Ethan, who ran a particularly strong final leg, again were very close to making the final. Likewise the boys U/14 4 x 100 team put in an excellent performance and were just shy of making the final.

The Dublin juveniles continues today (Saturday) and this report will be updated later this evening.