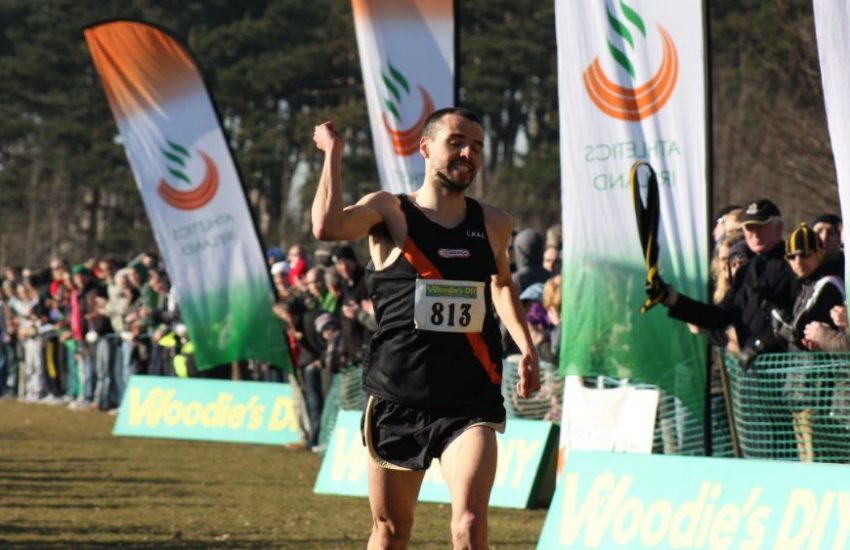 This morning we travel back a little more then 11 years to Sunday, March 7, 2010 and Dublin’s Phoenix Park, that day bathed in beautiful spring sunshine. It was the day when Mark Kenneally turned three national silvers into national cross country gold and led the Clonliffe men to an extraordinary seventh national team title in succession.

Clonliffe made the short journey to the Park with a full complement of teams. First into the fray were the junior women with a seven strong team, most of whom would not have relished the prospects of a long xc race but all went the distance to finish in fourth place. Bizarrely it was that junior women’s race that made the national headlines and made the national airwaves that night and next morning as the runaway winner DSD’s Siofra Clerigh-Buttner was disqualified because she was too young to run in a junior race. The following day the usual voices were given an open mic by Joe Duffy to say how unfair and ridiculous a rule it was. As was the norm at the time our sport was deemed newsworthy if there was controversy.

The Clonliffe junior men were very much expected to be at the business end of proceedings but in reality many were overcome by nerves and did not run to expectation as the team ended up in bronze. Devastating as it was at the time for these young athletes it is interesting to see that from that team three are still very much involved with the club, Jayme Rossiter and Ian Guiden are still competing whilst Graham Mahon is one of our juvenile coaches.

When the gun went to the start of the men’s race Mark Kenneally’s intentions were clear: today he would not be the bridesmaid. He hit the front from the start and powered away from a strong field which included Gary Thornton (GCH) and Gary Murray, who of course finished his career in the black and amber of Clonliffe but then was a member of St Malachy’s. By halfway it was done and dusted, Kenneally was well clear with a growing lead and the only question was how much would he win by. After six laps of the course the Clonliffe man came into the finishing straight and a broad smile broke out on his face as he raised his arms in triumph to take his first, and as it would transpire his only, national senior cross-country title (now before you start messaging we are aware that Mark did previously win the national short course cross country title but the day in the Park was the NATIONAL!). The winning margin was all of 14 seconds. With Chris Cariss in eight, the ever dependable Sergiu Ciobanu ninth and John Henegan 15th, the Clonliffe men were clear winners on 33 points with Raheny on 52 second and DSD 3rd on 87.

Joe Cooper had once again proven that he had the Midas touch: a 7th national cross country team title in succession. Needless to say a night of celebration ensued in the Clonliffe club bar until long into the night. It was indeed another one of the “Glory days”.