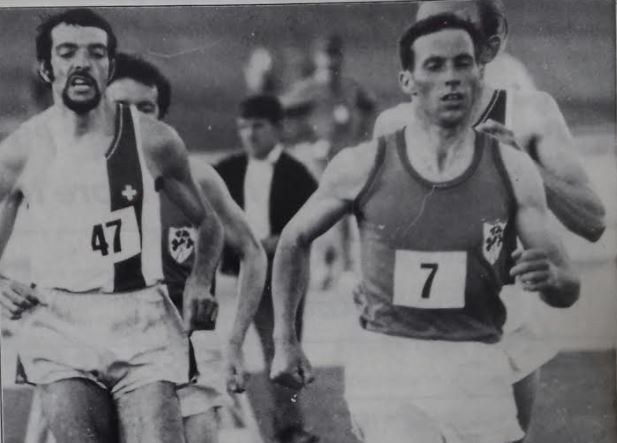 As Team Ireland has just announced the selection of athletes for the Tokyo Olympics today we look back at a feature article (attached) on our Club President, Paddy Marley.

All the way back in 1989, none other than 3-time Olympian Dick Hooper penned a fine piece in the Irish Runner magazine on Paddy (then Clonliffe Harriers captain) following his appointment as Ireland Team Manager for the 1992 Olympic Games in Barcelona. See below for the full piece. Dick’s interview with Paddy covers a lot of ground, particularly the 1980’s period when Paddy assumed the captaincy of a hugely talented Clonliffe squad including the likes of Kiernan, Harvey, Tierney, McDermott, Keane , Mulligan, Noonan, Finnegan et al.  This is where Paddy’s organization skills and powers of  motivation really came into play, convincing his team to be primed and ready to line up for the National Cross-Country championship, which they went on to win on multiple occasions.

The interview looks back to the source of his talent and determination, from the early days in his native Donegal through to the successful club years in Santry, while earning international selection for Ireland along the way.   He had a noteworthy first encounter with the great Billy Morton when he first arrived at the stadium, asking if it would be alright to train on the track, to which Morton replied: “What the hell do you think we built the damn thing for?“

Finally, Paddy speaks of his role of team manager for the Barcelona Games and the challenges involved. The tasks at hand included the delicate handling of communications and building relationships with the athletes and associated parties, at a time for example when the views of BLE (former Irish Athletics body) and some US-based Irish athletes were not always well aligned. Paddy could draw on his years of club leadership to bring the diplomacy, organization and team-bonding required to help the team to perform to its highest level at the Games.

With about a month to go to what will be a much anticipated Games – one year late and truly different then any previous edition –  we wish all the Irish team the very best.