Day 3 of the Dublin Juvenile Championships and from yet another venue, today it was Irishtown. It was, however, more of the same from the Clonliffe athletes: top drawer performances throughout.

Starting off with the field events where Jonas Norvaias was again in top form winning the boys U/14 shot. Jonas Nyberg was 2nd, making it a Clonliffe shot one two, later Jonas, Nyberg that is also took javelin silver. Also in the javelin it was a great day for the Laipy girls as Nicole won the U/14 javelin and Alex won the U/17 javelin and also won the U/17 100 hurdles for good measure.

Emma McDonnell, who has been in excellent form all weekend took silver in the U/15 girls 200 with Holly Roche 3rd and Alex Toomey 4th. Alex later took bronze in the long jump. Sally Sumola another winning medals all weekend continued with U/14 200 silver.

It was a great weekend indeed for the Clonliffe athletes. The Championships continue on Wednesday with the 1500s and also the High Jump, which was rained off today, and then continue with relays (uneven ages) on Friday and Friday week (even ages). 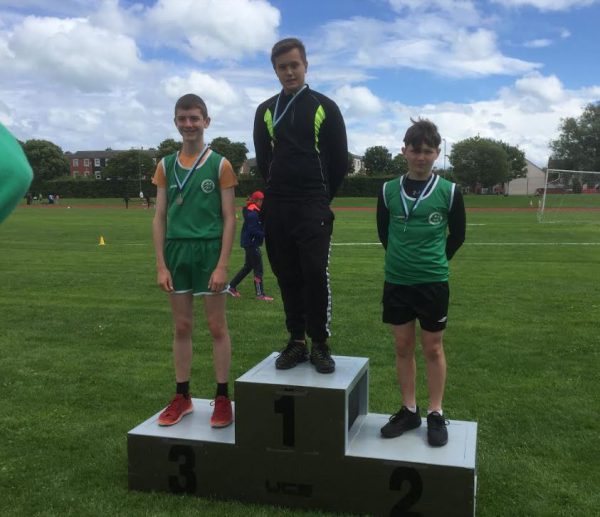 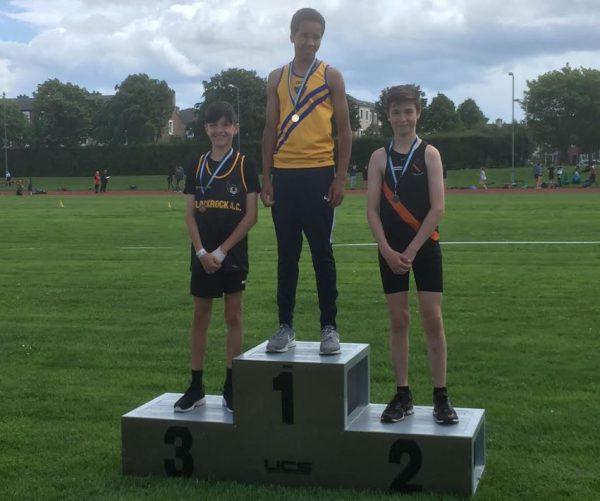