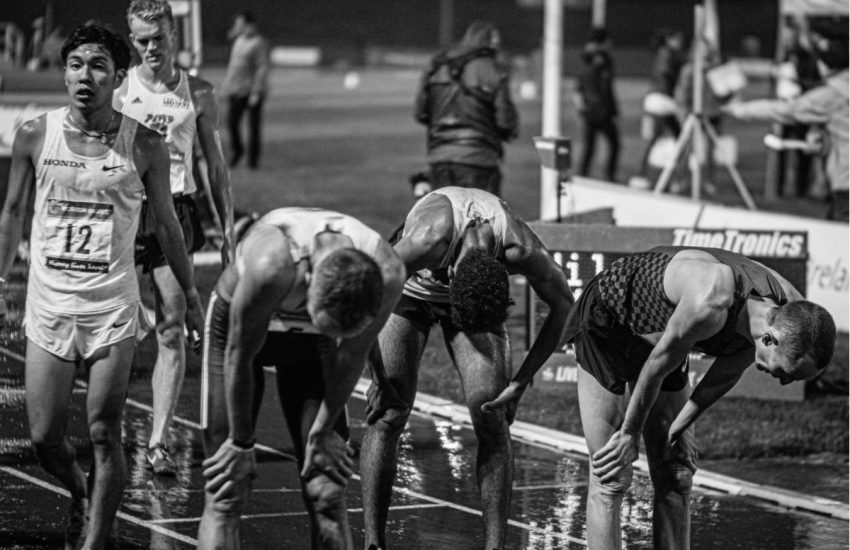 Back in the late 1960s “Heroes and Villains” was a key track recorded by the Beach Boys for their ill fated album ‘Smile’. It could also have been the theme song for the last Morton Games held on this night, August 21, two years ago. That particular Morton Games was the first where the weather was the true villain, incessant rain from the off and a cold night in Santry made for the worst weather conditions we have had for any Morton Games. Having regard to what has been endured since 2019, however, oh how we would have accepted a similar night at any time over these past 18 months! So today we have a look back:

Morton Games had gone from strength to strength since the first annual modern version of the meet commenced in 2011, two years ago we had gathered in outstanding fields for each and every event. The athletes had started arriving in Dublin to their accommodation at the Holiday Inn, Northwood, in the days leading up to the meet, old and new friends of Morton Games were greeted as we look forward to the big night. O the morning of August 21, 2019 things did not look good, the wind was whipping up and as the athletes had a shakedown that morning there was a gale blowing down the track. By 7 PM the clouds looked ominous and then sheets of incessant rain non-stop.

It was a case of getting on with it and doing the best we can in the circumstances, the officials as always got on with the task at hand, the Clonliffe volunteers were out in their droves, unfortunately the weather conditions kept the casual observer away from Santry ….. the 1958 attendance record would not be under threat on this night!

On track heroes were everywhere. International athletes are hardy individuals and a magnificent night’s entertainment was served up. Highlights:

A second Morton Mile win from Robert Domanic (USA) in a time of 3.58.90, despite the conditions five athletes manage the magical sub- four. A truly magnificent win in the Albie Thomas 5000 from Aussie Pat Tiernan who took tumble, including a somersault, after 600 but still managed a 13.28.41 win, magnificent in the conditions. Tiernan this year fell victim of the conditions at the Olympic Games, collapsing in the 10,000. Another Tokyo Olympian, 2021 USA Champion Elinor Purrier won the 1500 in a time of 4.08.59.

In the sprint events an intriguing men’s 100 which brought 19 athletes to the start line whittled post heats to 10 athletes and then at 8.05 PM a superb win by Cordero Gray (USA) in a time of 10.44, again an incredible time into a strong headwind. In the Women’s 200 Phil Healy gave the packed home straight stand something to cheer about as she came off the bend in first place and battled all the way to the finish line just being overhauled by Kiara Parker (USA), Parker winning in 23.94, again very impressive in the conditions from Healy’s 24.02. Phil Healy of course this year made history competing in three events for Ireland at the Olympic Games.

The women’s 800 brought the prospect of a Ciara Mageean win and the possibility of a fast time, the pacemaker did an excellent job but the strong headwind put paid to any such notions. Coming off the final bend with Mageean well in contention with anyone of 5 to choose from, in the end it was the fast finishing tall figure of Canada’s Lindsey Butterworth who was strongest down the straight winning in a time of 2.01.33. The men’s 800 saw Mark English run out of it with 200 to go as Isiah Harris (USA) took the win in 1.48.20.

The field eventers were true heroes that night as they suffered more than most in the conditions. Down at “High Jump Hill” Australian’s Eleanor Patterson (1.89) took a fine win from Ireland’s Sommer Lecky (1.83) and Amina Smith (USA) 1.83. Lars Timmerman-Jetten (NED) threw 75.94 in the javelin to retain his Morton Games title with our two Japanese visitors, Ayumo Ishiyama (72.22) and Gen Naganuma (71.09) in second and third positions.

A hero on the night was Obi Igbokwe (USA) winning the 400 in 45.95, quite extraordinary in all the conditions, since then however the hero has turned villain having failed a drug test this year and being slapped with a lengthy suspension!

There was an interesting experiment, a first in Ireland of a mixed 4 x 400 relay. Since that of course we have all become well versed with the concept. This was basically an Ireland versus the Netherlands match. Bizarrely however the Dutch became the villains of the piece as inexplicably their leadoff runner left the batton behind! The Dutch carried on finished the race and were promptly were promptly DQ’d!

It was a night which despite the conditions produced outstanding racing and performance that not only by the athletes but also by the hard-working officials. The other thing the conditions produced, and particularly because it was the latest time in the season at which the modern Morton Games have been held, was the most dramatic photographs and footage as the rain pelted down under the full stadium lights. Hopefully, and if you will excuse the pun, your appetite has now been whetted as we look forward to the return of Morton Games on Saturday, July 2, 2022 (subject to approval of European Athletics)