A packed Morton Stadium last night witnessed the fastest ever 100 ran in Ireland courtesy of the second fastest man on the planet Yohan Blake a scorching 10.12.

The 100 was the highlight of what was a tremendously enjoyable and successful Meet.  The conditions on the night were perfect, the threatened rain held off, by all accounts concert goers at Croke Park a mere two miles away took a bit of a soaking but the weather gods shined on Morton Stadium, a little chilly for July but virtually no wind.  Simply perfect.

The night got off to a great start with the unique sixteen legged relay for club juvenile athletes adding up to a mile.  Great fun and a great experience for the 160 plus young athletes competing.  Rathoath AC came out on top in a time of 3 mins 34 seconds!  Second were Clonliffe Harriers A with Tallaght A.C. 3rd.

The first international race of the evening was the Men’s 400 hurdles, unfortunately Thomas Barr had to pull out with a slight injury although the World Universities champion was there as a guest and was treated to a rendition of happy birthday led by commentator Liam Moggan.  The race itself was a very tight affair with New Zealand’s Michael Cochran being strongest down the home straight to win in a time of 50.07 from Quincy Downing (USA) and Michal Broz (CZH).

Expectations were rising as the 100 men came to their blocks, a who’s who of international sprinting with the Jamaicans of course being in particular prominence.  From the starters gun it was like synchronised swimming as the whole field rose as one from their blocks and tore down the straight, from the halfway stage there was no doubt that it was going to be Yohan Blake’s day, he winning in an Irish allcomers record of 10.12 from Michael Frater 10.27 and Mario Forsythe 10.3 completing a Jamaican one, two, three.

Next up was the Men’s 3000, a magnificent race with a huge field and when the pacemakers pulled off Andy Vernon led the way but found himself essentially becoming the third pacemaker as the pack sat on his shoulder with Will Geoghegan (USA) in particular looking menacing.  At the bell the pack were poised behind Vernon and on the back straight Vernon was left as Geoghegan struck for home with Sam McEntee (AUS) right on his shoulder, at the final bend McEntee moved wide and sprinted down the home straight to win the Albie Thomas Men’s 3000 in a time of 7.48.35, a fraction behind was Geoghegan 7.48.79 with Canada’s Ross Proudfoot 3rd in 7.49, Vernon was 4th 7.51.13.

There were excellent runs throughout the field, Zak Patterson (AUS) a late addition to the field justifying his inclusion with a huge PB as he finished 6th in a time of 7.53.49.

On then to the 800 metre races.  New Zealand’s Angela Petty, the World Universities champion came looking for a fast race and in particular looking to run sub 2.  She bravely followed the pacemaker and once the pacemaker pulled off powered on in front and true to her word ran sub 2 1.59.89, a fraction off the stadium record but the first sub 2 minute 800 seen at Morton Games.  US visitor McKayla Fricker was a battling 2nd 2.01.35 with Alexandra Bell (GBR) 3rd 2.01.82.

The Men’s 800 produced the surprise of the night with a magnificent Irish win from young Karl Griffin.  The pack coming down the home straight with Declan Murray looking like he was going to win only to get swallowed up metres from the line as Griffin came with a late charge to win in a time of 1.47.47.  Michael Rutt (USA) was 2nd 1.47.60 with Robby Andrews (USA) 3rd 1.47.80.

Finally the Morton Mile at 9 p.m. sharp bang on time.  Whilst not quite as fast as last years sizzler it was a truly magnificent race.  At the bell any one of a half a dozen could have taken the title but in the end it was the tall Australian Jeff Riseley who prevailed taking the Morton Mile in a time of 3.57.09, Pat Casey, for the second successive year, was once again the bridesmaid 2nd in 3.57.36 with Riley Masters 3rd 3.57.48.

Morton Games would like to thank all our sponsors without whom it would not have been possible to put on such an excellent nights entertainment, the athletes for their continued support of the Meet, the hard working officials not just on the night but in the weeks and indeed months leading up to the Meet and the fans who turned out in their droves. 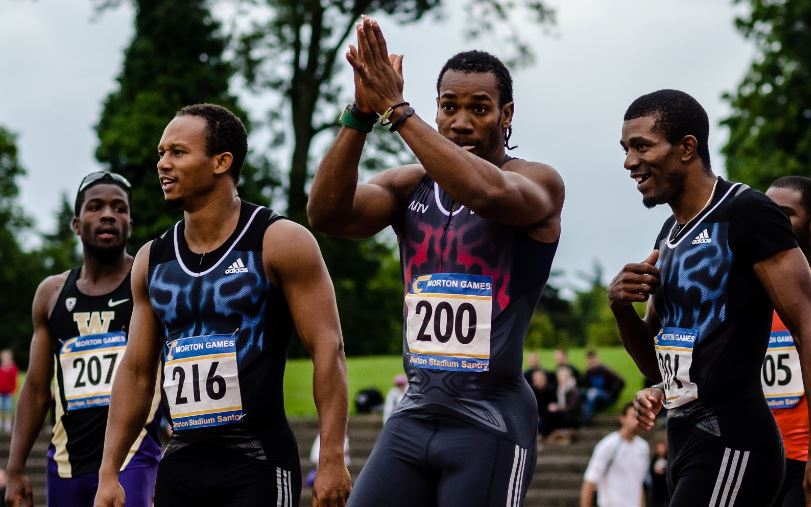 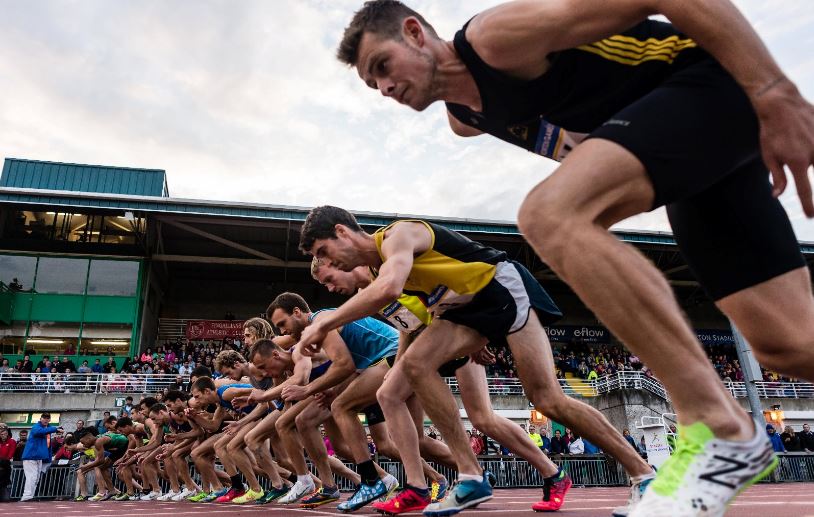 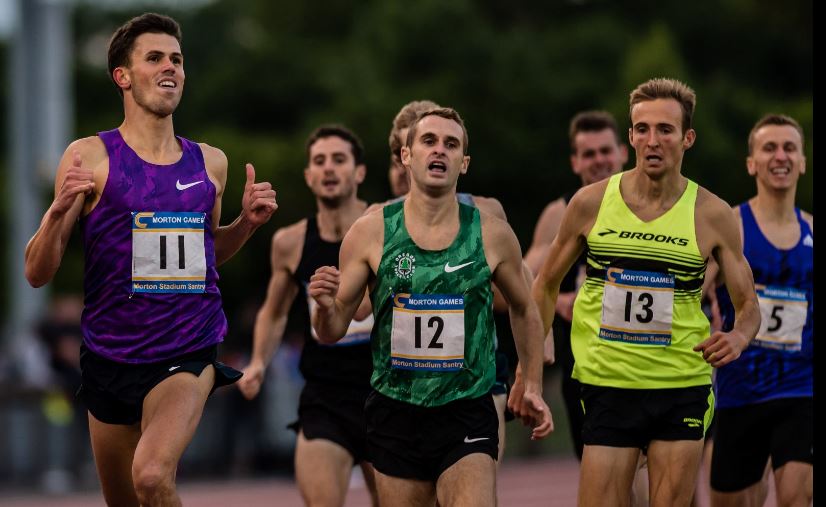 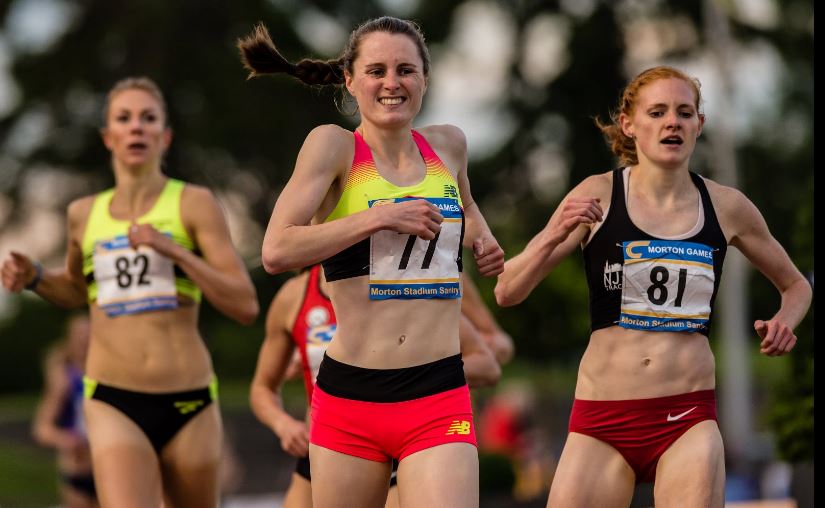