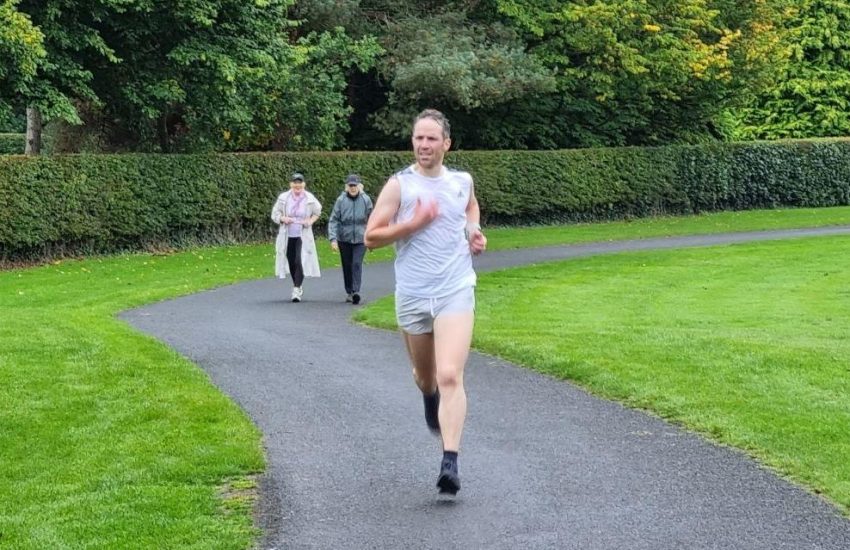 It was a case of ‘opportunity knocks’ for David Mullen at this morning’s Clonliffe club 10 mile championships in Malahide Castle. In the absence of the pre-race favourite David grabbed the opportunity with both hands. Having gone out at a conservative pace over the first two laps in particular he lay in third place as Stephen Treacy led, with a lap to go David was second maybe 40 m off the lead but upping the pace on the bell lap he overhauled Stephen to come home well clear to be crowned Clonliffe 10 mile champion for 2021 in 64.35. Stephen Tracy held onto second place from Dermot Faughnan in third.

The women’s race featured an enthralling three way battle and it was only on the final tour of the castle grounds that Mary Ketterer raced clear to take the women’s club championship in 72.36 from Sinead McDermott and Emma Dunne.

The 10 mile also includes a handicap, as part of the Grand Prix series, which was also won by Mary Ketterer.

The Ahern Cup was presented to the men’s champion by Maurice Ahern accompanied by the club captain. The Ahern Cup was originally given to the club by Maurice back in 1978. The Clonliffe 10 mile championships itself commence back in 1964 and was competed for at various venues around the Santry area, particularly around the back of the airport, the record time was set in 1979 by Jerry Kiernan, 49.02. The club 10 mile has resided in Malahide Castle since the year 2000.

The next club race is the Walker Cup, 4 Mile on the track in Morton Stadium on Thursday October 21st.