With most athletics, and indeed most sports fixtures in the country, falling victim to today`s snow those who braved the roads and headed to AIT Athlone for the National Juvenile Indoor Championships were rewarded with nice warm, seated surroundings and not a splash of mud in sight!

The Clonliffe athletes who had qualified for the championships all put in solid performances. Jonas Norvaisa was in super form in the boys U/15 shot claiming silver with an impressive 14.30m. 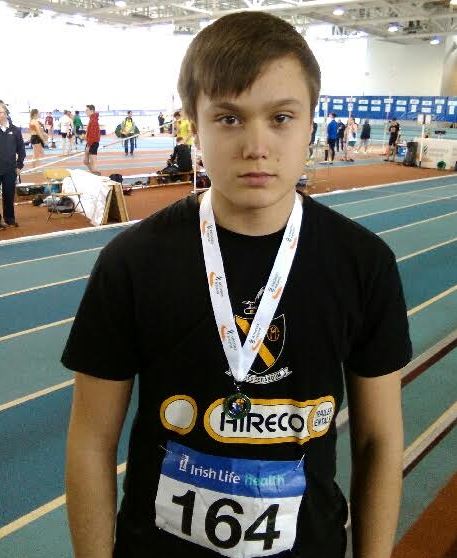 On the track the day commenced with the 400, in the U/18 girls race Rebecca Fitzsimons placed 4th in her heat with a 62.50 run not enough to get through to that afternoon`s final. A similar fate befell Lauren Carr in the U/19 race, 4th in 62.62.

Finally in the 60m Sally Sumola enjoyed a great day in the U/15 race, qualifying for the final after an 8.09 heat and then running 8.03 in the final to capture bronze. In the U/19 60 Caitlin O`Reilly ran 8.00 in her heat to qualify for the final. In the final Cathlin put in a great effort running 7.90 but not quite enough to take a medal as she placed in that most unlucky of positions 4th. Also qualifying for her final was Alex Twomey in the U/16 60 after an 8.07 heat and placing 8th in the final 8.11. Finally Kristian Bosnjak was 12th in the boys U/17 long jump (5.34m). 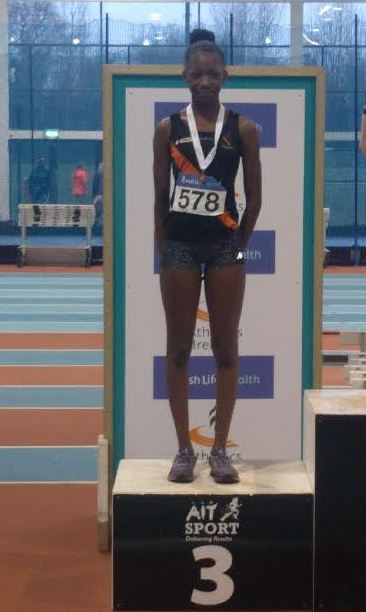