The Aviva Leinster Schools Cross Country returned to Santry Demesne today hosted by Clonliffe Harriers. It was a real cross country day: rain, wind, cold and muddy. A day that tested the resolved of both athletes and officials. A day when strong athletes stand to be counted. It was a day for the cross country connoisseur.

The worst of the weather was endured by the Clonliffe course builders on the early shift. Matters improvement for the day`s racing and thankfully the course had been taken down by the time the hurricane like weather struck Santry.

The first Clonliffe athletes into the fray were in the minors. The honour of the first Harrier to race falling to Lauren Carr who battled away over the 1500m distance to place 50th. The boys ran 2,000m, two laps of Santry,  Cian Bolger ran a very good race placing 13th, likewise a good run by Ben Guiden (Belvedere) in 39th and Jack Horan, also St. Aidans in 102nd.

With one of the best runs of the day Alex Hogan lead the St. Aidans team home to Leinster silver and a place in the All Ireland Schools Final in Cork on March 8th. Alex got off to a superb start into the top 10 by the end of the starting straight and then up to 8th starting the second lap and holding that position all the way to the end of the 3,000m. Great runs also in the red and white by Fintan McManus to place 20th, Sean O`Leary 31st, Joey Hutchinson 39th and Daniel Craig 82nd.

The St. Aidans lads then lived up to their top billing in the inter boys race over 4,500m, three big laps of the Demesne. Great runs at the sharp end of things with three in the top 10 saw the team record a comfortable Leinster title win. Cathal Doyle 3rd, Adam O`Brien 5th and Brian Flanagan 7th. These three were very well backed up by Sean Carrigg 18th, Alex Gibbons 39th, chest cold victim Joseph Hession 54th, Greg Hosseny 73rd and Shane Merrigan 76th. Kevin Lofus in the Belvedere black and white also had a good run in the mud placing 45th.

The second of the Clonliffe girls running today was Laura Tuite in the senior girls 2,500m. Laura was another suffering from a heavy cold but went out and achieved her objective of qualifying for her first All Ireland Schools cross country with a 12th place finish. 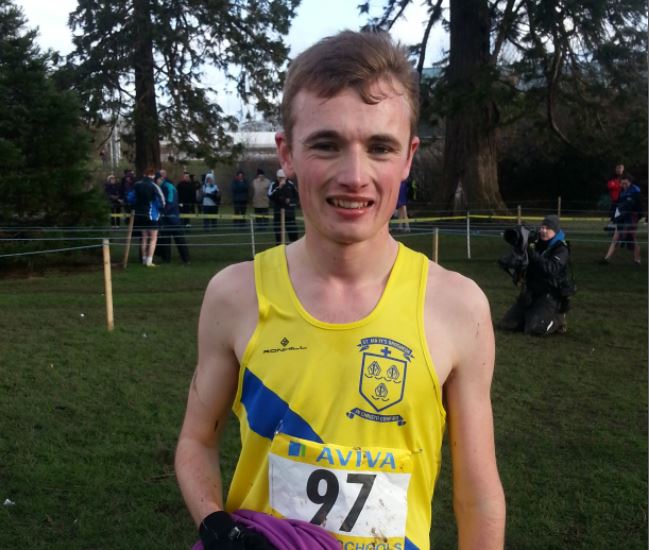 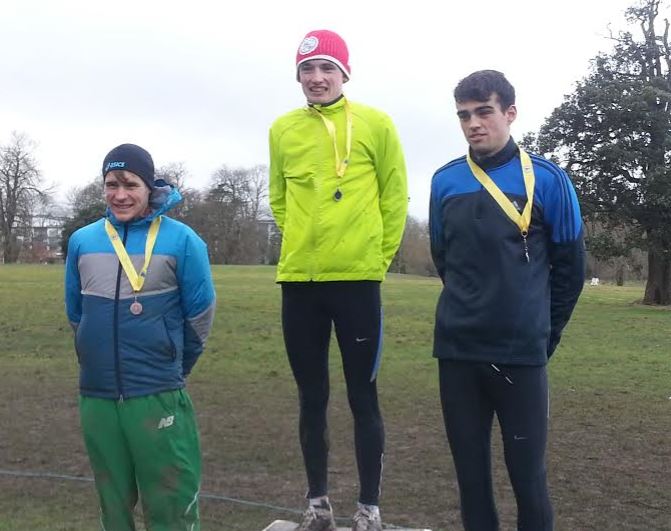 Finally the senior boys over 6,000m, four laps of pretty well cut up ground at this stage. Reigning champion Aaron Hanlon was the pre race favourite and lived up to this billing. Running shoulder to shoulder with his St. Marys school mate Andrew Coscoran he waited until a lap to go before making his move and came home clear to successfully retain his title. Other Clonliffe men in this race included Ross Kearney, a fine run in 30th place. Josh Stubbs 32nd, young Kevin McKenna who stepped up from inter today for Aidans and well and truly stood up to be counted, another inter man David O`Hanlon 51st and Anto McMahon 56th. Regrettably the St. Aidans team finished out of the top three and do not progress.

Well done to all the athletes today, it was tough out there. A big thank you to all the Clonliffe team involved in the event, another job well done.