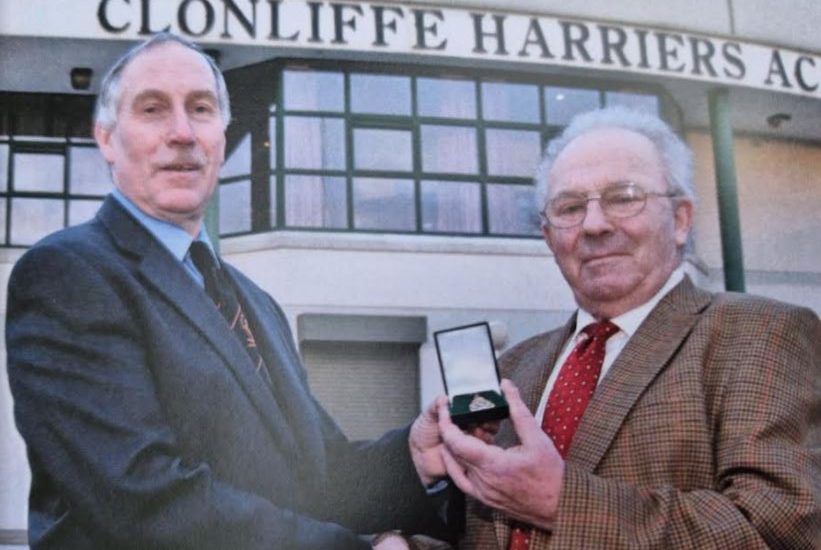 Clonliffe Harriers AC have learned of the sad passing yesterday, October 10, of our former club captain Christy Brady. Although Christy had been unwell for a number of years he had remained an avid follower of the happenings in Clonliffe Harriers with regular updates on visits from his clubmates. Until recent years he attended many of the club’s events including the Morton Games and the national cross country.

Christy was club captain for four years: 1975, 76, 77 and 78 and attained legendary status when he led Clonliffe to our first ever BLE National senior cross-country title in 1976 in Ballinasloe with a scoring quartet of Gerry Finnegan, Jerry Kiernan, Frank Murphy, Jnr. and Padraig Keane. A feat which he repeated the following year (Keane, Kiernan, Finnegan and Tony Murphy).

The President, Committee and members of Clonliffe Harriers extend our heartfelt sympathies to Christy’s family at this sad time.

Funeral arrangements: Reposing at Stafford’s Funeral Directors, Maypark, Donnycarney, on Tuesday, October 12th, from 3pm to 5pm. Removal on Wednesday morning to the Church of St John Vianney, Ardlea Road, for 11.30am Mass, followed by burial in Fingal Cemetery