The Loftus Winter Olympic Report: What better way to celebrate a terrific end to another terrific year in the eyes of our juvenile athletes than to partake in what has been described as “an elite and covert low altitude training session”, also known as the annual festive excursion to the RDS Winter FunderLand for some fun on the ice.  Many of the runners from Mick and Noel’s group gathered promptly in Santry for the on-the-hour bus today before travelling to Ballsbridge. In what was a day thoroughly enjoyed by all, many of our athletes showed particular promise in the realm of ice-skating, below mentions but a few.
Both Clíona Cooley and Amy Connolly featured mostly as partners taking keenly to the ice from the off, with an almost “dance” like quality to their skating.  Both were embroiled in a seriously competitive game of chasing it seemed from their constant scurries to catch Daniel Lacey, another natural at ease on the unstable ground.  Fionntan McManus managed to outpace most of his contemporaries, gliding rigorously around the rink with finesse also.
However as always, despite our previous workouts under similar conditions in the pre Winter Olympic sessions of years before, today saw many a handrail-holder in attendance.  Craig Giles, our only first timer took very few tentative steps towards the centre of the rink yet performed admirably as a newbie without any experience.  Seán O’Leary successfully maintained a strong grip on the barrier for the duration of the session, his hands only ever leaving when his feet came swiftly from under him.  Accompanied by Jack Horan and Ben Guiden, these four guided each other to more than a few stumbles to the ground, unaware that clutching each other does more harm than good in this particular situation.
Yet many felt this thrill and excitement was simply not enough.  While some of the more measured and relaxed runners went to refuel after the exhaustment, others queued patiently for not one but two joy rides; one of which quite literally gave one a snapshot of what our city looks like upside down at a height of 100 feet.  There were plenty of shrill yelps and screams heard from observers below as passengers were catapulted in circular motion through the air at a very high speed.  The title “arm of death” was attributed to this ride by Noel Guiden a number of years ago, and it certainly still to this day lives up to every expectation.  Despite their desire for the contrary, Mick and Noel were disappointed to report that no one was lost in the aftermath of the so called “enjoyment”.
Finally, as is only customary for an athletic squad on an excursion like this, the bus heading back in the direction of Northwood was spotted at distance on Merrion Road; abruptly followed by a slight panic and stampede towards the bus stop ensuing.  It is needless to say that all were accounted for on the stuffy, stiflingly hot bus back to Santry.  Thank you to all who made the effort to come with us, and to our coaches who acted in an expert capacity as hangers for coats and scarves.
Report by Kevin Loftus 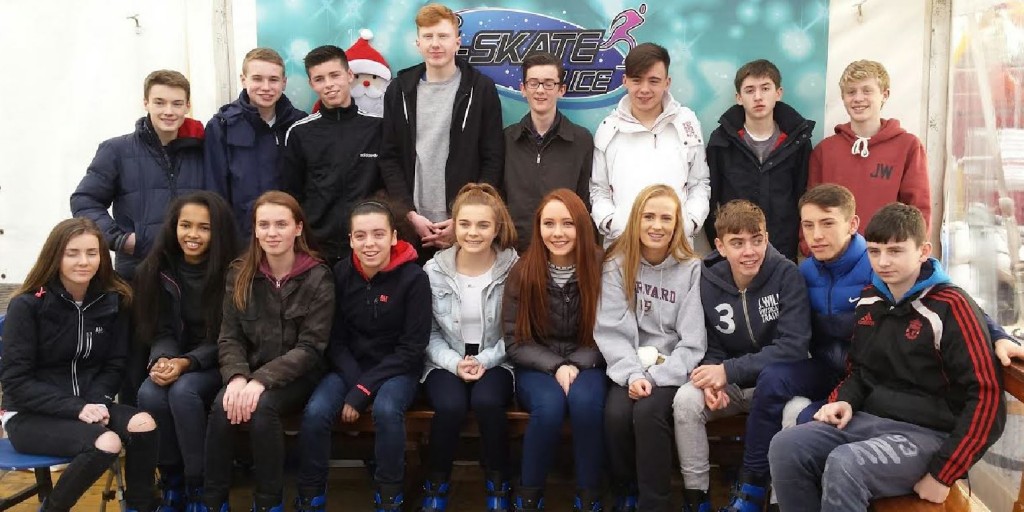