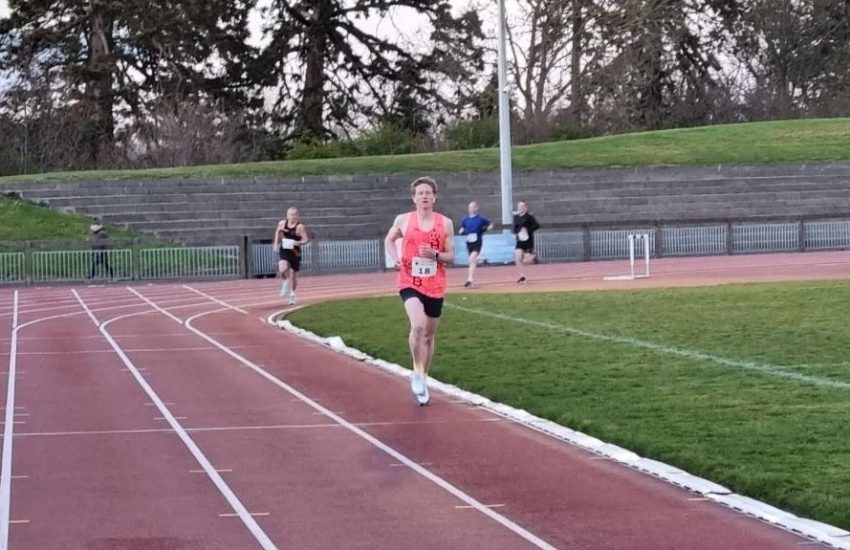 Race report – Liam Hennessy: Thursday, 31st March marked the commencement of the Clonliffe Harriers Grand Prix Series for 2022 with the running of The Frank White Memorial Cup 5 Mile Track Race at Morton Stadium. The Weather showed 7 degrees and clear. There was a sense of excitement that we had a Grand Prix Series actually happening after such an emotional few years of Covid. A sizeable group of athletes were called to the line and the race was off. From the start, Sean Doran was intent on taking out the pace, followed by Anto Doran with Mick Mc Mahon, Ray Dunne and George Brady were in close pursuit. Within a lap the entire field was strung out with many small groups working together. There were plenty of officials on hand, counting laps remaining for the large number of runners. As the race continued and in to the late stages Sean Doran took a commanding lead to finish in a fine time of 25.20, two clear laps ahead of second place finisher Anto Doran who recorded a time of 28.04 with Mick Mc Mahon finishing in third place in a time of 29.46.

On behalf of the Grand Prix Committee we would like to thank the Club President, Paddy Marley, Club Captain, Noel Guiden and the many officials who attended to make this race happen. And thanks to the runners who competed.