The 2014 Clonliffe Grand Prix Series concluded on Saturday with the Irwin Cup and tonight at the Grand Prix presentation the winner of the series was announced. After a series lasting some 6 months and including races over every surface: track, cross country, road and some trail the 2014 winner is Richard Case of Portmarnock AC. Runner up after a season long chase was another Portmarnock man Dermot Kelly. 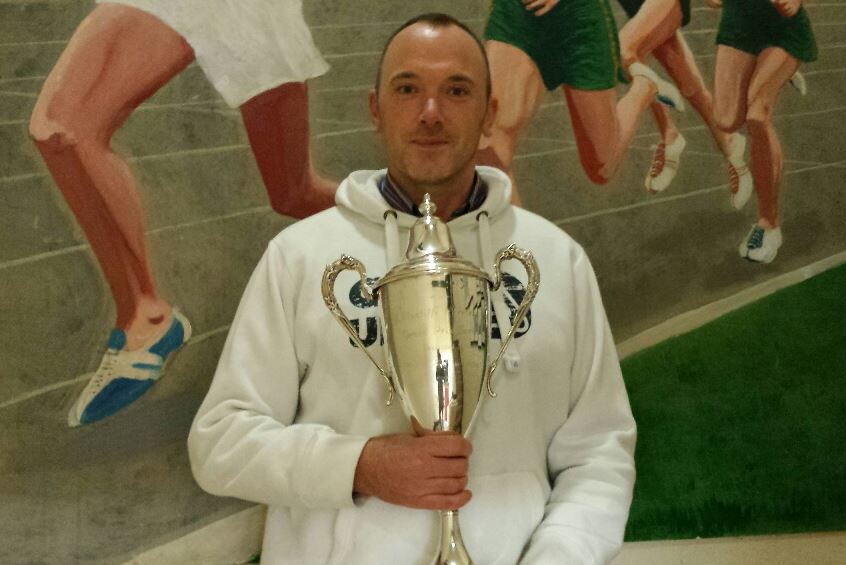 It was a nice end to the season, the night commencing with a 3000m track race under lights on the track and then athletes then enjoyed a great social in the club bar. Grand Prix chairman Maurice Ahern was the MC with presentations made to the winning athletes of recent races including the Irwin Cup, the club cross country championships, the Horan Cup and the Ahern Cup for the club 10 mile, by the club captain Joe Cooper and President Paddy Marley. Noel Guiden on behalf of the series sponsor Behan & Associates made the presentation of the Behan Cup and winning prize to Richard Case. The Pat Linane Cup for the fastest athlete (the Green Jersey) was presented by sponsor Fred Connolly to Tom Sherlock.

The Grand Prix will resume again in the Spring. Well done to the organisers, the officials and athletes. The next club night will be the Cake Race on Thursday December 18th.