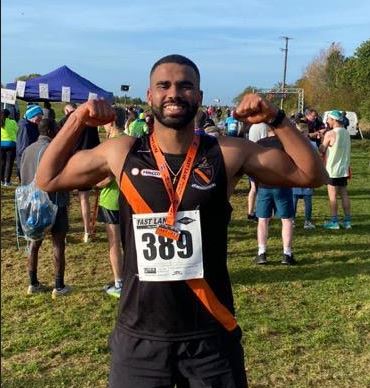 A busy weekend for the club with today’s Clonliffe 2, the senior women squad in action at Leinster cross country, the men preparing for nationals and then also a number of other results over the course of the weekend: David Fitzmaurice made his marathon debut on the streets of New York today finishing in a time of 2:30.28. Sean Carrigg ran his first race in sometime recording a time of 1:20.08 in the Clondalkin half marathon, also in that race Sinead McDermott was third woman in 1:35.42. At the Leinster senior cross-country Brian MacMahon was 11th in a time of 34.54 on what was a pretty horrendously tough course!

Yesterday Eoin Pierce ran the final leg in the English cross country relays (5 x 5 K) for Newham and Essex Beagles recording a time of 16.27.50 as the team placed 12th.

On Thursday morning Diarmuid Doyle was 15th in a time of 22.34 at the Dublin airport central 5K in ALSAA.