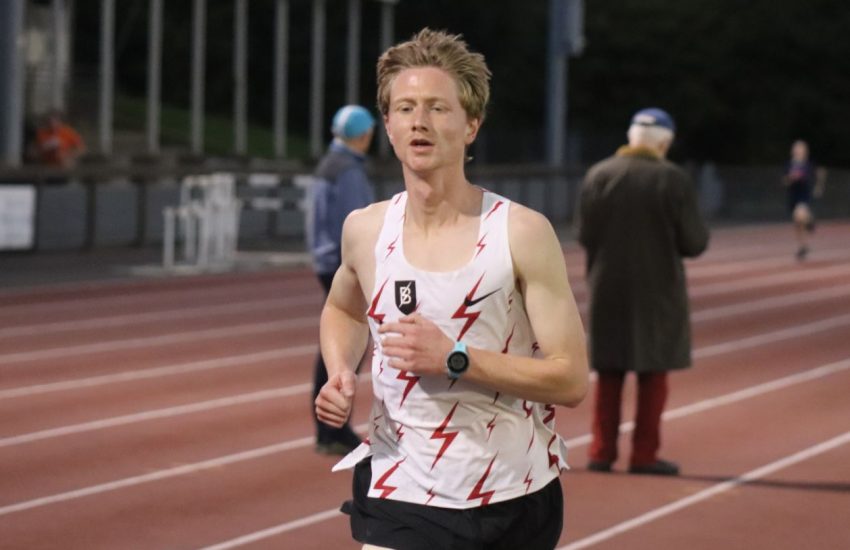 In addition to Cathal Doyle’s superb 5000 in the US and the juvenile relay teams in Athlone Clonliffe athletes have had a busy weekend. On Friday night in Morton Stadium Darren O’Dwyer had a good outing for DCU in their match with the University of Cardiff finishing 2nd in the 1000 in a time of 2.41.09. Later Darren ran the 400 leg in the mixed DMR on the DCU B team that finished 3rd.

With the BHAA race in St Anne’s the Saturday Park Run shifted from St Anne’s to River Valley in Swords and bore witness to an unholy alliance – the birth of a new club:

On the subject of Park runs in the Malahide Park run Ray Dunne ran 18.21 and Martin Tracey 21.33.

The Sherlock brothers after hammering all comers in last weekend’s Leinster masters indoor Championships travelled overseas for their annual trip to Inis Oirr where once again they dominated over a tough hilly course, Niall 1 the 5K in 17.33 and Thomas the 10k in 35.16.

Stateside more great news as Aaron Cullen now recovered from injury had an outing for Yale over 800 running 1.58.95. Likewise Sean Kay, in his first race since the European Cross Country, also for Yale recorded 3.58.49 over 1500 at that meet on Saturday.

Sunday: Simon Galligan was 2nd in the Hammer at the Spring throws Meet in Templemore with a best of 57.11.