Weekend round: First stop Athlone where the Glohealth National Junior and U/23 Championships are taking place with medals won by the club`s field eventers. A fairly unique double up from Andriu Mahin saw him that the U/23 triple jump title with a best of 13.83 and high jump bronze with a 1.85m jump.Michael Curley won junior shot silver with a best of 12.17m. Also in Athlone Keith Pike won his U/23 60m heat with was DQ`d in the final. 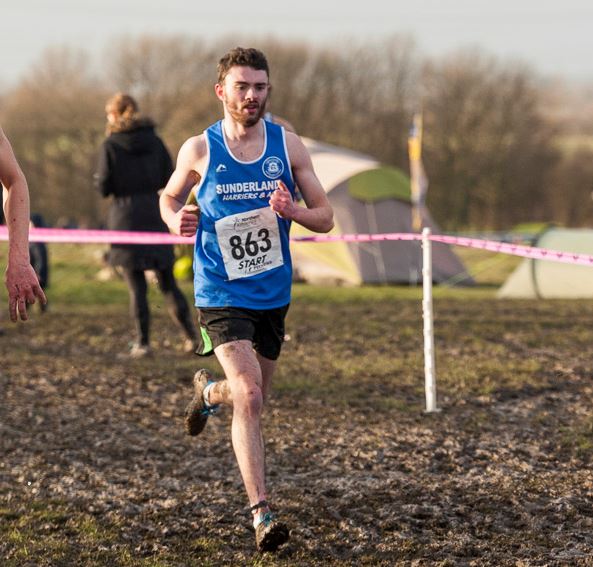 Meanwhile yesterday (pictured above) Liam Roarty was competing for Sunderland Harriers in the Northern Cross Country Championships in Pontefract where he placed 104th from a huge starting field of just 3 shy of 700!!

Stateside Aaron Hanlon was on the Providence 4 x 800 team that won the relay race at the URI Sorlien Invitational in Kingstown, Rhode Island yesterday.