Sara McCormack in Dundalk today bridged a 28 year gap, all the way back to Mary Donohue in 1986, to win the National Senior women`s Cross Country title for Clonliffe. The Irish International athlete ran a superbly judged race over 8,000 hard muddy meters to hit the front with 200m to go and take the title back to Santry. Sara`s gold was the bright note of a day which in truth proved to be very disappointing as other coveted team titles slipped from the black and amber grasp.

The day had begun pretty positively enough with the junior women`s team doing all that was asked of them as the battle away with DSD. The South Dublin out fit, however, as expected easily retained their junior title. The Clonliffe girls were lead home by Hope Saunders in 5th place after a good run, and then Greta Streimyte 9th, Alannah Cooley, the youngster of the team, a second later in 10th, Laura Tuite 11th and Stephanie McCaul 12th. The girls winning National silver.

It must be said, however, that the inter club junior women`s cross country is dying on it`s feet: two teams and a total of 12 starters? Time for action someone please before this ends up as an obsolete competition confined to the pages of history. 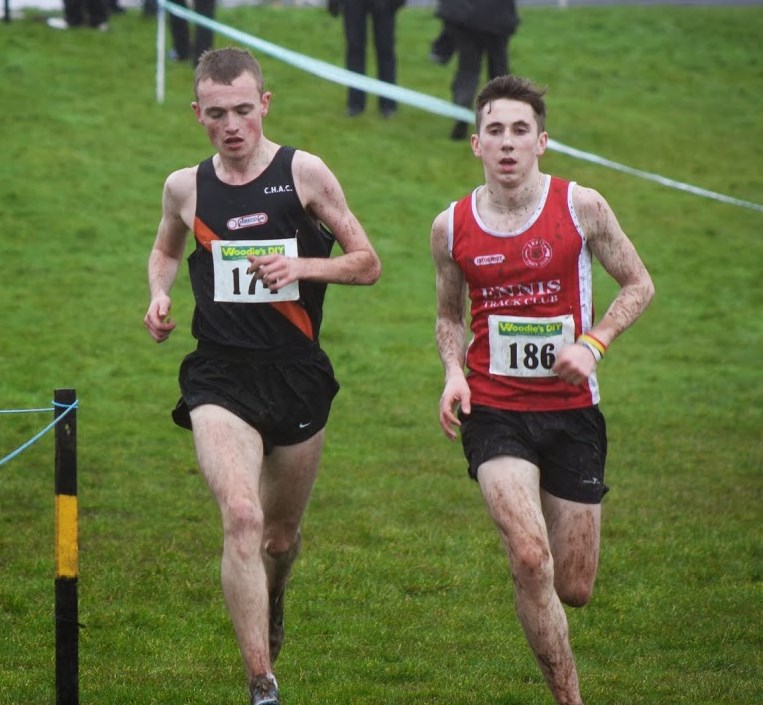 The junior men`s race was better supported but again in a so called running boom a field of 30 athletes representing 5 clubs is pretty sad. Anyway the athletes who compete can only race those who turn up. From a Clonliffe perspective a mixed bag. Aaron Hanlon gave it his all at the sharp end in a shoulder to shoulder battle with Kevin Mulcaire (Ennis TC), however try as he did Aaron never got that winning gap, indeed it was Mulcaire who put in the decisive move on the final lap to win by maybe 15m. Next in was Cathal Doyle after a solid run to place 8th. First year junior Adam O`Brien put in a very solid shift to finish 14th with the ever gutsy Brian Flanagan the final scorer in 16th. Sean Carrigg, another athlete running his first junior, was 18th and then after a race long inter Clonliffe battle Ross Kearney 23rd, Niall Norman 24th and Josh Stubbs 25th. The guys ended up 40 points some 11 behind the winning DSD out fit.

The senior women`s race was another terribly supported race. Again the numbers speak for themselves and require no further comment: 29 starters from 5 clubs, all Dublin. 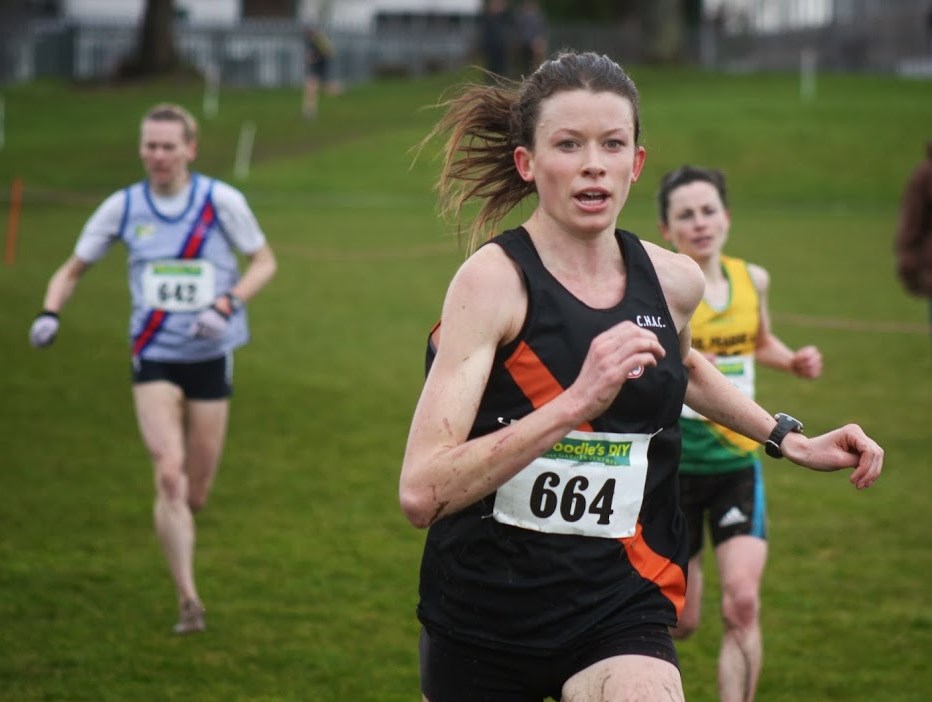 Sara McCormack has in the past filled the podium positions but never the top step, today she got her tactics spot on. She was always in the top 3 who broke away early, and always covered the breaks until the final bend when she made the break to pull away from Michelle McGee (Bros. Pearse) and Maria McCambridge (DSD) and take her first national title by a margin of seven seconds. Next in was 10th placer Ailish Malone, 17th Eimear O`Brien, 22nd Maura Matthews and 26th Jacqui Dunphy. The girls retaining the bronze from last year, behind DSD1st and Raheny 2nd. 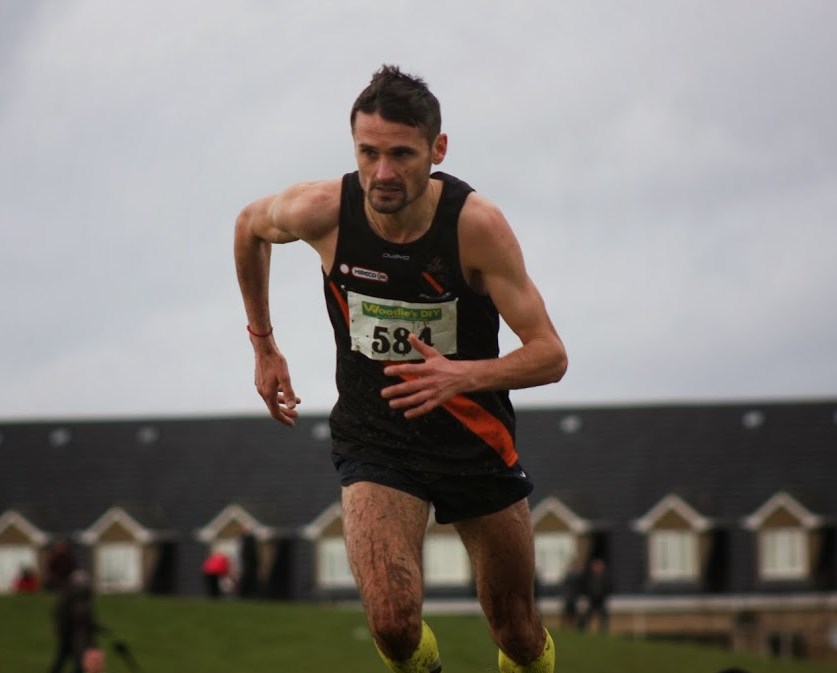 The final race was the men`s 12,000m on what was now a badly cut up course. Early in the race Gary Thornton (GCH) and Mick Clohisey (Raheny) broke away from defending champion Sergiu Ciobanu, leaving Sergiu with a race long pursuit which proved too much as the Raheny man prevailed to take a fine win. Brian MacMahon had a great run today, maybe his best National today to finish a fighting 5th. Colm Rooney was next in, running his first National since 2008, after a good run where he gave it his all finishing 12th, with Tudor Mircea placing 15th the scoring four`s score was 35 points an agonizing 1 point behind the victorious DSD team, that complete a clean sweep for their club. Gary O`Hanlon was next in placing 19th, with Ian Guiden running his first senior and in his come back race an encouraging 20th, and John Heneghan 23rd. 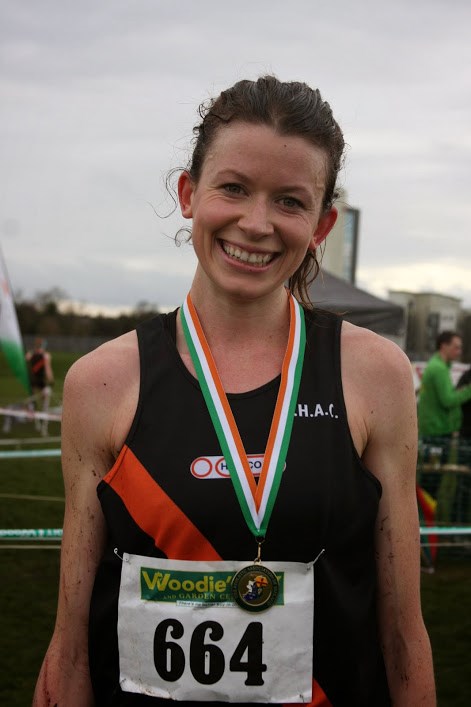 So really a mixed bag all round for the Clonliffe crew, but from the sport`s perspective it must be hoped that the powers that be not only take stock but take positive action. If not the future for this one great competition looks bleak indeed.