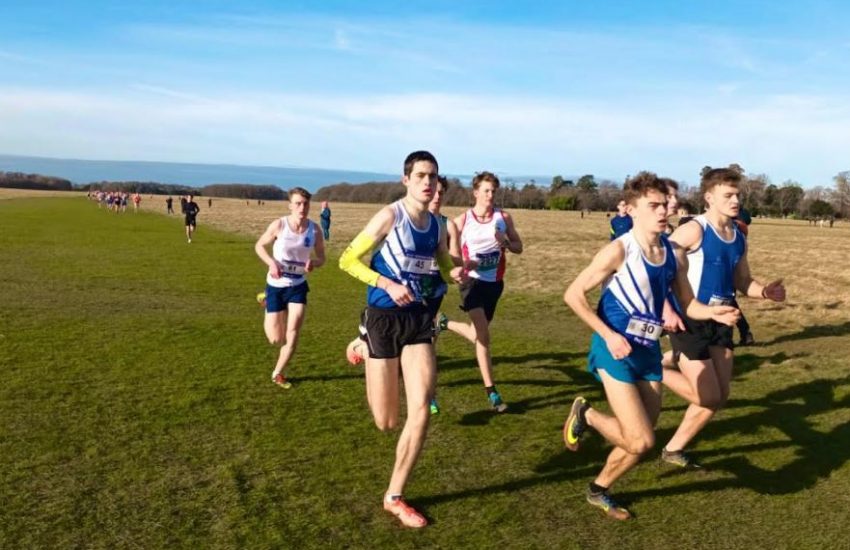 Another big step on the road to normality as the schools cross country season got underway at the wide open expanse that is Dublin’s Phoenix Park. Wednesday it was the East Leinster qualifiers, on offer places in the prestigious Leinster schools cross country which will be hosted by Clonliffe Harriers in Santry on 16 February. Clonliffe Harriers qualifiers today included the senior boys 5K Niall Carbery who placed third. Niall was part of the early breakaway group that whittled down to 3 on the long run in to the finish. Also safety through was Ronan Donohue who was 10th after steady controlled run. These two were both scoring members of winning school Ard Scoil Ris. In the intermediate boys Lorcan Benjacar was fifth of the 4K distance and safely through, Christian Finn placed 26th. Also in this one was Issac Moss who placed 41st.

Thursday: West Leinsters, William Walsh had a very good run in the intermediates placing 11th and is safely through to February 16th.

Friday: Back to the Park once again and yet another fine day in Dublin for the North Leinsters. Naoise Cullen ran very well in the senior girls race placing 12th and safety through. Lara Gallagher also ran very well but unfortunately was outside the cut in 19th place. Clodagh Nic Dhomhnail grabbed a Leinster finals place in the intermediate girls race courtesy of a fine 6th place, Hazel Kenny as always battled away but was just short of getting through in 19th. The junior girls race saw Mya O’Reilly 9th, Hannah Walsh 19th, Rachel Ardiff 20th, Sarah McDonnell 30th and junior boys Jack McDonnell 15th. In the inter boys Mateai Urchachi an impressive 2nd, JD Kelly was 5th, Sam Murray 8th, Sean Cronin was a very comfortable 9th, Oran McGovern 14th, all through, Jonny Fitzsimmons 19th, Devon 20th, Rory Quill 22nd all presumably through on the St Aidans team. In the senior boys Cillian Keegan was 5th, followed in by Sean Boyne 6th and Cian Murray 16th, again all one would assume through to next month’s date in Santry.