Keith Marks won silver in the long jump at this weekend`s National Indoors at the NIA, Abbotstown. With a 7.20m effort he not only took silver behind Adam McMullen (Crusaders) but added 4 cms to his own matter of week`s old club record.

In the 60m it was a great sight to see three Clonliffe vests on the start line of today`s final: Leo Morgan, National 100 champion Jeremy Phillips and Keith Pike, after battling through heats and semis. Leo finished top Clonliffe man in bronze and also set a new club record, breaking his own record from last weekend`s IUAA Championships, setting a new mark of 6.82, following a 6.97 heat and 6.90 semi. Jeremy was 5th in 6.87 (heat 6.87 and semi 6.90) and Keith 7th, 6.97 (heat 7.00, semi 6.99).

Mark McDonald also battled his way into today`s 800 final, having ran just over two minutes yesterday was 6th today in 1.59.53. 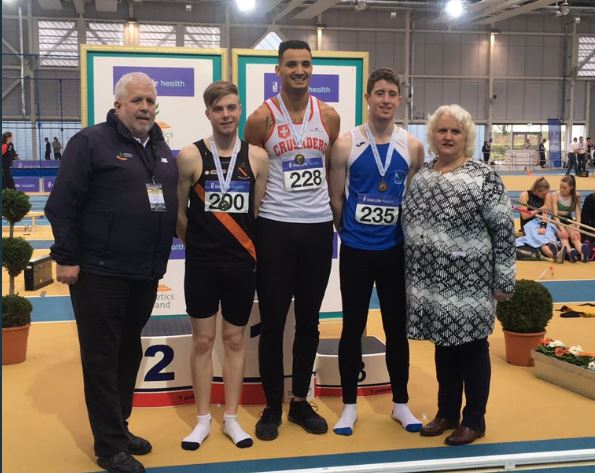 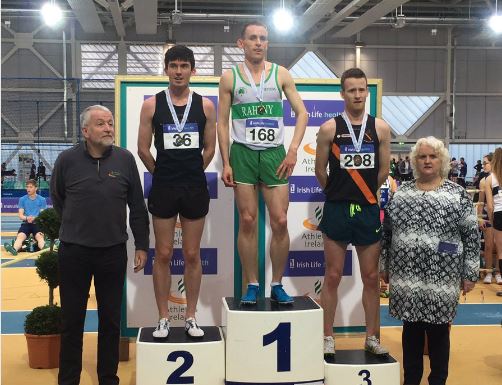 Also racing on the track this weekend was Emer Treacy in Spain, (outdoors) in the 800m final of the Extremadura Winter Championships in Caceres yesterday evening running a fine race to finish 2nd in 2.26. 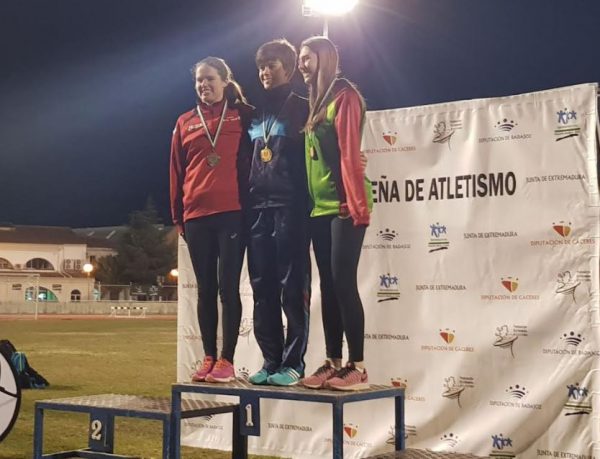