For the 127th time athletes ran in the Clonliffe 2 Mile road race.  This historic race is Ireland’s oldest road race. Although the race began back in 1891 with the runners running from Ashtown back into Phisboro, the first recorded winner was P.J. Lonergan of the host club, in 1898.  Tonight was the 127th running of the race which has been held at various venues in and around north Dublin including Millmount Avenue (where the family home of James Joyce was located) in Drumcondra, later in Finglas, around the back of Dublin Airport and then back famously over the traditional Finglas to Glasnevin route for a number of years at the turn of the 19th century and including the club centenary in 1986.  It was at that stage that the late Eugene Kavanagh, Proprietor of Kavanagh’s, properly known in Glasnevin as ‘the Gravediggers’ began sponsoring the race.  The Kavanagh family’s sponsorship of the race remains since 1986 to today.

The 2018 Clonliffe 2 attracted almost 200 runners to the Morton Stadium for the start on the track with the route then moving out of the stadium heading north, then swinging into Northwood and back into Santry Demesne Park before finishing back on the track.

After the 2 Mile tour the race winner was Peter Somba (Dunboyne AC) 9.22  in a sprint finished from Clonliffe`s Ian Guiden 9.23 followed closely by Conor Duffy in 3rd place.  These three were followed in to the stadium by a throng of athletes including first woman Nadia Power (Templeogue AC) .

It was particularly pleasing to see such a good crop of young junior athletes taking part in the race with the first junior man being Efrem Gidey and the first junior woman  Aoife Hession, both Clonliffe Harriers.

It was in keeping with recent weather a blustery cold night, most unspring like, was the offering for the runners, however, thankfully the rain held off to make it a fairly good experience for all concerned. 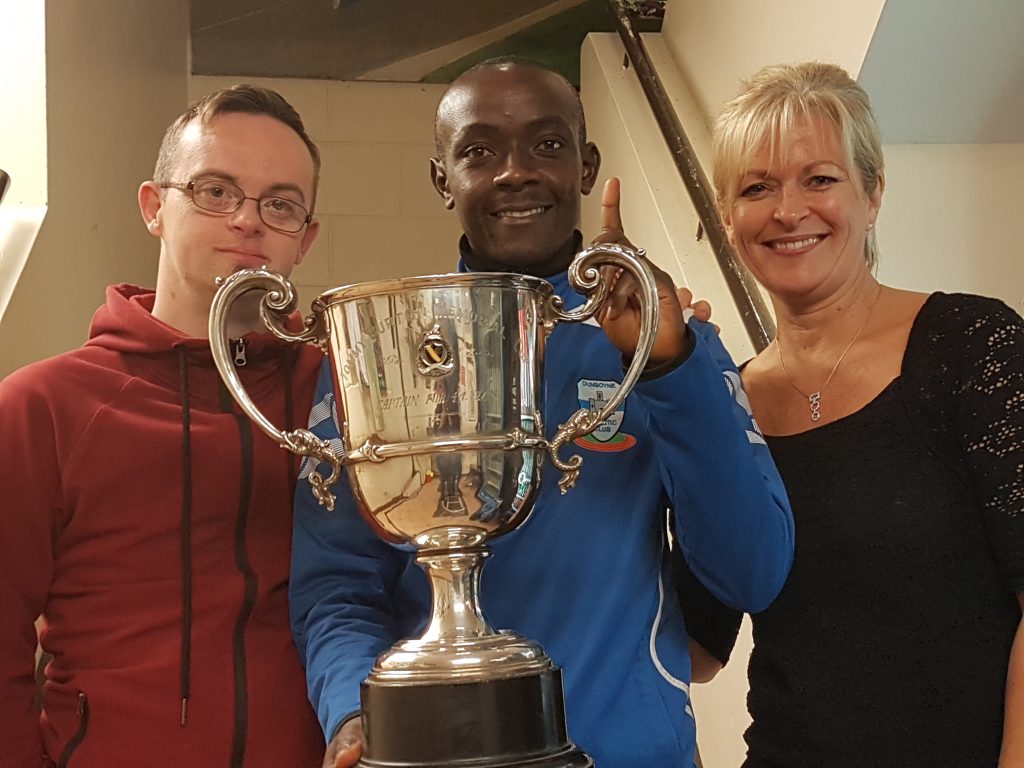 Clonliffe Harriers would like to thank the Kavanagh family for their continued generous sponsorship of this event which is most sincerely appreciated by the club, the club would also like to thank An Garda Siochana, St. John’s Ambulance, the volunteers who turned out on the night and the athletes for making this event part of their spring racing plans.   We look forward to your participation in the 128th version of the race, same place, same time next year.