Day 3 (and the last one!) of the GloHealth National Juvenile Indoor Championships took place at the Indoor Stadium in Athlone IT today. The club`s sprinters, and indeed some of the middle distance athletes, having battled through hail and rain in the Dublins on their journey to Athlone put on fine battling displays today. Although on this occasion no medals were taken home the black and amber athletes emerged from Athlone with their heads quite rightly held high.

The Juvenile captain reports once again on this fine group of young Harriers doing themselves proud. All of the squads in action put in fine efforts in the face of top quality opposition and all will benefit from the experience.

Both the girls U/14 and U/16 squads deserve special mention. The U/14 4 x 100 after a great effort in the heats were rewarded having ran blisteringly fast with fastest “losers” and took their place in the final where they finished a very credible 5th. The squad was Aoife Hession, Holly Roche, Kristan McGrady Hogan, Emma McDonnell, Ella Cooley and Alana Fitzsimons.

The U/16 squad of Rebecca Fitzsimons, Katie Connolly, Rapha Diamond Ebbs, Caithlin Butler, Success Osuoha and Jessica Dededku also made their final. In heat 2 they recorded a time of 1.51.22 and then went faster in the final 1.50.52 and were within a whisker of a medal placing 4th.

Well done also today to the girls U/13 4 x 100 and the boys U/13 4 x 100 squads who put on very brave performances in their race and the U/15 girls who missed out on making the final by a single second. 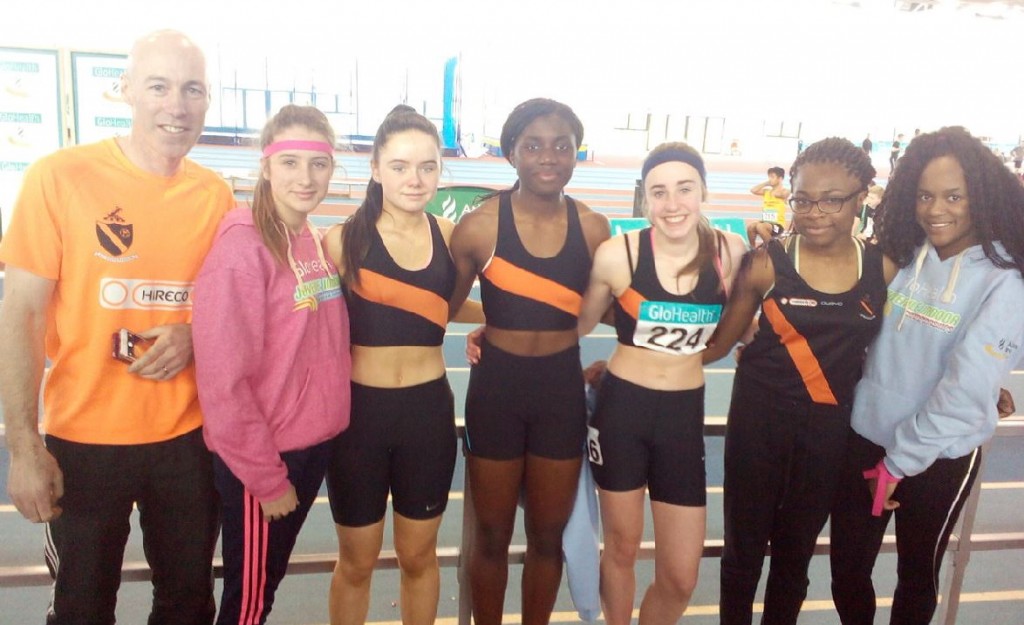 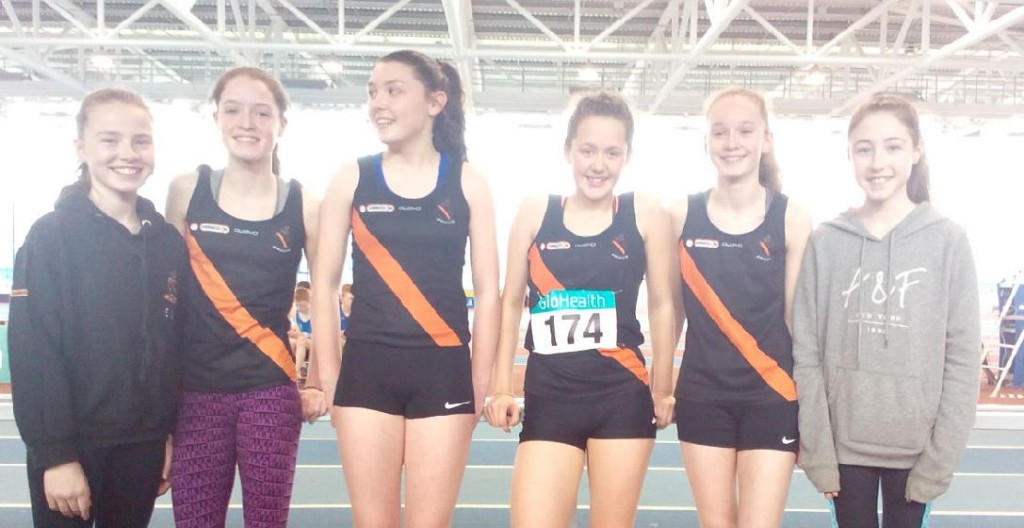 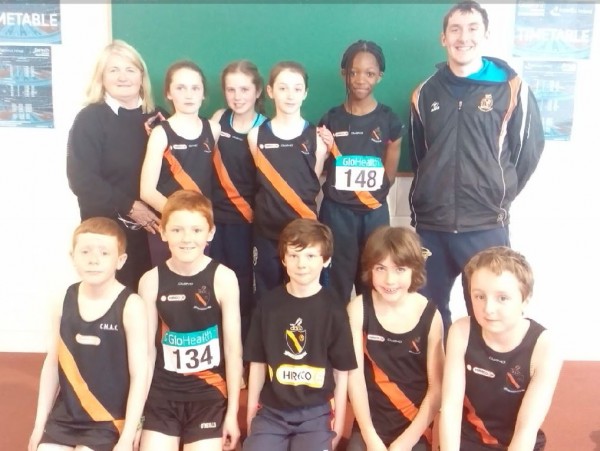 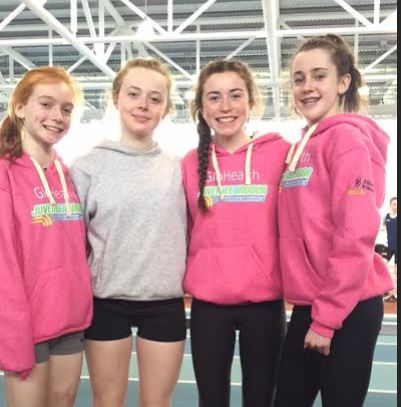