Tonight`s club 800 Championship was incorporated into tonight`s Grand Prix Race for the Richie Barr Cup. Full report soon from Liam Hennessy, however, in the meantime:

Another fantastic turnout on another great Summer`s night in Santry, saw some 5 races in all over the two lapper. It must be commented that the number of young Clonliffe athletes proudly wearing their club colours was a sight to warm the heart.

Race1 naturally produced the 2018 club champion as the eager young guns blasted off from the start, a 61 second opening lap saw Adam O`Brien run negative splits to duck under the two minute mark recording a time of 1.59.35 (TBC), followed by Sean O`Leary and the “Mauritian Express” Greg Hossenny , neither of these two seemed particularly distressed at not taking the win (see photo below!). The women`s champion was young Alannah Cooley in 2.23.21 from race 2 and from race 3, the even younger Aoife Hession 2nd and Ella Brown 3rd.

The Grand Prix winner was presented with the Cup by sponsor Richie Barr to a great cheer from the assembled masses and of course Kevin Sheehy being the shy retiring type he is milked the applause for all it was worth! 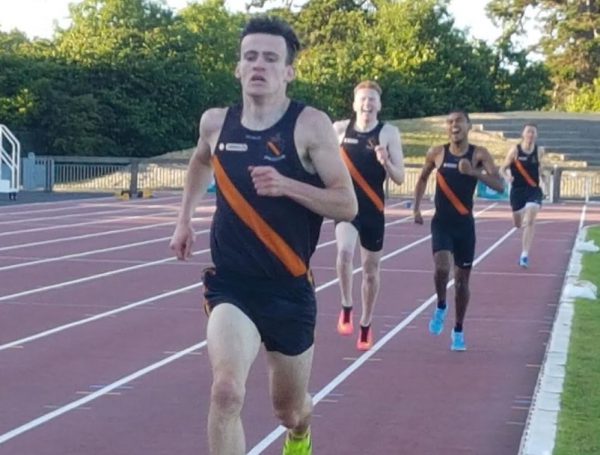 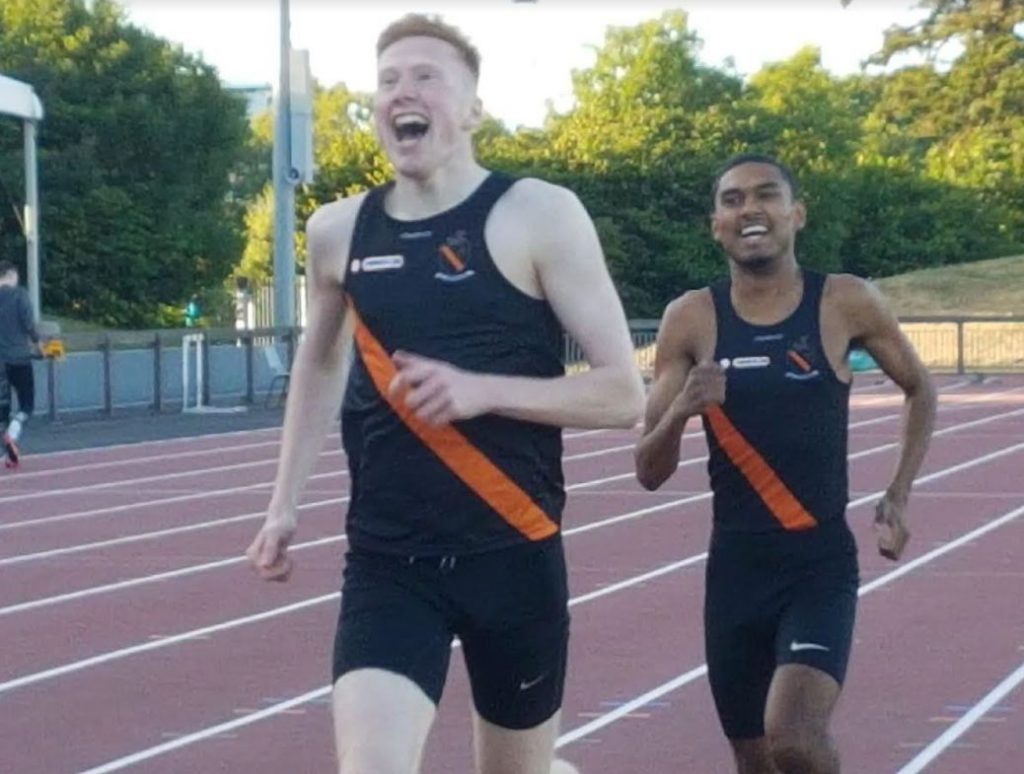 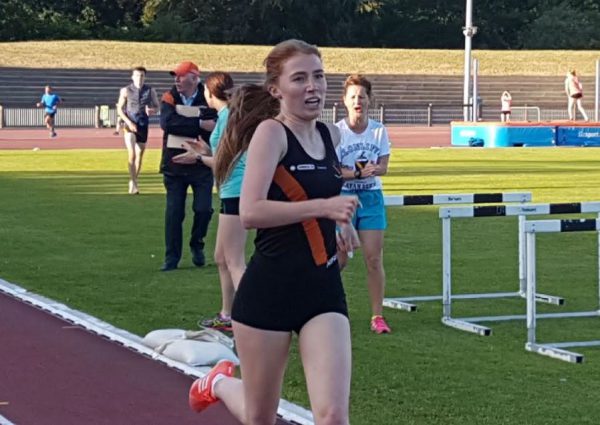 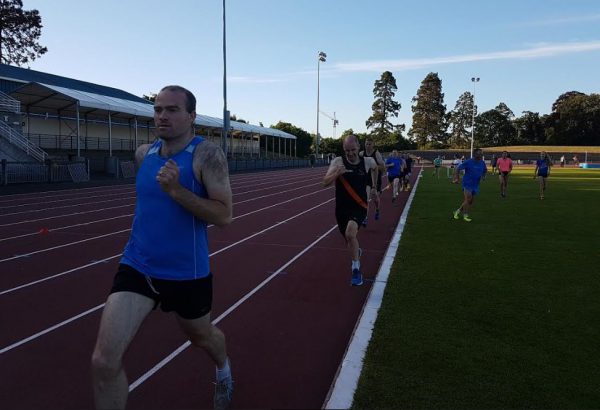 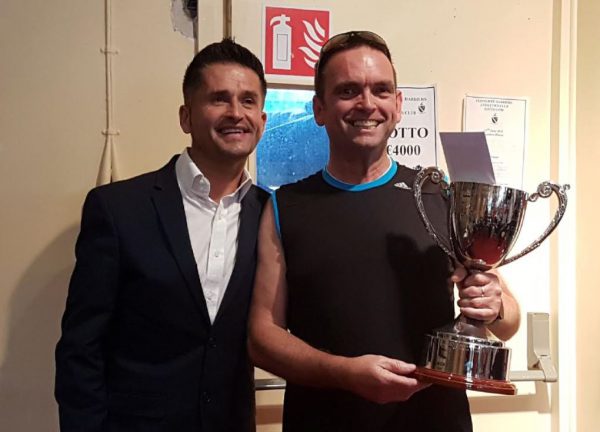