It was another great club night at tonight’s Clonliffe Harriers cake races and athletes of the year night. Despite incessant rain there was a great turnout of athletes numbering close on 90 between both races. The women’s race got proceedings underway at 7:30 PM with the first athletes heading off into the gloom towards Northwood in Santry, with athletes being sent off in groups .The first athlete out of the gloom was Louise Carraher, the women’s captain, and bearing no responsibility for the handicapping coming home first followed in second place by scratch athlete Hope Saunders and Laura Tuite third.

At 8 PM it was the turn of the men again the race being run in a handicap basis until scratch man, European U/20 bronze medallist, Efrem Gidey being released. Efrem quickly ran through the field like the proverbial ‘knife through butter’ to come home first with Jamye Rossiter second and a very popular Sean O’Leary third.

At the presentation in the women’s race Louise Carraher won the women’s cake race with Hope fastest woman in 19.05. Jayme Rossiter was awarded the cake race win with Efrem fastest in a very impressive 14.25.

This was then followed by the presentation to the clubs athletes of the year very kindly sponsored by Loki Sports The winning athletes were:

Harrier of the year: Stephen Cashin 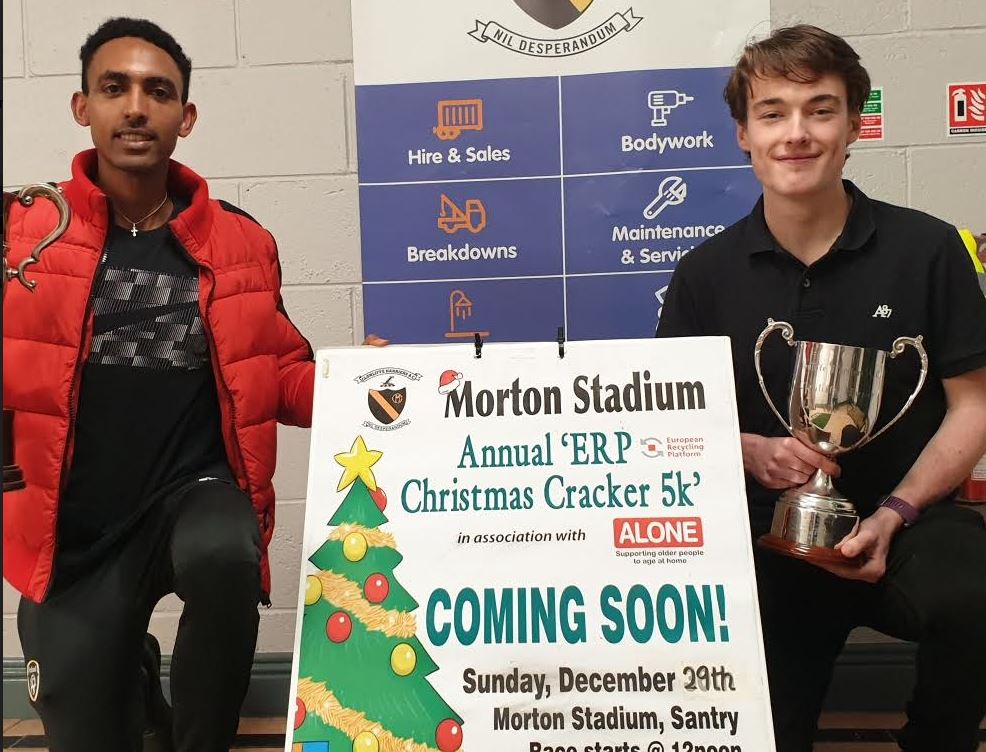 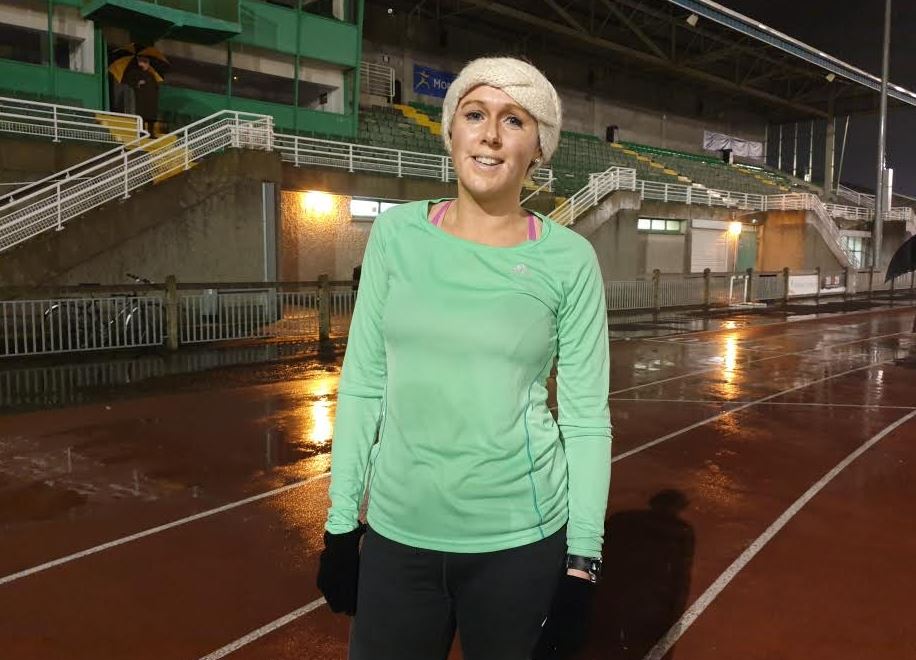 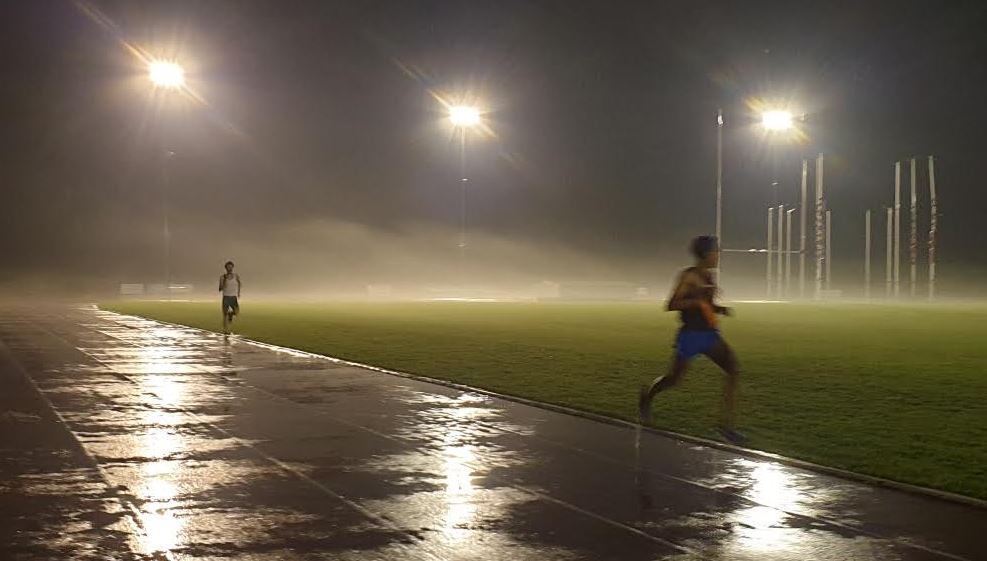 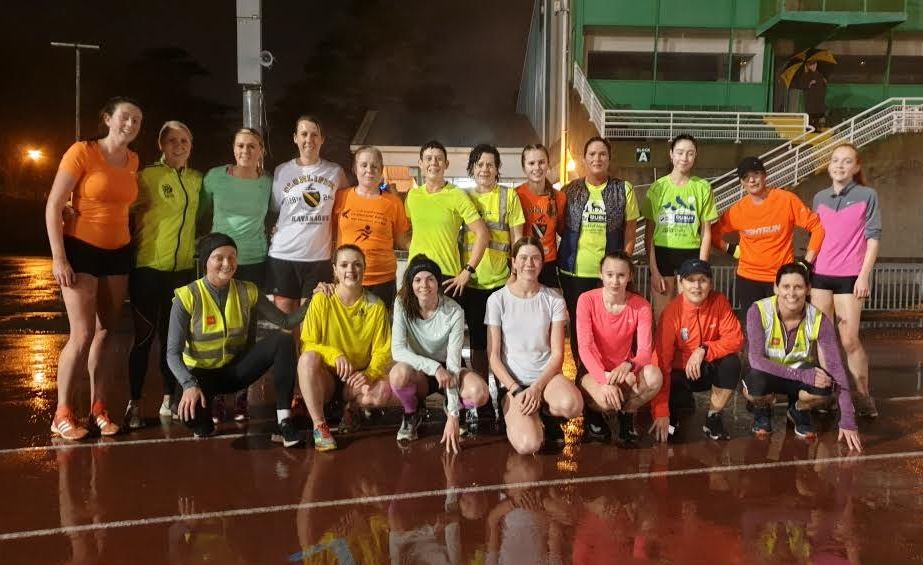 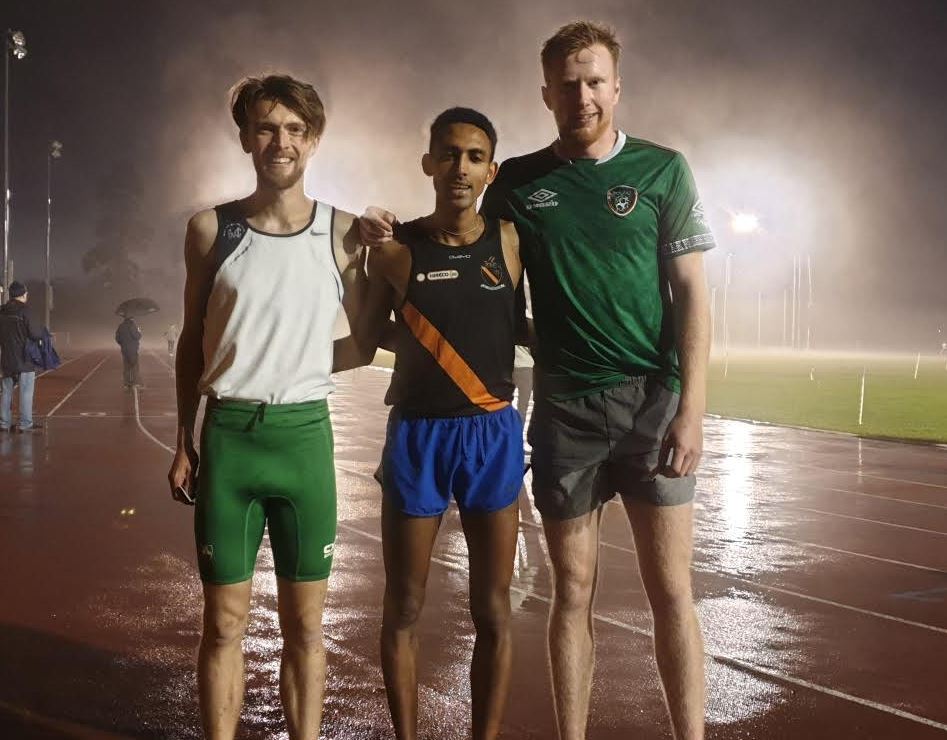