Sarah Bateson Reports: It was a scorcher today in the Morton Stadium with temperatures hitting 25 degrees, but this didn’t stop the brave athletes who raced fiercely till the line. Today was the Clonliffe Juvenile All Medal Open Sports, generously supported by Hireco.

There was a large turnout with athletes from DSD, MSB, Portmarnock,, Brothers Pearse, Lusk, Skerries, Shercock, Lucan,, Dunboyne, Trim, Drogheda and of course the home team. The day first began with the Tiny Tots with all athletes under 7 years of age competing in a 40 metre sprint. The main events then commenced with the sprint. We may have seen some future stars in these events with some very competitive races. On the other side of the track the long jump taking place with very impressive jumps. The turbo javelin was a very popular event with over 20 athletes taking part. The older athletes showed some fine displays in the shot put.  The distance races varied from 300-800 metres. The U10 girls 300 metres had a great display of sportsmanship with two athletes even being awarded friendship medals. In the 500 and 800 metres had very strong performances with Orla O’Sullivan and Emma McDonnell bringing home the gold. The day rounded off with the 4×100 relay teams with some very debatable handicaps features two Clonliffe teams on the podium. And that concludes the All Medal Open Sports Day for 2018 with many thanks to all those who volunteered. 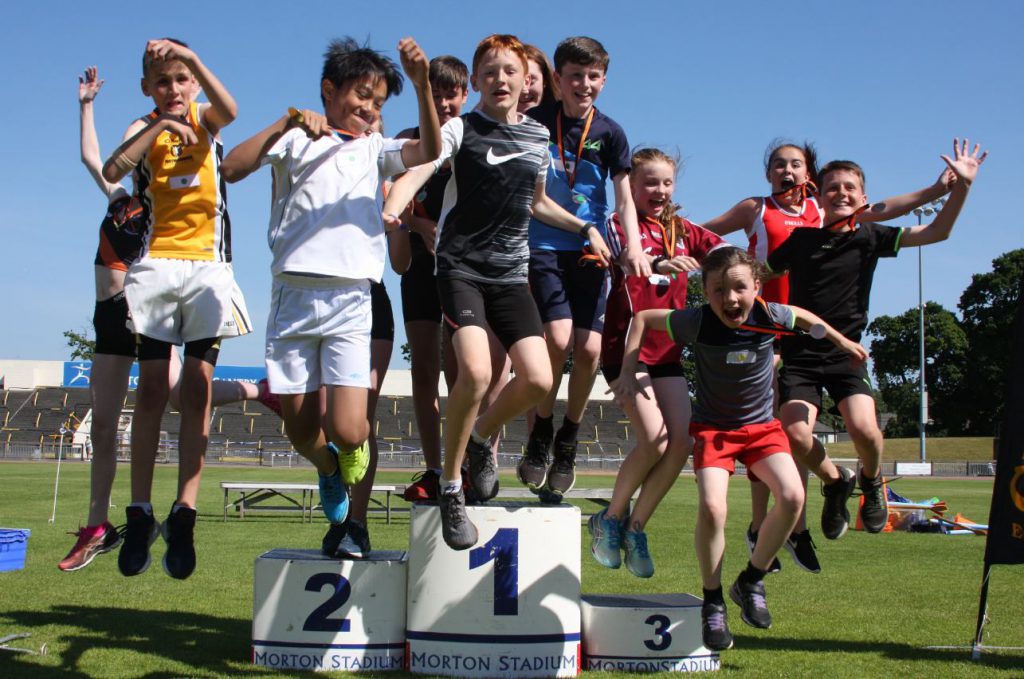