The Clonliffe men continue to sweep the boards. After wins on the country from the Novice and Intermediate men today it was the track and field team to once again claim top spot and retain the Irish Life Health National Indoor League title at the truly magnificent National Indoor Arena. 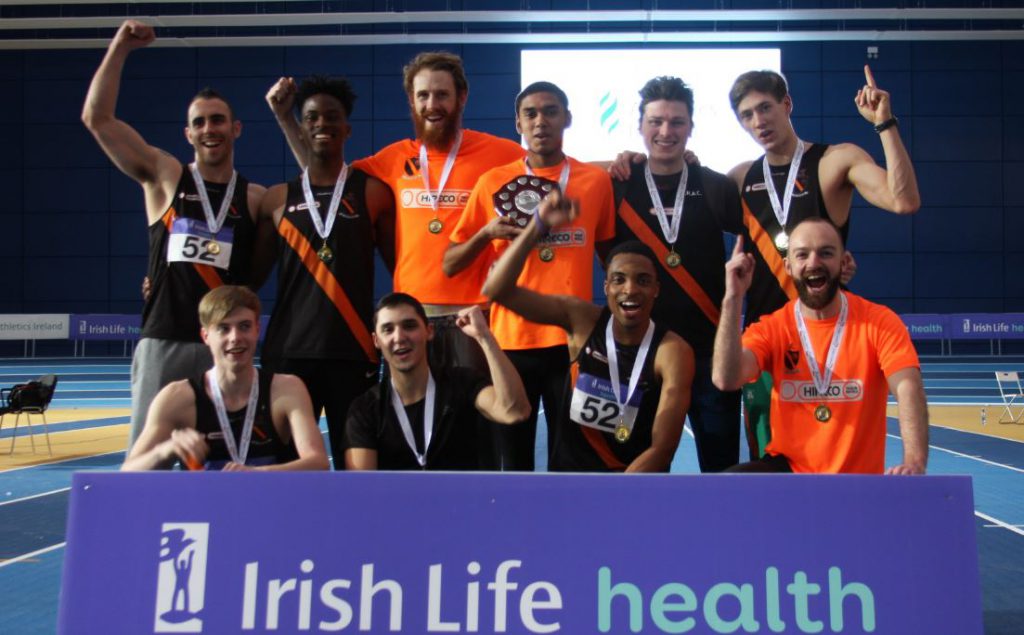 In truth it was never really in doubt. The men were just unstoppable and with a magnificent seven wins in the end won by a country mile: 93 points to 64 for 2nd and 3rd.

David Donegan got the team off to a winning start in the pole vault (4.30m) and this continued with Keith Marks once again setting a new club record in the long jump (7.12m) as he also bagged maximum points. Likewise Niall Counihan took all points on offer in the triple jump (14.15m).

Fantastic work by the whole team and their coaches with John Shields in particular.