After round one of the national indoor league the drive for five is well underway as the Clonliffe men lead the standings on 50.5 points from Galway City Harriers 42 points and Nenagh Olympic 38. The men are the defending champions indeed they have won the last four in succession. Playing a starring role today was Rolus Olusa who contributed two maximum scores as he won the 60H in 8.40 and then follow that up with a win in the pole vault with a best of 4.10. Maximum points were also contributed by Eamon Fahey winning the long jump with a best of 6.63. Rory Gunning was second in the shot with a best of 11.36, Keith Pike was joint second in the 60 (7.05) and Fionn Carroll fifth in the 800 (2.00.0).

The women’s team also enjoyed an excellent day and finished round one in a very healthy third position on 41 points. The lead is held by DCH on 65 points with Raheny on 53. Ariel Leghio in her first official competition for Clonliffe set a new club indoor pole vault record in winning that competition with a best of 3.70. Excellent performances also today by young Sally Sumola competing in her first senior competition as she finished a superb fourth in the long jump with a best of 4.92. Leah Bergin was fifth in her 60 and contributing six points (8.14), five points were also chipped in by Sarah Bateson who ran an 800 PB of 2.22.94 and by another of the young Clonliffe athletes Natalia Gill who ran 10.90 in the 60 H. Lauren Carr showing what club spirit is all about competed in her first ever shot gathering in three points with a best of 6.02. 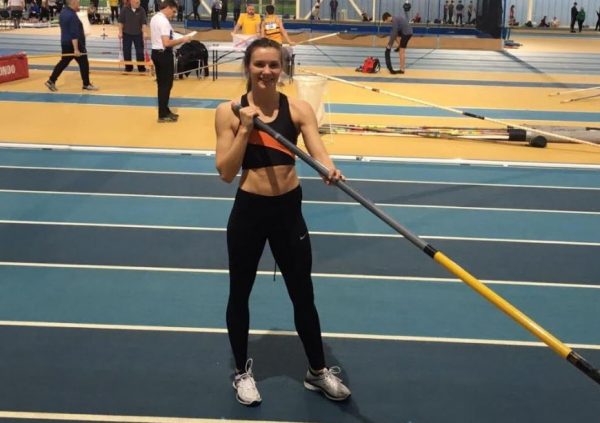 An excellent start therefore to the league by both squads as they look forward to the final round in Athlone on January 26.

There are also some guest races today: Val Strogonus ran a 60 PB of 7.08, having earlier ran 7.13. Keith Pike also ran in one of the additional rounds recording 7.15 (we can confirm that despite the official results Keith does not run for Clonakility Road Runners!) Pascal Touche feeling a bit of a twinge eased up recording 7.75.

On the country today Sean Doran was 2nd in the first BHAA Cross Country race of the season, the Bank of Ireland 6k.