The long awaited History of Clonliffe Harriers entitled ‘Clonliffe Harriers 1886 to 2013’ by Dominic Branigan was launched at a reception held in the Teachers Club on Parnell Square in Dublin City Centre last night.

It was an extremely well attended affair and a great coming together of Clonliffe members, past and present and friends of Clonliffe Harriers. The large attendance of close to 100 people included current Clonliffe Harriers President Paddy Marley, the Club Captain Joe Cooper, Juvenile Captain Gladys Cooper, long serving members Johnny O’Leary, John Bourke, Colm Brennan, Larry O’Reilly, Billie and Yvonne Morton representing their father the incomparable Billy Morton, Frances Mansfield along with many of the founding members of the Clonliffe Ladies section, and from Athletics Ireland John Foley, CEO, Liam Hennessy, Frank Greally of the Irish Runner, great friend of Clonliffe Harriers Sean Callan and some of the finest athletes ever to wear the famous black and amber including Killian Lonergan, Richard Mulligan, Eamon Tierney and Olympian Jerry Kiernan.

The book was launched by Jerry Kiernan who gave an insightful and heartfelt speech outlining his involvement with the club since he came to Dublin and joined back in 1971 ‘following in the footsteps of his hero Frank Murphy’. The President then introduced the author Dominic Branigan who paid tribute to all who had contributed to the Clonliffe book and in particular the help and assistance he had received from Killian Lonergan. It was as Dominic put it a ‘labour of love’.

The book will be available for purchase tonight and Thursday at a cost of €30. or from the author direct, contactable by email dombran@eircom.net

Early reviews have been extremely enthusiastic and have praised Dominic for doing justice to the club with a very fine book indeed. 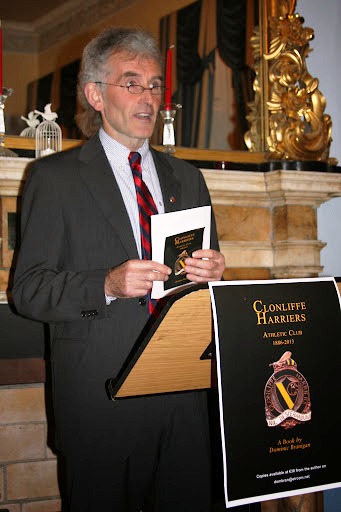 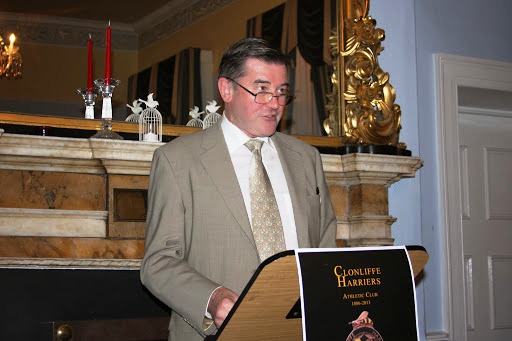 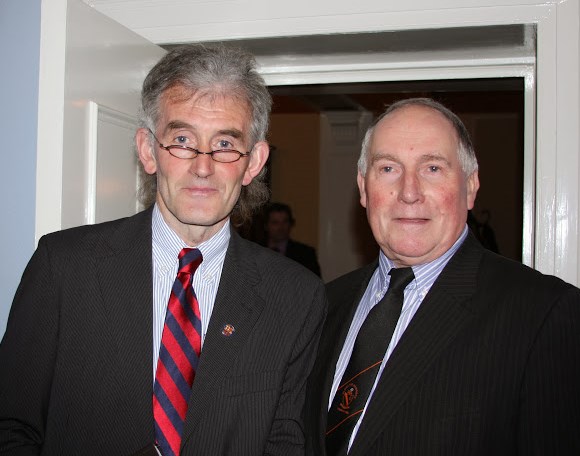