Today saw the culmination of many hard months’ training for many athletes who have come through the qualifying rounds to reach the prestigious All-Ireland Schools Championships for Track and Field.  This event is the absolute pinnacle and highlight of the Schools’ calendar each and every year, held in the lush green grounds of Tullamore Harriers AC Stadium.

The weather, despite not hampering the day’s proceedings, was nothing close to glorious in any sense.  There were bright, sunny spells seen at a point in the early hours, however a heavy blanket of clouds swept in the early afternoon and left the track in a dull, grey light for the latter hours of competition.  To complete this day of typical Irish weather, a misty, fine shower of rain seeped down towards the end of the proceedings. Contrary to this the standard was in no way any less than outstanding, as per usual.  This event brings the cream of young Irish athletes from every corner of the country to the heart of Ireland for a terrific day’s competition.

First off at the beginning of the day running in the red and white of St. Aidan’s CBS was young David Tuite in the Junior Boys 1200m Walk.  David was never far off the leading pace and managed to secure a great 3rd place podium position at the end of the race.

Shortly after this Greg Hosseny lined up in the Intermediate Boys 1200m Walk, Greg putting in a gallant effort to finish in a very commendable 5th place.  Greg remained calm as the early race leaders pulled away and continued on to finish strongly.

With a slight gap in the programme focus shifted towards the Senior Girls 3000m race, where pre race favourite Hope Saunders didn’t fail to deliver, needless to say yet again.  Hope remained in contention, leading from gun to tape, putting in another fantastic performance to claim her first Track and Field National School’s title.  Hope left nothing on the track, finishing just shy of ten minutes in 9:56.7.

Continuing this massive sense of high spirits among the Clonliffe supporters, Brian Flanagan delivered another sight of great running as he came through in the Senior Boys 2000m Steeple Chase.  Brian never strayed far from the early leader, coming home in a fine 3rd place with a particularly fast finish indeed.

Next in the order of events from a Clonliffe aspect was Craig Giles in the Junior Boys 800m.  In one of the most exciting and intense races of the day, the undisputed favourite Mark Milner triumphed in a new race record of 1:57.3.  Craig, running extremely well in the early stages shrugged off stiff opposition, battling all the way down the finishing straight to come home in that unlucky 4th position, however Craig will surely take much experience from this race as he looks towards the Clubs Track and Field Championships.

Finally, our last competitor of the day, Cathal Doyle lined up for the arduous task of completing twelve and a half laps in the Senior Boys 5000m.  Cathal had a brilliant race here, securing another unlucky but very impressive 4th place after losing the leaders early on but maintaining his position and never losing ground.   Cathal fought all the way to the finish line recording a new personal best of 15:35.7. 4th place also for Megan Coomber in her final schools competition the senior girls long jump.

So, yet another day of top notch athletics has come and gone.  Our athletes now set their sights on the Dublin Clubs Champinoships for Track and Field in the coming weeks and on the qualifying positions for the Nationals next month.  May the high spirits and strong form continue into the so called “sunny” summer months. 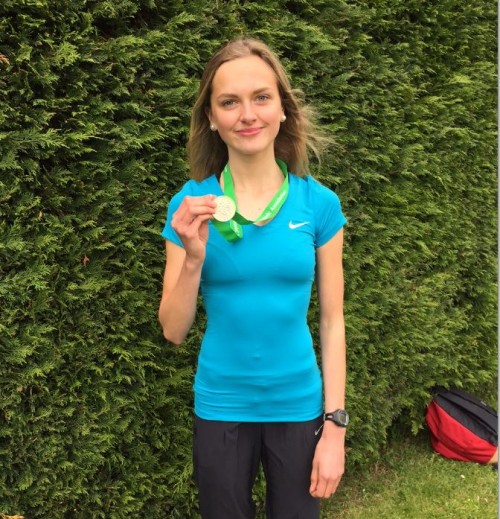 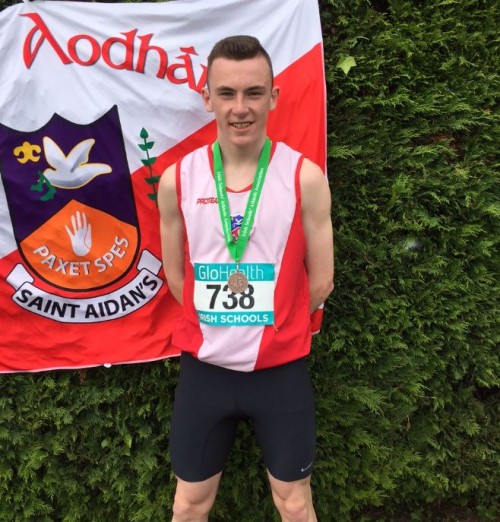 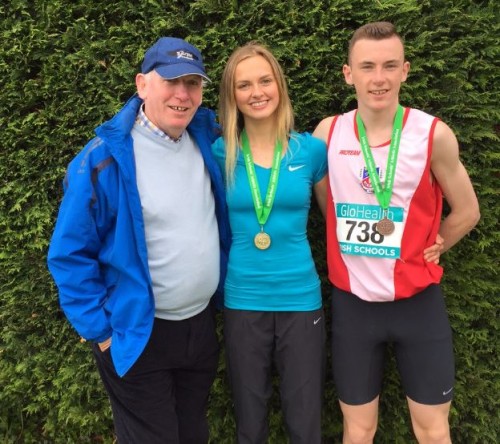 Report and photos by Kevin Loftus