It would seem that there has been a change in Irish weather patterns, for the better – if only for a brief time.  With only a few solitary clouds to speak of, rolling across the sky, Morton Stadium was flooded with sunlight from all angles in the Provincial Finals of the Schools Track and Field Championships.  On offer,a coveted place in this years All Ireland Finals, which come few and far between.  There was a warm, moderate breeze making for ideal conditions in a heated, intense and eventful day’s competing.  From a Clonliffe perspective, our runners found the going tough in some cases, however neeedless to say the performances from each and every athlete, representig theire schools with such conviction, was nothing short of stellar.
In the Minor Girls Ella Browne and Abby Sheehy were both contenders in the 800m race.  Both girls ran extremely well, with Ella holding on to the leading pack for the majority of the race and Abby battling hard not far behind, however were out of the medals on this occasion.
Our headlining act in the Junior Girls was Lauren Carr.  In one of the most exciting and somewhat vicous races of the day, Lauren remained composed and calm, finishing very strongly in 800m to place 5th.
In the Junior Boys Craig Giles had an absolutely terrific finish in the 800m, placing 2nd behind one of the top Irish 800m runners for his age. Cian Bolger had another fine finish too in the 1500m to place 5th in running a massive new personal best of 4.31.  Unfortunately, an ill Ben Guiden was forced to retire from today’s proceedings.
In the U/16  Boys Mile Alex Hogan felt the wrath and fiery burn of the track and the athletes he was competing with in the Under 16 boys mile race.  Alex remained with the leaders until 300m to go when he let slip slightly to come home in 6th, Sean O’Leary not far behind placing well in 8th.  In the 4x300m relay the St. Aidan’s team made up by these to athletes, running only minutes after their mile,
Finally in a a marvellous day of athletics courtesy of our young athletes, Brian Flanagan quite litterally ran away from the field in the Senior Boys 200m Steeple Chase to to claim a fine gun-to-tape victory.  Brian endured the shiftings of the leading pack and with one lap to go sunk his spikes in to storm home in style.  Paul Courtney ran very encouragingly too after many hard months training placing 7th in a large field.
So, many thanks to all who helped organise such an invigorating day of schools’ athletics, and to our athletes who once again rose to the challenge.  All eyes no look towards Saturday which sees Day 2 of these Championships and then on to Tullamore for the All-Ireland Schools Track and Field Championships of 2015.  Well done to all involved.
These results are PROVISIONAL and are INTERNAL, full and official results will be available on the Athletics Ireland Website, www.athleticsireland.ie 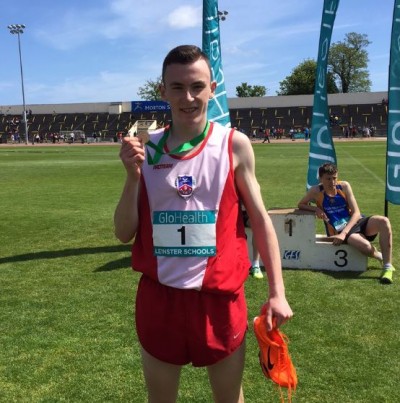 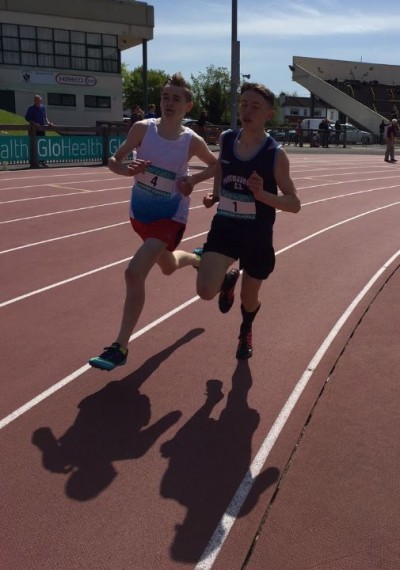 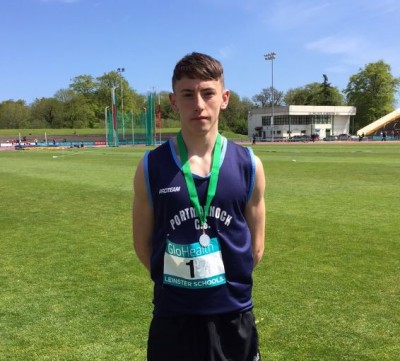 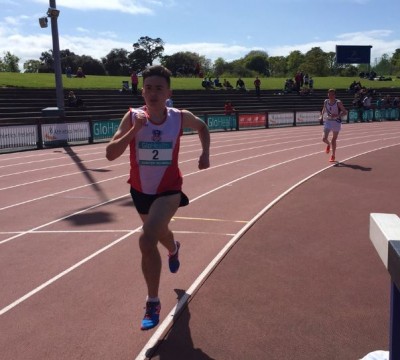 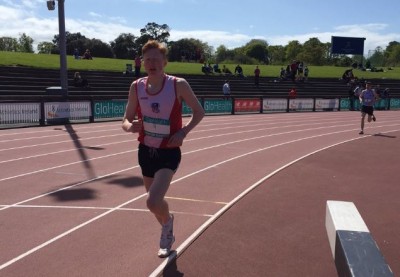 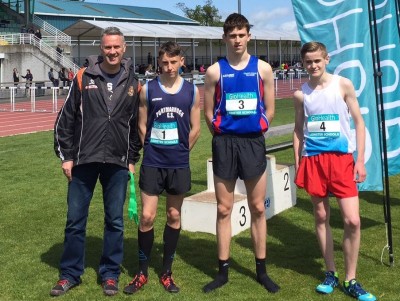