The pivotal and decisive provincial championships of the GloHealth Schools XC Championships were held today in a gloriously cold Santry Demesne.  Spectators and competitors alike basked in the warmth of what can only be described as an “arctic sun”.  Despite the previous mitigating weather forecasts to the contrary, conditions were most favourably dry and crisp; a light breeze swaying in the branches of the towering oak trees.  Despite these ideal circumstances, the arid air was only just above freezing point for the duration of the day’s proceedings, adding to the grueling challenge of trawling through the copious amounts of slushed up mud.  However, for the 1000 plus school boys and girls that participated with an unprecedented level of passion and vigour, this was even considered to be a form of hindrance.

With regard to the ground itself, the course was taped, marked and divided immaculately, as always, encompassing both a small and large loop of 1000 m and 1500 m respectively.  Athletes negotiated tight right-angled bends, trenches of semi-solid muck and an arduous hill climb; persevering through all of this and more for the coveted and highly sought after qualification rights for the All Ireland  Course markers paved the circuit effectively and most efficiently in both assembly and dis-assembly, Club Captain Joe Cooper remarking “the job is very well paid”.

Several of our athletes from across many training groups had already qualified for these championships prior to today’s racing, a wonderful achievement in itself.  In a tightly packed ferociously paced Minor Girls race Holly Roche ran smoothly, working through the field particularly well in the latter stages to place a strong 32nd.  Vicky McDonnell, competing in her first secondary schools season much like Holly ran a brave and encouraging race to finish in 37th position.  Vicky’s teammate and training partner Aoife Hession, much to her dismay, stumbled shortly after the starting shot and was forced to pull out of the race entirely.

The Minor Boys were tasked with completing a distance of 2000 m, where Colin Sweeney had an incredible run to record a 2nd place finish, leading a field of over 130 athletes home in style.  Darragh Carter was another one of our own who put in a valiant performance indeed to finish an outstanding 18th, given his dedication to training over the past few months.  Dermott Buckley had a  good run also, rampaging down the finishing straight to finish in 53rd place.

At this early stage in the competition, the timetable of events was already ahead of schedule, the organisers exceeding expectations on time management and fluidity once again.  In the Junior Girls race Amy Hodson had a simply terrific run to qualify individually for the All Ireland Championships in just under a month’s time, placing a superb 8th.  Aimee “warrior” Warren, showed no signs of suffering from the remnants of a heavy cold, Aimee running consistently throughout to finish 20th.  Ella Brown followed close on Aimee’s tail to finish in a fine 28th place.

Flowing seamlessly on, up next on the cards was the Junior Boys racing a distance of 3000 m.  In a tremendous battle for the vital positions atop the podium, Aaron Cullen found himself in that unlucky 4th place, yet wasn’t too disheartened given his remarkable run.  Aaron was promptly followed by Ian McElweeney, another young harrier who will toe the line in March, having rightly secured his place with a fantastic 12th place finish.

With none of our lot in contention in the Intermediate Girls race we move now to the Intermediate Boys race, a hefty distance of 4500 m.  Sean O’Leary out shined almost all of his counterparts, settling for no less that a truly sublime 2nd place.  Sean emerged early on from a large leading pack, managing to cling on to the leader until the very end.  Ben Guiden produced arguably the most surprising and thrilling result of the day finishing an astounding 11th as a first year Intermediate.  Chasing Ben down no doubt was Craig Giles squeezing into the qualification category in a super 15th place. Alex Hogan had a great race considering his impromptu return to training after prolonged and escalated injury, recording an encouraging 25th place finish.  Daniel Lacey found the going both tough and rough, however he maintained his position for the race in its entirety to score a solid and commendable 28th, ahead of Fionntan McManus who drove home behind in 36th place.  Both Jordan Byrne and Jack Horan produced consistent efforts in this race to finish 46th and 71st respectively.  Finally, Nathan Joyce remained determined a focused on completing the race finishing well in the final stages.

In the Senior Girls Alannah Cooley moved swiftly, finishing strong in 21st place.  Running up three age groups, Tess Loftus ( the “other” Loftus ) challenged herself to complete the race, doing so in outstanding style, if this reporter may say, finishing 29th and in the top half of the field.

Finally, the day’s proceedings culminated with the Senior Boys race, the unappetising distance of 6000 m dissuading none who took to the gun with immense courage indeed.  The St. Aidan’s CBS team were ruthless in their quest for victory, being led home in wonderful fashion by Brian Flanagan chasing 5th place; Cathal Doyle pounding along behind finishing a magnificent 6th with Adam O’Brien a brilliant 9th.  Joseph Hession gave an incredible performance indeed to finish 17th, this result completing the scoring four; demolishing any exterior hope of top honours, as this score gave the lads the gold ticket they were looking for with the team overall placing a tremendous 1st.  These harriers were heavily supported by Greg Hosseny having a stupendous race to finish 24th, Thomas Ward; another harrier who triumphed despite the odds in 32nd – considerably better than last year’s 75th, and Alex Gibbons who gave it his all despite having been hampered by a depleting dose last week, finishing 34th.  Kevin Loftus, another athlete only just back on the road to recovery, managed to secure a 38th place finish.  Bringing up the rear Kevin McKenna proved his worth to record a solid 60th.

So, another day has been and gone in the eyes of our athletes and supporters, it must be said that the tremendous conscientious effort made by so many of of our club members, giving so selflessly of their valuable time to the sport which we seem to eat, sleep and breathe is simply astounding.  The ethos of “Nil Desperandum” is encompassed in all that these members do.  Your club is extremely grateful for your service, thank you.  To part, signs of eager anticipation are already beginning to show as our finest selection of athletes prepare in the coming weeks to depart for Sligo race Course, where the 2016 All Ireland Schools XC Championships take place next March.  We wish each and every single harrier the very best of luck.  Nil Desperandum. 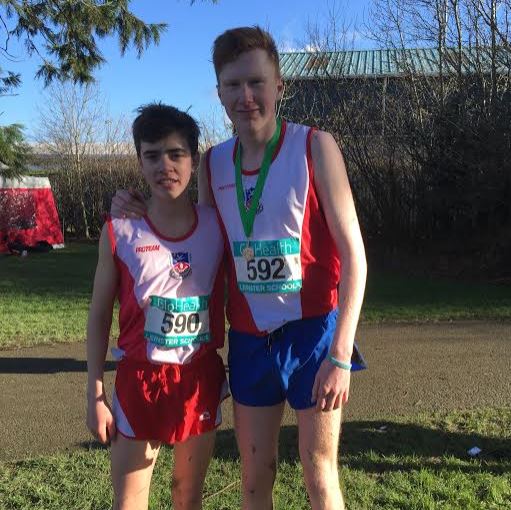 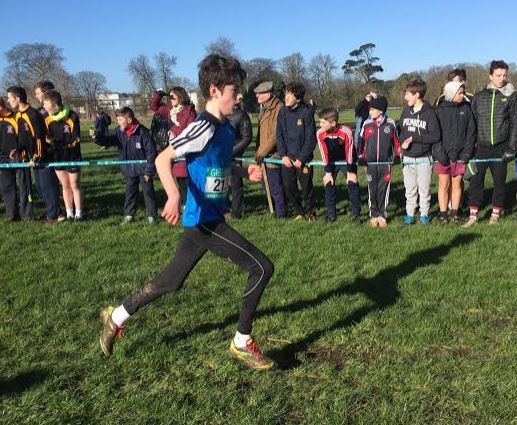 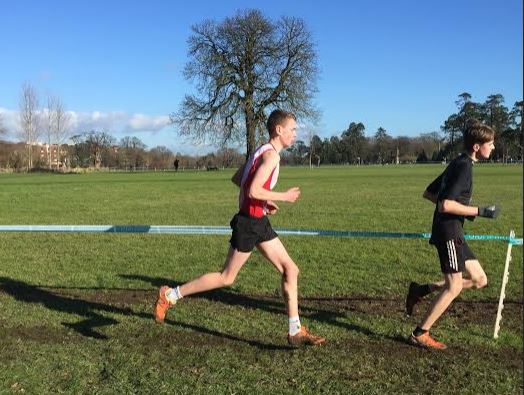