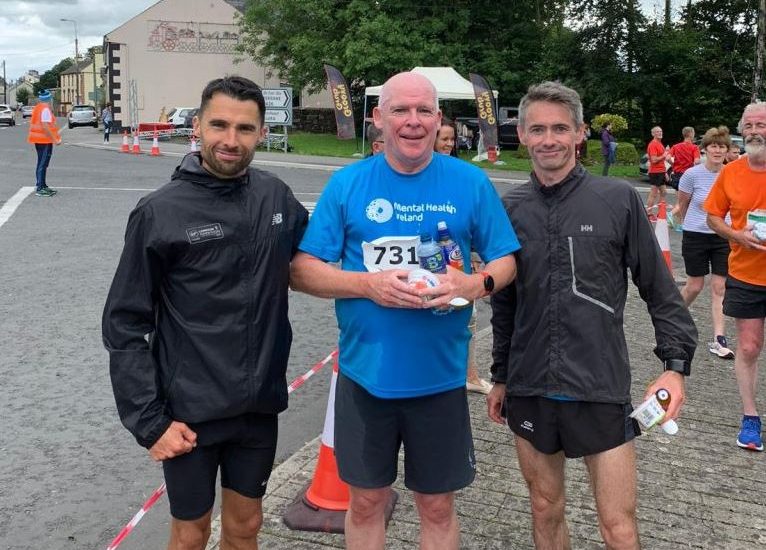 After nearly 18 months, 2 virtual marathons and the occasional closed club event. I returned to an
actual race, The Kilbeggan 10 last Sunday August 8th.
Kilbeggan, West, Meath is a small town just off the M6 motorway on the road to Tullamore. Whilst,
the running community is familiar with the race and a high quality field entered, neither Kilbeggans
history is not all about sport?
It has a quite endearing , ‘Kilbeggan Knighthood Festival’ , which takes place during the first weekend
in June and commemorates the knighting of Thomas Cuffe, a local innkeeper that was knighted by Lord
Townshend after a night of drinking in 1772!. The race was organised in 2 waves of 200 runners, half hour apart.
I am guessing 1hr 10 mins was the cut between the 2 waves?
I was race nervous all weekend and any ache or pain in my body had part of me trying to find a reason to
decline the entry. However, my good conscience dictated that this race was sold out, so in the spirit of
Lord Townsend, I was going to there by unfit hook or by crook!
Covid 19 organisation was on display .The HQ and query area was on outside tables and gazebos. There
was no changing area or showers, but you could use the toilets in the clubhouse.
Parking was well organised, both at the Clubhouse and an industrial estate a couple of hundred yards up
the road.
The immediate future of living with covid racing is secure, but what will become of the Irish mammies and “Mrs Doyle” volunteers who prepare the bread, biscuits, brack and copious cups of tea in the halls postrace, which are a particularly good feature of races in the country!
I lined up on wave 2 for a chipped time start and way we went down a main road for a couple of miles. We then turned off down country lanes and the next few miles were undulating. I was assured that the first
half was easier in advance.EHH EHH! No.Miles 5-7 was particularly tough and brought me to the
precipice mentally.
A downhill stretch at 7 got me on course and the course was kinder until mile 9.This was when a flyover
the M6 loomed large. I was mentally saved by a runner who on passing me then stayed with me to
negotiate the hill, .I think he was (and not the first) to be worried about my breathing. I told him that’s my
Paula Radcliffe bobbing head equivalent!
The finish over the hill was flat and I raced to the line to chase my predicted time down. Luckily, my
chipped time saved me the few seconds, I was looking for,
There was plenty of water, energy drinks and yoghurts at the end .The 2 wave starts worked in spreading
out the crowd.
I had enough time for a photo with Karl and Declan who were warmed down and fully rested after their
awesome times in Wave 1.
An enjoyable and well organised event One for the calendar next year.