Shane Rooney reports: Saturday 16th Feb saw the return of the Golden Runner 5k Championship, this year the venue was Tolka Valley Park in Fingals.  Similar to the Grand Prix, the winner of the Golden Runner is the athlete with the best improved time over the distance.  With such an amazing title to be won, the competition between the 30 members of Pam & Ben’s group was ferocious, all of whom were ready to put their winter training to the test.

Prior to the race Mick Bermingham, a pro on the course, advised everyone to save something for the hills, give it welly for the sprint at the end and pointed out the man to beat!!

As 9.30 approached the tension was fierce, with the Clonliffe athletes jostling for position, each having a glint of gold in their eyes. To add to the excitement, word was getting around that there would be a new champion as the previous title holder, Katie Hennigan, had gotten lost while making her way to Finglas!!!

With a loud Ready Steady Go, the runners charged around Tolka Valley, taking the hills like mountain goats and sprinting to the finish line like people possessed.  The first Clonliffe man home was Paul “Eddie the Eagle” Keenan and the first lady was Eimear “Galloper” Griffin, however it took a couple of hours before the official race times were be posted and Pam could announce the new champion.  The group nervously got together in the Gourmet Food Parlor and anxiously waited for Pam to calculate who had the most improved time. Excitement was at an all-time high as the 3rd and 2nd placed athletes were announced and with a loud cheer Siobhan “Newbie” McCarthy was announced the 2019 Golden Runner Champion.

To make the event even more special, Evelyn “YoYo” Brennan, organized a collection for Hugh’s House and thanks to the generosity of all those who donated, over €500 was raised for this excellent charity.

Cheers to everyone who made this another great social event and congratulations to Ollie Power who posted his time from Berlin and a BIG THANK YOU to the fantastic vocal supporters and our team photographers.

FYI, I’m sure you’ll be glad to know that Katie managed to find her way to Santry, just in time for the new champion to be announced.

Keep digging in and until next time. 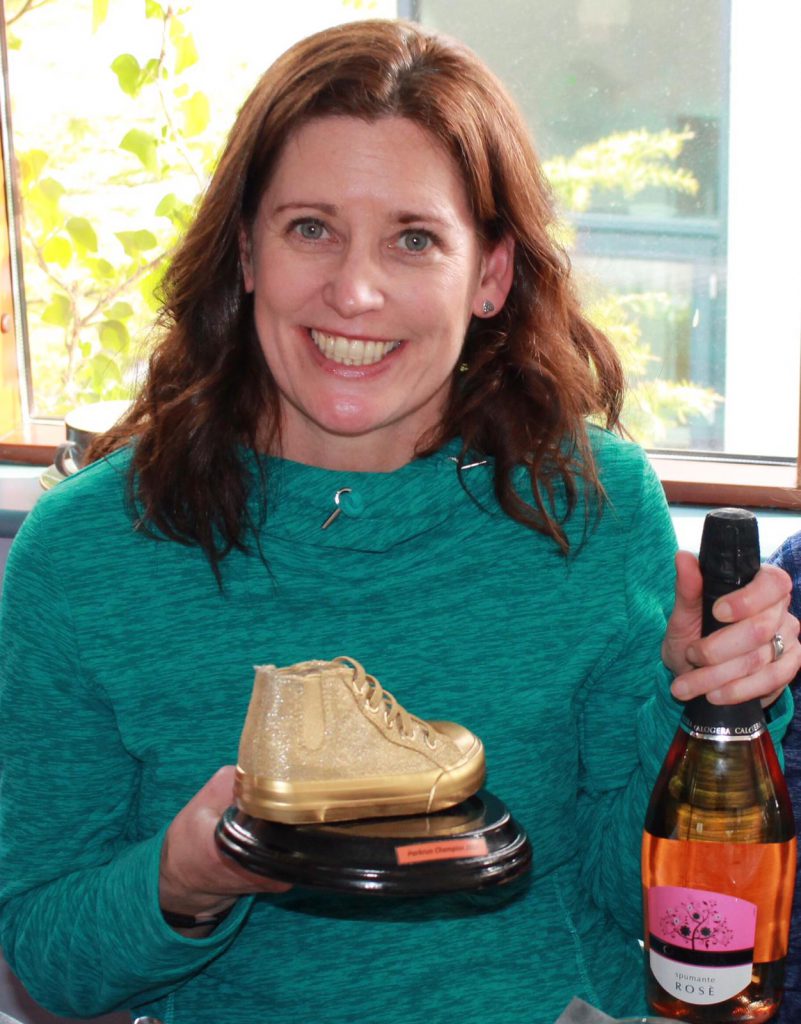 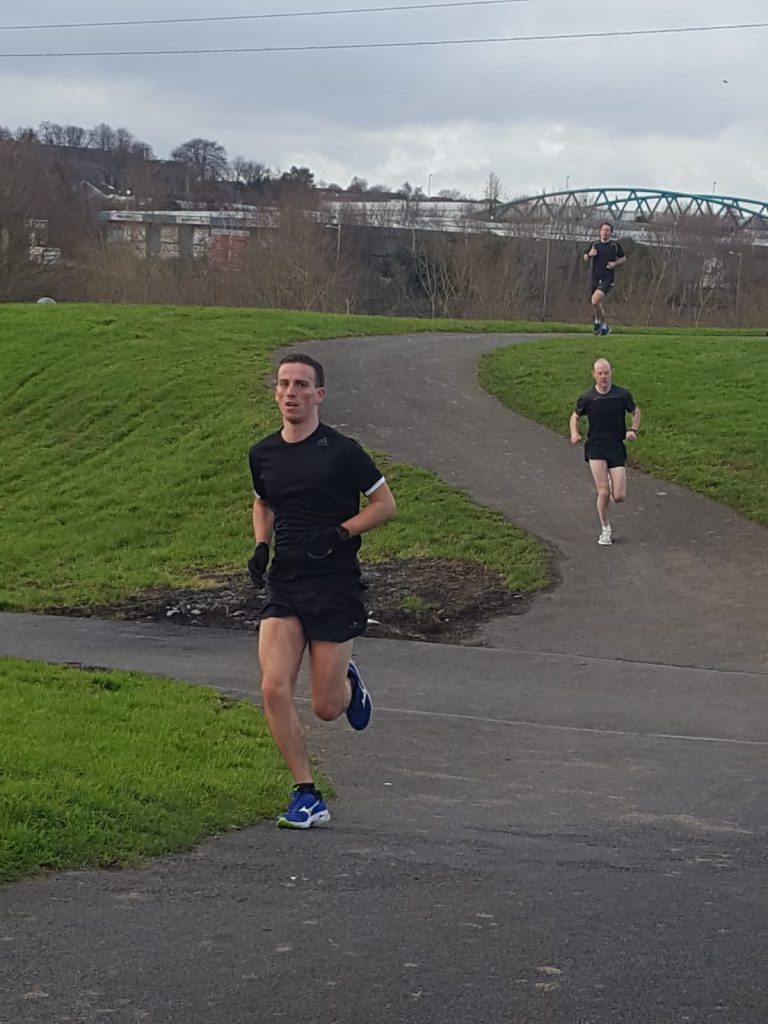