The club members were chomping at the bit and nothing was going to stop the members of Clonliffe Harriers from getting to the start line and giving 100% on a course of two halves. The first half being slow and hill heavy whilst the second half was fast and downhill, meaning that any time lost on the hills could be quickly made up during the 5 miles to the finish line.

One of the wonderful outcomes from being a member of Clonliffe Harriers is the friends we make during the training sessions, which was evident by the number of members who ran together. This two-by-two approach proved to be very effective with many members being encouraged by their running friends to dig in and achieve a PB. 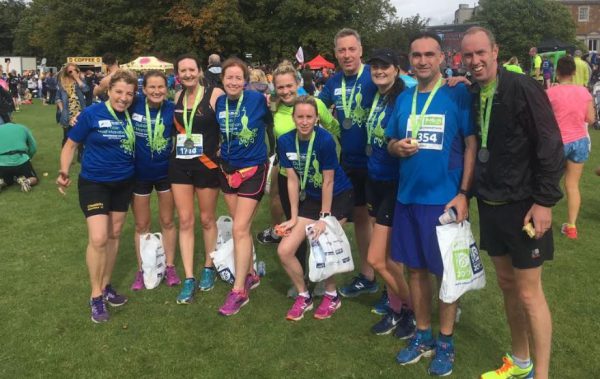 Don’t forget, if you’d like to add your name to the list of volunteers, please speak to Mark Dowling or email markdow6@hotmail.com

To Eugene, Jean and Gerry and all the organising crew, thank you for the hard work you put in each year to create the wonderful race series.

As with every race, questions have been raised;

Congratulations to everyone who ran or raced this weekend, keep digging in.

*apologies if anyone is missing from the list of participants.