Niall Rooney Reports: Twenty-One members form Team Pam & Ben, plus Mark “Pacer” Dowling turned up to sunny Donabate beach with their fishing nets and inflatable rubber rings expecting a spot of sunbathing. However, we quickly learned that this was not to be the case, as despite Pam returning from her Mediterranean cruise looking tanned and stunning, she was not going to let us get away with just bathing in the North Dublin sunshine.

In fact, this was to be no ordinary training session, this was the first of Pam’s Saturday Summer Training Sessions.  The Summer sessions kicked off on the beach, running on the sand is not only natural refreshing, it also reduces impact, strengthens weak muscles, introduces a change of pace and helps build power. Pam advised us that the primary focus should shift from speed to stability, posture and working on our core, and I can safely say we all found an inner strength and used muscles we didn’t know existed.

This session was built around intervals, starting with a set of 30 seconds reps, then moving onto the soft sand for a set of 60 seconds reps, followed by reps where we all got an opportunity to lead the group for as long as we felt comfortable. Some took taking the lead as a challenge, especially Orla “Where’s the picnic” Deighnan who didn’t want to stop her rep and Darren “Back with a Vengeance” Horgan who brought his group charging home, if you listened carefully you could hear both of them singing “Don’t Stop Me Now” and it was obvious they were having a good time!!

As is always the case with this group, we like to end things on a high, this time we lined up for a relay. While some focused on giving it 100% for their team, others had one goal in mind….beating Dec “Getting Faster” Grant!! Despite his alleged jump start, it was Aideen “Happy Anniversary” Brady who dug in and passed the baton first. A big Whoop Whoop to Jennifer Carpenter and her team of magnificently toned teammates who won the first team race of the summer.

As the session came to an end, and with the sun beaming down, the athletes were desperate to show off their summer bodies by quickly stripping off and jumping into a very cold Irish Sea, resulting in planes going off course due to the glare of their milky white skin.

On behalf of the participants, thanks to Pam for organising this challenging series and we look forward to the next leg. I would also like to thank everyone who turned up to make this tough session fun. A special shout out to Sharon Lawlor who showed, that despite a night on the tiles, you should always bring your A Game to a training session. Thankfully Sharon wasn’t tempted to drink the hair of the dog and join a group of lads who were showing off their Conor McGregor skills.

I would also ask you to give a big cheer to:

Mel Curran who was the 3rd lady home in the Santry’s Run Dublin Run 5k on the 20th May.

Dave Reilly who went the extra kilometre in Paris to pop his Half Marathon cherry.

And “The Real Ollie Power” and James “PB” Dunne who both took part in the Edinburgh Marathon. Ollie achieved the perfect negative splits crossing the line in 3:30 and James got a new 3:15 PB.

In some breaking news, myself, Pam, Aideen, Aisling and Laoise are excited to inform you that the exclusive Clonolymics will be returning to the Morton Stadium, date to be confirmed.  Keep and eye out for the posters and let the Games Begin!!!

Before I sign off on this edition of the Rooney Report, it’s with a heavy heart that we say goodbye to Carol “Shot Putt” Flood who is returning to Monaghan.  On behalf of all the members of the group, I would like to wish Carol the best of luck with this next chapter in her life, your support and happy smiles will be missed from our Tuesday and Thursday sessions.

Keep digging in and until next time 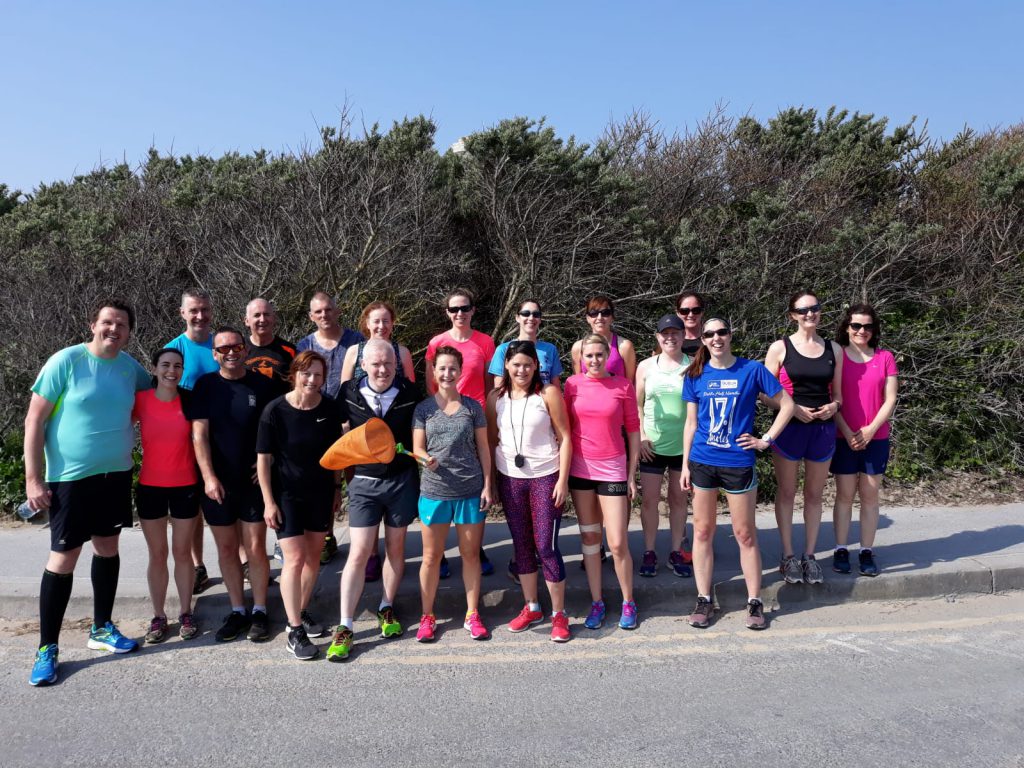