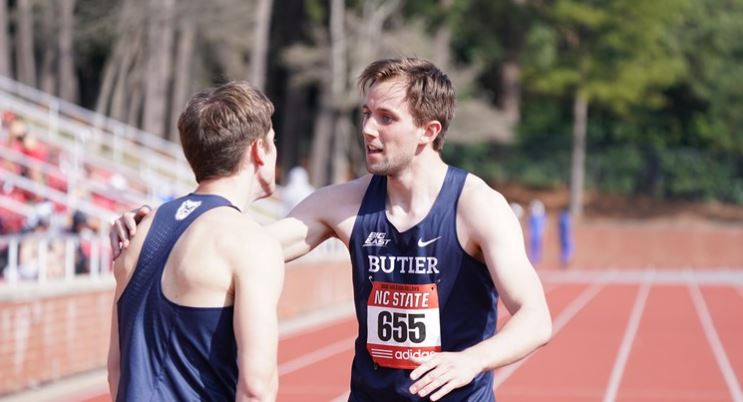 After a fine return to the 400 hurdles this season which included a Clonliffe and indeed Butler University record of 51.07 Tom Pitkin’s NCAA journey is over. On Wednesday Tom came through the NCAA East Regional heats, Jacksonville, FLA with a 51.78 to qualify for yesterday’s round but there his US season came to an end as his 53.06 came up short and wasn’t enough to put him through to the NCAA finals. It has however been a great collegiate season and he now looks forward to the Nationals at the end of next month.

Cathal Doyle’s West 1500 in Texas last night was cancelled due to a lightening storm and is rescheduled for tonight.